Thalang district chief Kongtho Adul Chuthong leads the Thalang clan to file a complaint with Thalang police in Phuket against a Facebook user for doctoring an image of the Two Heroines Monument on Thursday. (Photo by Achadtaya Chuenniran)

PHUKET: Authorities have filed a complaint against a Facebook user for posting a doctored image of the Two Heroines Monument with faces of others and a message showing disrespect to them.

The monument was built in remembrance of two sistets — Thao Thep Kasattri and Thao Sisunthorn, locally known as Ya Chan and Ya Mook (ya is grandma in Thai). They led local residents to fight against an invading Burmese army in 1785

The district chief accused Facebook user by the name "Nong Phing Phra Nakhon’’ of replacing the faces of the two legendary figures with those of other people and posting an improper message showing disrespect to them.

The altered image, posted on Facebook on Feb 24, drew heavy criticism among netizens.

Phuket governor Pakkhapong Thawipat had assigned the Thalang district chief to file the complaint against the Facebook user.

Mr Thanit Pratheep Na Thalang, a member of the Thao Thep Kasattri and Thao Sisunthorn Foundation, said Ya Chan and Ya Mook had led local residents to fight against the Burmese invasion 235 years ago. The Facebook user’s action has emotionally affected Phuket residents.

They wanted legal action against the poster for inputting into a computer system content that affected the reputation of the two heroines who commanded respect from many people. 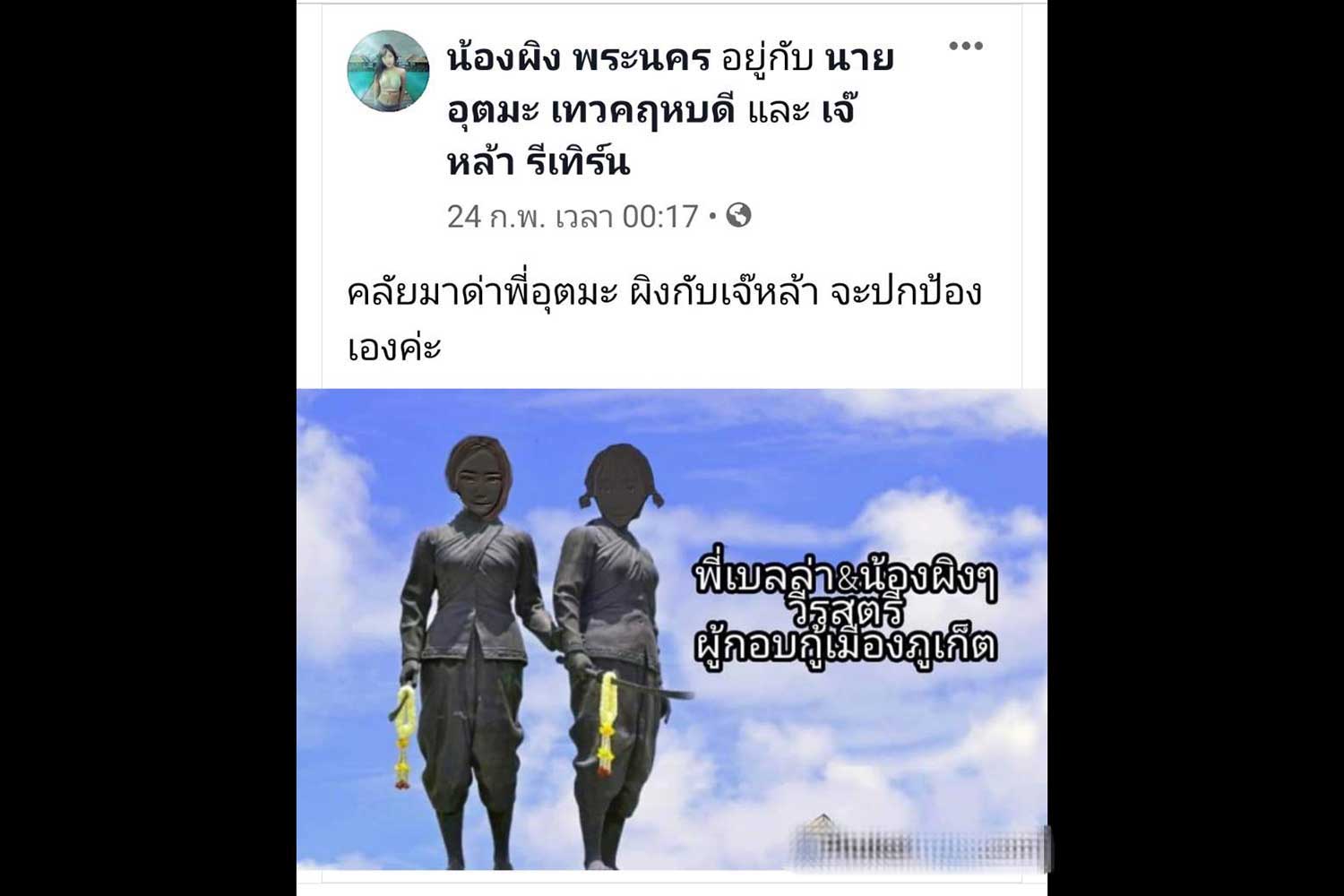 Facebook user Nong Phing Phra Nakhon posts a picture of the Two Heroines with faces of other women and a message 'Phi Bella & Nong Ping Ping -- the heroines who fought to save Phuket'. The message drew heavy criticism online.(Facebook photo)