Five others wounded after bomb detonated as patrol vehicle passed by

A heavily damaged military truck sits on a road in Bacho district of Narathiwat on Friday evening after an explosion that killed one ranger and wounded five others. (Photo by Waedao Harai)

NARATHIWAT: A paramilitary ranger was killed and five others wounded in a roadside bomb blast while they were on patrol in Bacho district of this southern province on Friday, authorities said.

The explosion occurred on a local road at Yalutong village in tambon Khayomatee at about 4pm on Friday when a military truck carrying rangers, attached to the Royal Thai Navy’s marine corps ranger force, were patrolling along the route.

The force of the blast wounded six rangers, one seriously. All were later rushed to Bacho Hospital. Roengrit Temsam, the head of the patrol team, was later pronounced dead, said Col Kriattisak Neewong, spokesman of the Region 4 Forward Command of the Internal Security Operations Command (Isoc).

The blast left a crater about 40 centimetres deep and 100cm wide. Pieces of the bomb were found scattered over the road. The military truck was badly damaged.

Investigators found a home-made bomb was used for the attack. It was planted under a roadside tree and detonated when the patrol truck passed the spot.

Fourth Army commander Lt Gen Pornsak Poonsawat ordered the deployment of a marine corps ranger force to the area, with road checkpoints set up to block possible escape routes as authorities sought to hunt down the assailants.

Thai authorities in January held their first meeting with the Barisan Revolusi Nasional Melayu Patani (BRN) insurgent group. BRN representatives for years had refused to take part in negotiations seeking to resolve the 16-year-old southern conflict that has caused some 7,000 deaths.

The government’s chief negotiator expressed confidence at the time that the meeting in Kuala Lumpur would set the stage for further discussions to bring peace to the restive region. 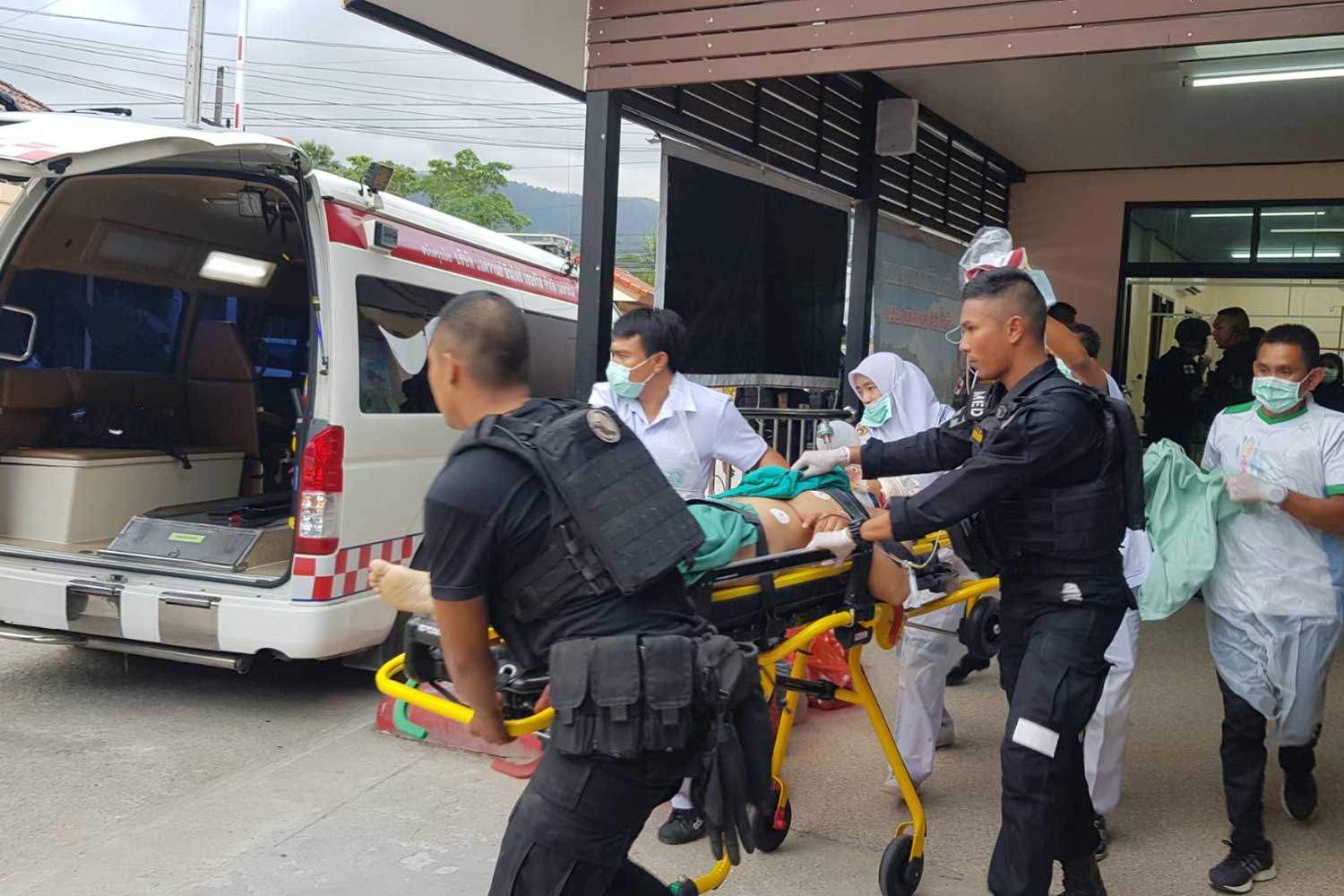 Officers and emergency medical workers take wounded rangers to an ambulance following a bomb blast in Bacho district of Narathiwat on Friday. (Photo by Waedao Harai) 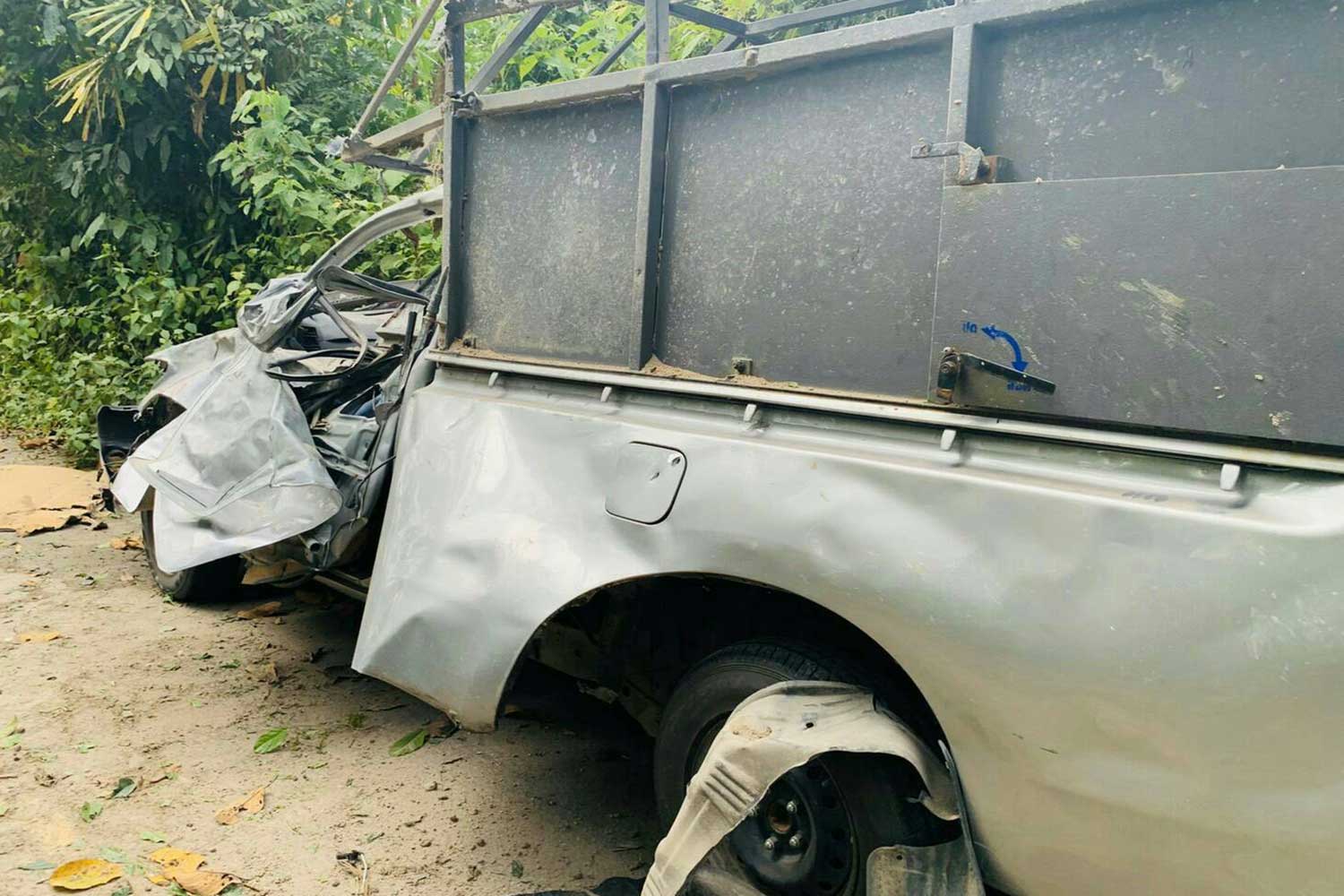