Chulalongkorn University is the best university in Thailand for 20 subjects in this year's QS World University Ranking by Subject 2020 report. 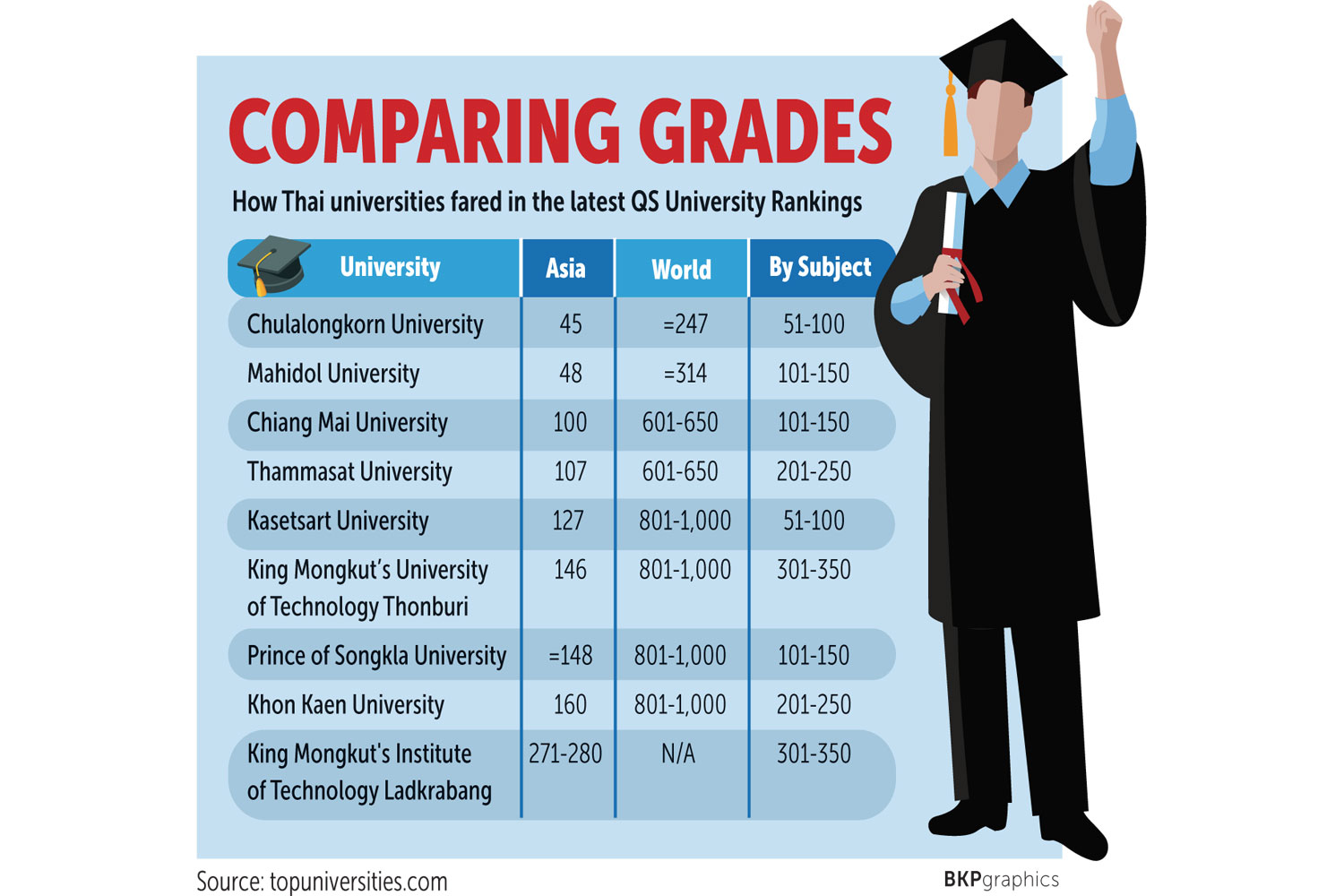 Looking further afield, Development Studies at Chulalongkorn made the grade in the world's top 51-100, while four others -- Architecture, Chemical Engineering, Geography, and Politics and International Studies -- also performed strongly to feature in the 2020 World Ranking's 101-150 top tier, according to the QS report released on Wednesday.

According to Professor Surichai Wun'gaeo, professor emeritus and director of the Centre for Peace and Conflict Studies at Chula, the exceptional performance of Development Studies reflects more than 10 years of effort at the university.

He also added that by being situated in the heart of Southeast Asia and a headquarters location for several leading international organisations, Thailand also benefits significantly from resources in development experiences.

"For more than a decade, Development Studies at Chula has constantly grown through collaboration, research and advocacy with this sector and the expanding civil society," he said.

According to the QS rankings, Chula is the highest-ranked of all universities in Thailand, and placed joint 247th and 45th in the Asian region.

Mahidol University is placed 48th in Asia and joint 314th in the world. Meanwhile, Chiang Mai University is the highest-ranked university in Thailand outside of the capital.

TOKYO: Japanese Prime Minister Fumio Kishida and his Thai counterpart Prayut Chan-o-cha began talks on Thursday in Tokyo in which they are expected to agree on enhancing regional ties through a US-led Indo-Pacific economic framework launched earlier in the week.

The Department of National Parks, Wildlife and Plant Conservation is struggling to feed some 26,000 rescued wild animals, as the government has cut the yearly budget for taking care of them by 50 million baht.