Bombs injure 25 outside SBPAC in Yala

The scene outside the Southern Border Provinces Administrative Centre in Muang district of Yala province after two bombs, one concealed in a pickup, exploded there on Tuesday morning. Several people were injured - including police and reporters. (Photo supplied)

Security camera recordings showed a man parking a pickup truck loaded with steel bars and wood near the SPBAC name board, police said. The man then left on a motorcycle driven by an accomplice.

About 10.30am, a bomb went off in front of the SPBAC. Ten minutes later, the pickup exploded .

Police said the first bomb was a trap, intended to draw people to the scene. They were targeted by the car bomb.

After the first explosion, the SPBAC secretary-general had instructed local people who gathered to have a look to stay in the grounds of the SPBAC, otherwise there would have been more casualties.

The attack occurred while the SBPAC secretary-general, RrAdm Somkiart Pholprayoon, was meeting with governors and health officials to discuss the coronavirus situation in five southern provinces.

Police later confirmed 25 people were injured. There were no initial reports of fatalities. 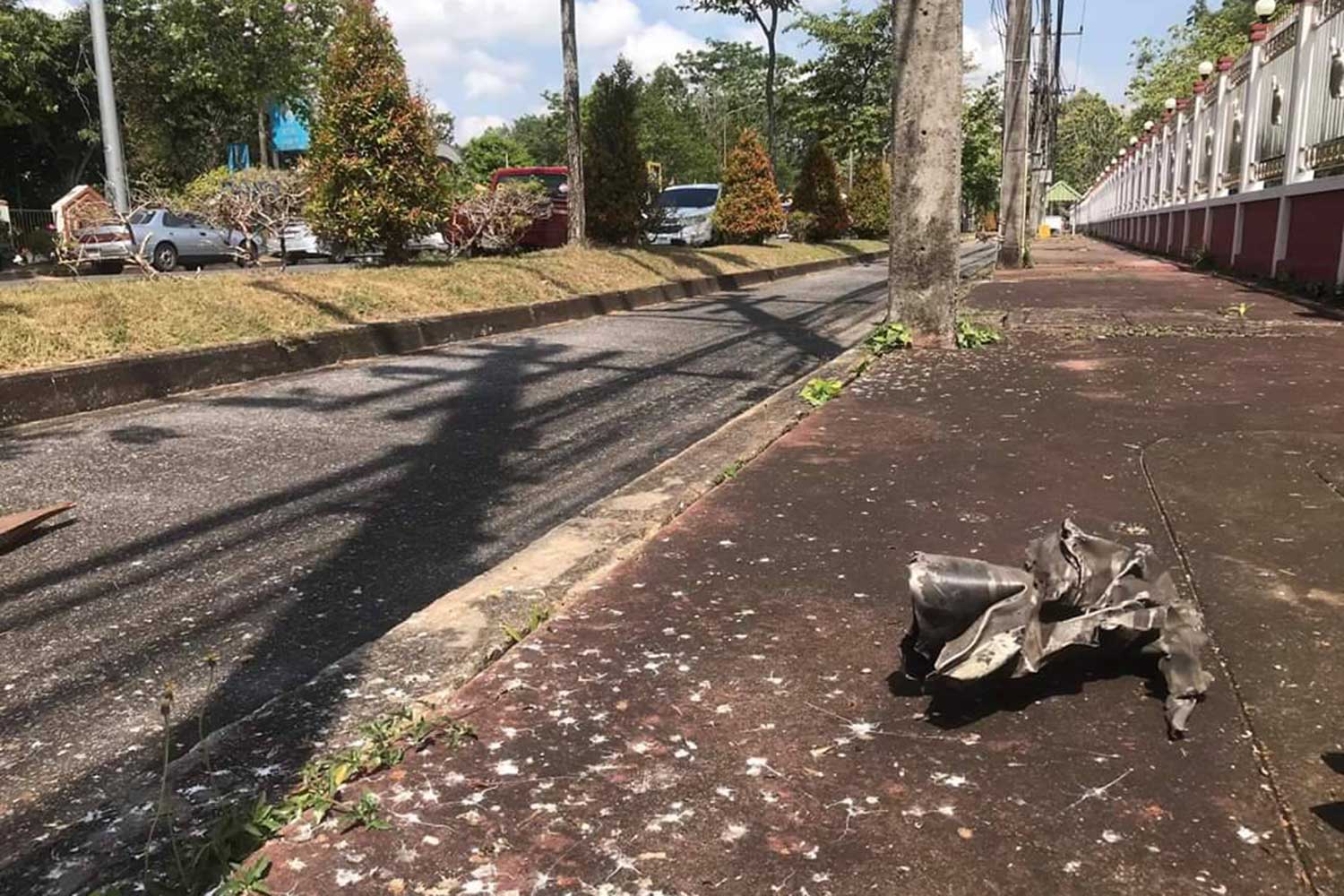