An official document about the seizure of assets from the narcotics ring believed to be run by Chan Xue is placed in front of the door of a house. (Photo by Varuth Hirunyatheb)

The Office of the Narcotics Control Board (ONCB) on Tuesday announced it has seized assets worth 130 million baht from the narcotics ring believed to be run by Chan Xue.

Suriya Singhakamol, deputy secretary-general of the ONCB, told media that the assets and property were recently confiscated from nine sites — one in Bangkok and the rest in Chiang Rai province — where the elusive drug traffickers frequently stayed and used as bases to cross the border into Shan State in Myanmar to buy drugs from the Wa ethnic groups to sell in other countries.

Narcotics police have been trying to arrest Mr Chan and his wife, known as Ah Li, who are believed to be hiding in Shan State, for some time.

Pol Maj Suriya said the pair had laundered much of their wealth in the assets that his teams seized, which include houses, land plots, sports cars, luxury wristwatches and bank books.

One of the largest properties is a large mansion located in Prawet district of Bangkok. The houses and property were listed in the names of relatives of Ms Ah.

No arrests were made during the operation, according to Pol Maj Suriya.

The raids followed a confession from two drug traffickers that the police arrested earlier this year in Phetchaburi, according to to the ONCB.

In another development, local officials in Mukdahan seized about 196 kilogrammes of compressed marijuana from the Mekong riverbank in Wan Yai district on Tuesday morning.

Residents in tambon Pong Kham reported to the village head and Wan Yai district chief Pitinat Nithisthani after seeing seven black plastic bags on the bank of the river near Ban Song Khon.

Local officials opened the bags and discovered dried marijuana, weighing altogether about 196kg, with a street value of about 400,000 baht.

The drug was believed to have been smuggled across the Mekong during the night and left on the river bank to be picked up by couriers. 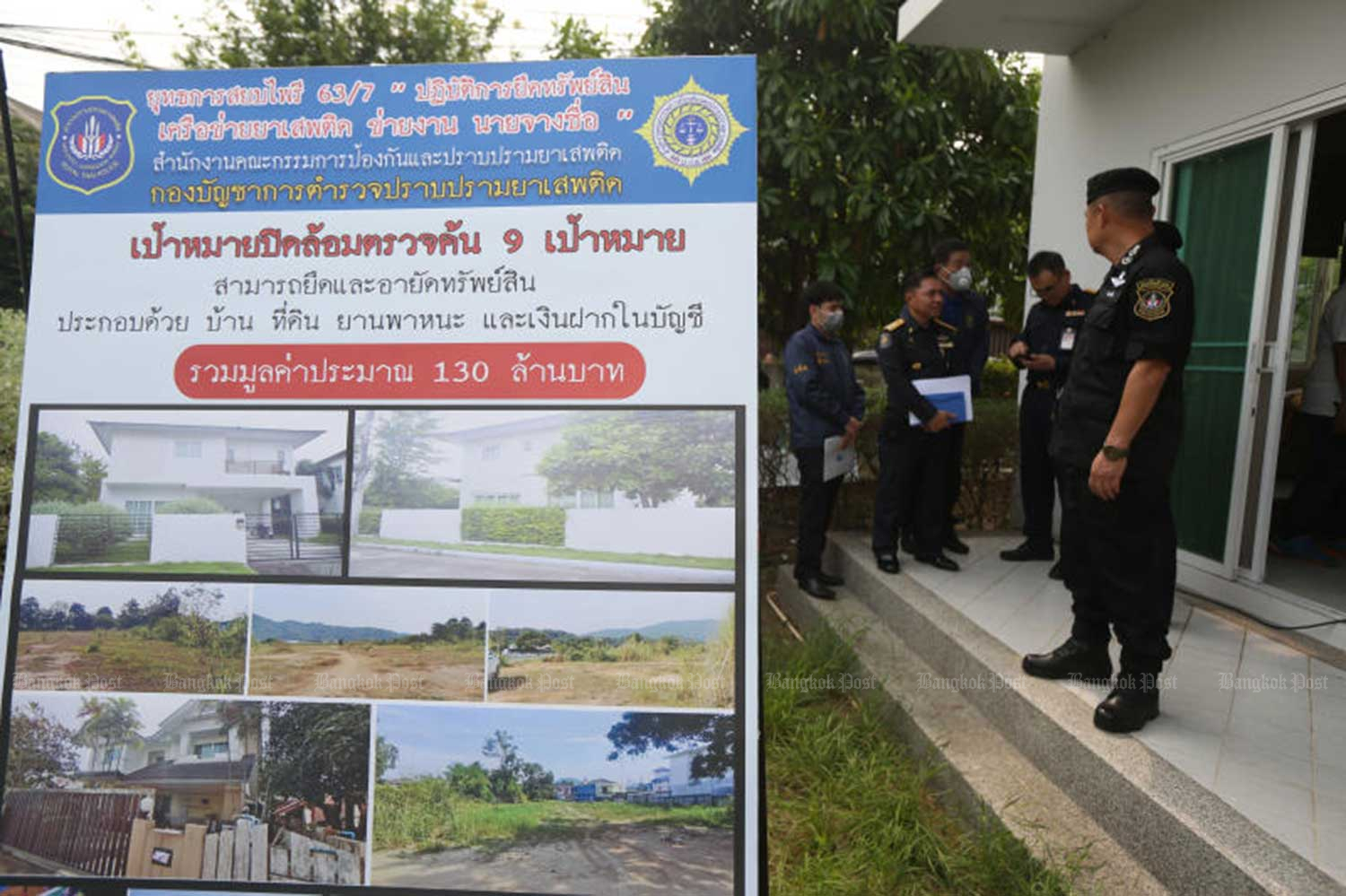 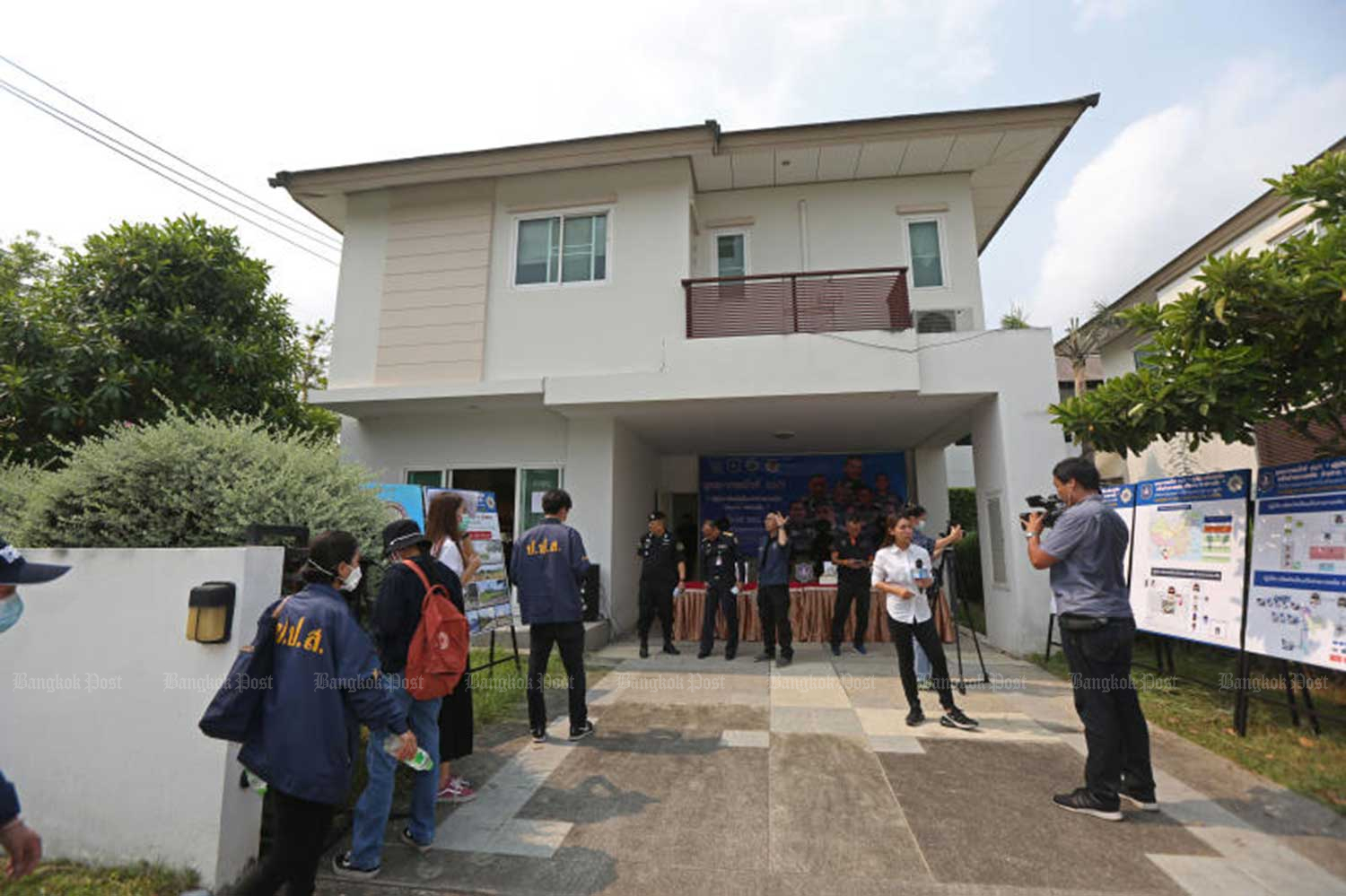