Bars, entertainment venues, traditional massage parlours, gyms, theatres, cinemas as well as international schools and universities in Bangkok and surrounding provinces will be closed from today to combat the Covid-19 outbreak.

These measures were endorsed by the cabinet yesterday in a move to stop local transmission from spreading from the capital, which has borne the brunt of the outbreak, to the provinces.

The April 13-15 Songkran break has also been postponed to stop huge crowds of people from heading to their home towns to celebrate.

Tighter controls on foreigners from high-risk countries and territories are also being implemented.

After the cabinet meeting, Prime Minister Prayut Chan-o-cha said these measures are a bid to slow down Stage 2 of the virus outbreak for as long as possible, with restrictions to be imposed on certain activities.

Combating Covid-19 has become a priority, he said, adding that the government will expedite remedial measures to rehabilitate the economy once the situation improves.

The PM also insisted that Bangkok was not under lockdown but that controls are being enforced to prevent the further spread of the virus. 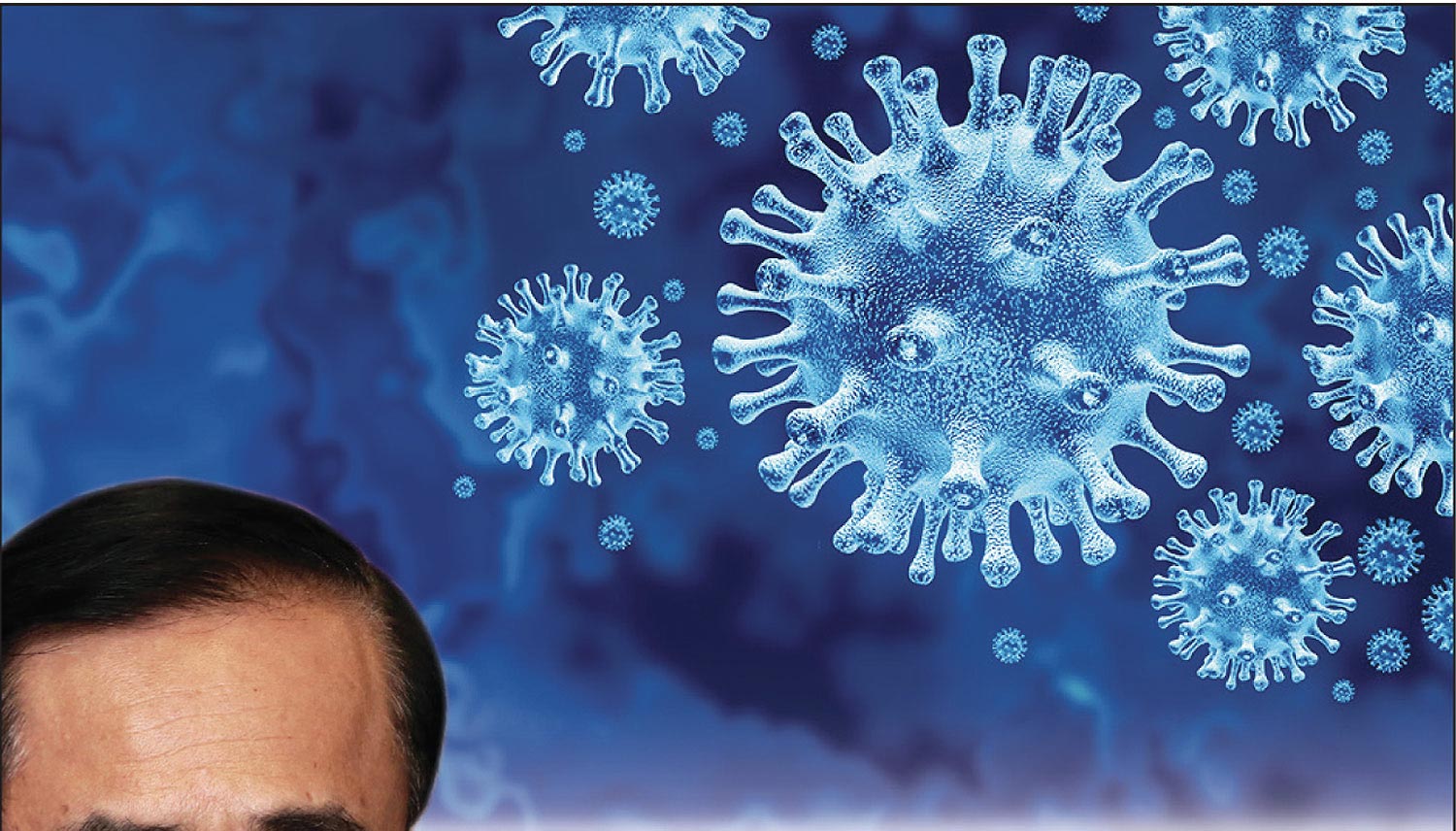 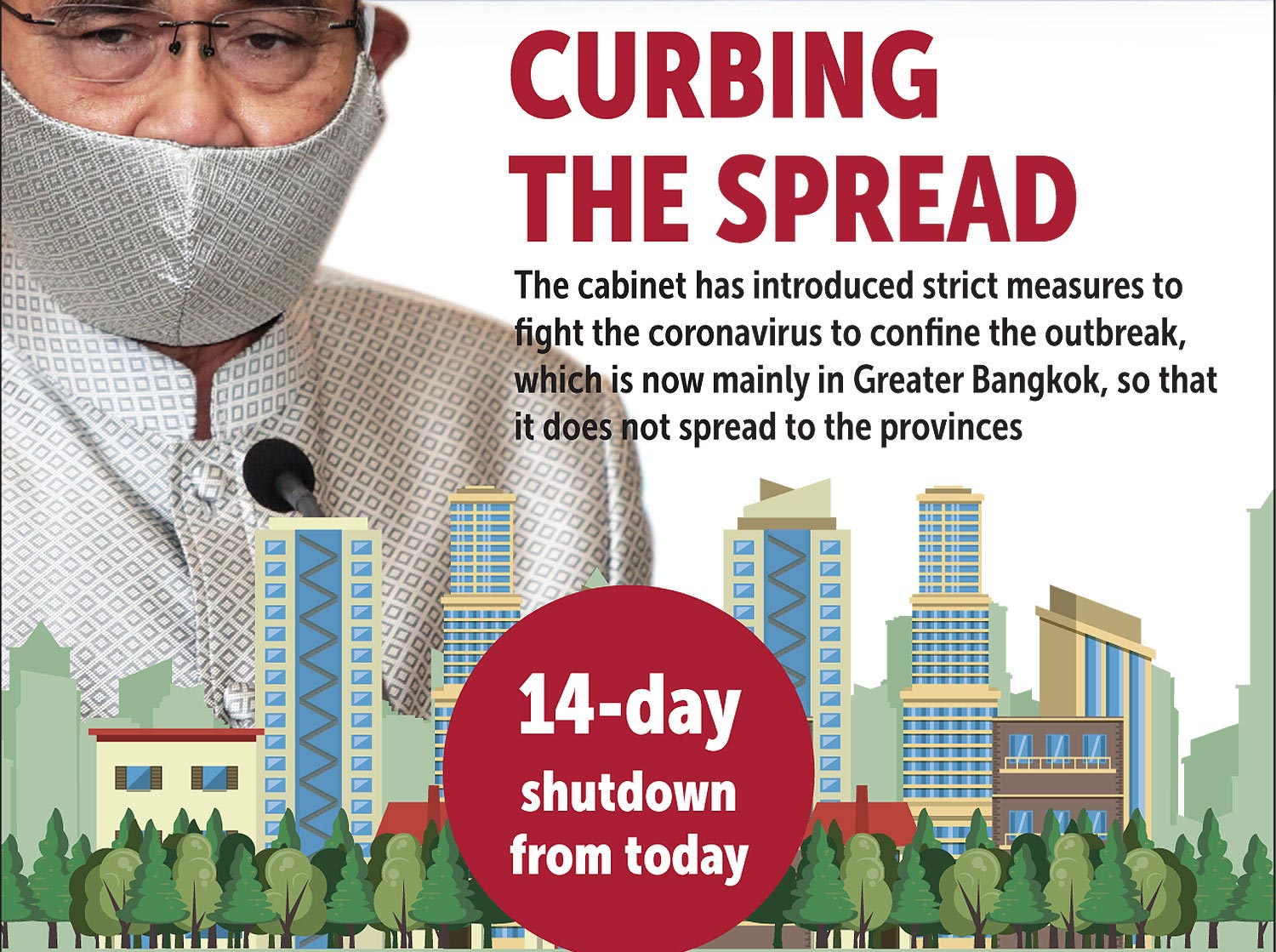 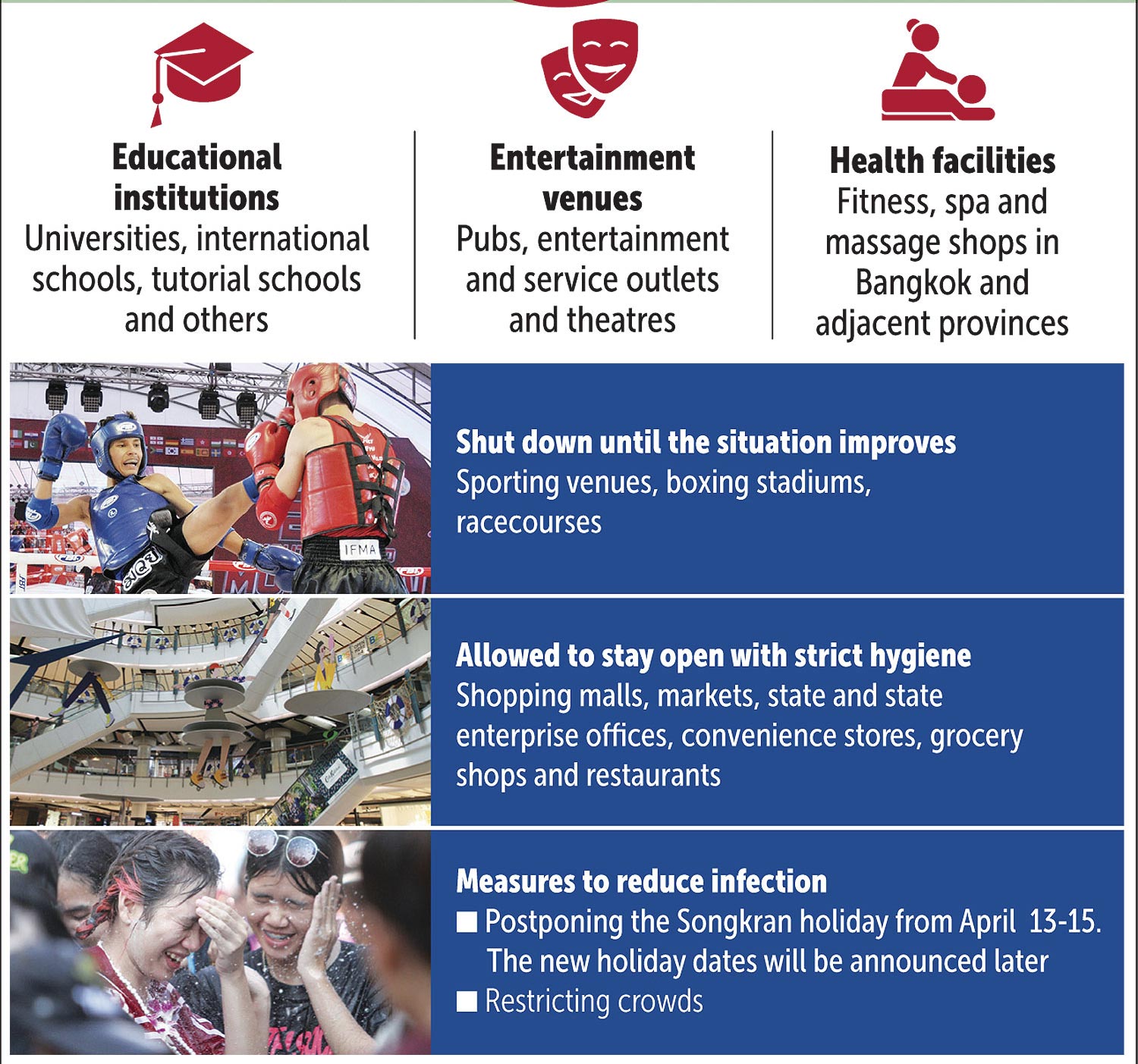 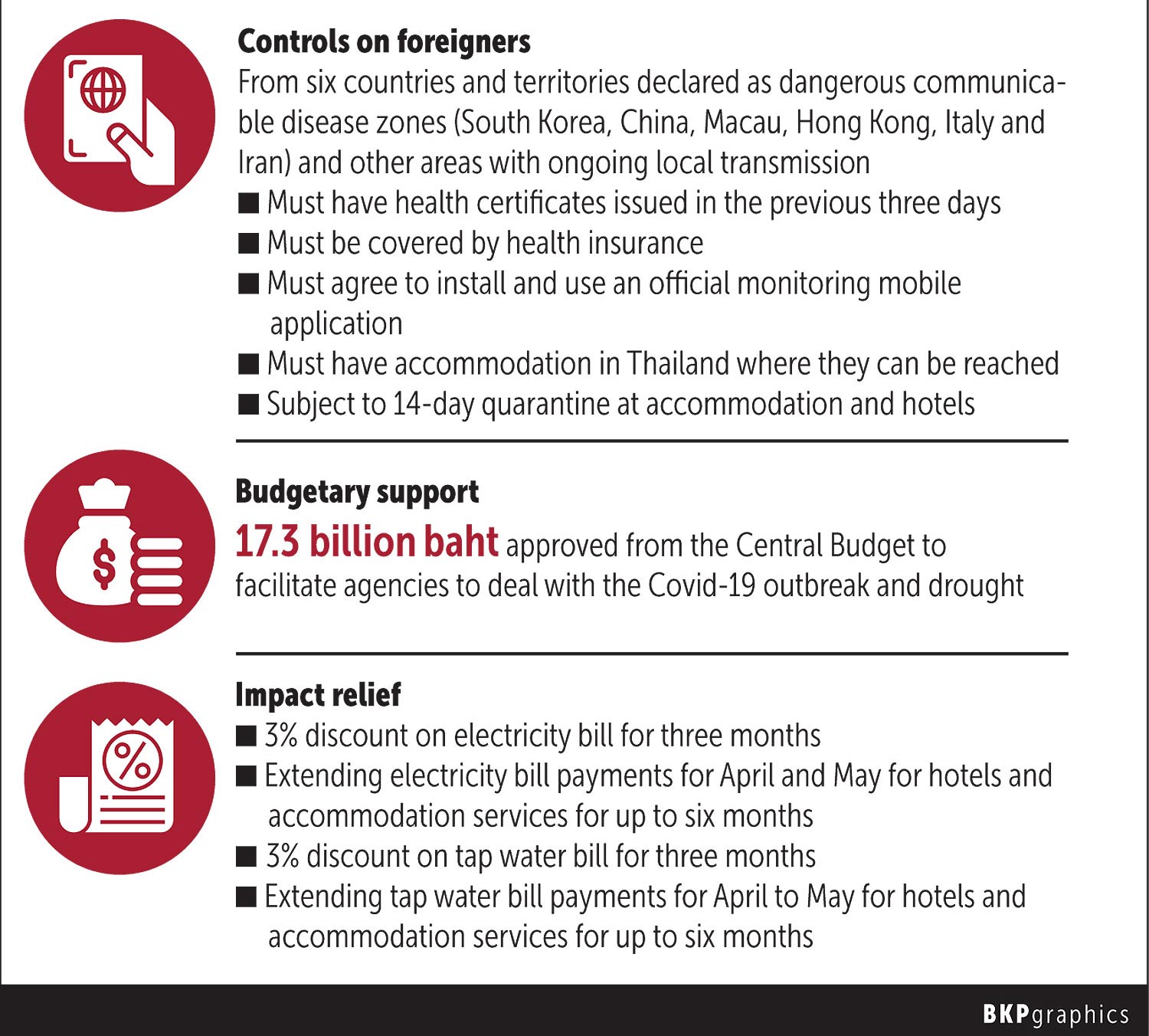 Meanwhile, during the 14-day closure, all venues will have to be cleaned and strict preventive measures implemented.

Provincial governors and communicable disease committees will also be asked to consider suspending concerts, trade fairs, religious and cultural activities as well as sports events in their provinces.

Department stores, markets, restaurants, eateries, public offices and state enterprises will remain open, but have been instructed to take preventive measures such as disinfecting surfaces and using thermal scanners.

The frequency of public transport services will be increased to avoid congestion.

Meanwhile, inter-provincial mass movements, such as by military personnel and migrant workers, must be avoided.

Government offices will adopt overlapping working hours and working at home, and opt for teleconferencing.

Governors, including the Bangkok governor, may decide to restrict movement and impose measures to reduce risks as they see fit under the Communicable Disease Act.

They must also agree to install and use a mobile monitoring application.

These measures also apply to countries where the virus is spreading.

Also yesterday, the cabinet earmarked 17.3 billion baht from funds reserved for emergencies to ease the impact of Covid-19 and drought, as well as support a reduction in utility bills.

Related agencies will also present measures to help affected businesses and households to the cabinet for approval next week.

Meanwhile, Public Health Minister Anutin Charnvirakul said entertainment venues in Bangkok and nearby provinces will be closed for 14 days for a major clean-up and disinfecting operation.

He said the ministry will empower provincial governors under the Communicable Disease Act to ensure the closures, adding that schools and universities are advised to hold online classes instead.