Wat Sothon Wararam Worawihan in Chachoengsao province, which houses the revered Luang Phor Phra Buddha Shinnarat Buddha image, has been closed for two weeks to protect worshippers from the spread of Covid-19. (Photo by Sonthanaporn Inchan)

Famous Wat Sothon Wararam Worawihan in Chachoengsao province will be closed until March 31 for the protection of worshippers, after the chairman of the provincial administration (PAO) and his wife caught the coronarivus disease.

Chachoengsao governor Raphi Phongbuppakit said on Wednesday that Phra Tham Mangkhalacharn, abbot of Wat Sothon Wararam Worawihan, had expressed concern over the spread of the coronarivus and the possibility it might infect worshippers of a highly revered Buddha image, Luang Pho Sothon.

He said the abbot had decided to prohibit the worship of Luang Pho Sothon for two weeks, from March 19 to 31.

The annual event of lifting the famous Buddha image from the water (the Bang Pakong River), scheduled for April 8-10, would also be cancelled, the governor said.

In Chachoengsao, two people have so far been confirmed infected with Covid-19.

They are the provincial administration organisation (PAO) chairman, Kitti Paopiamsap, and his wife. There are concerns for the many people who interacted with them at the numerous social fiunctions they attended. (continues below) 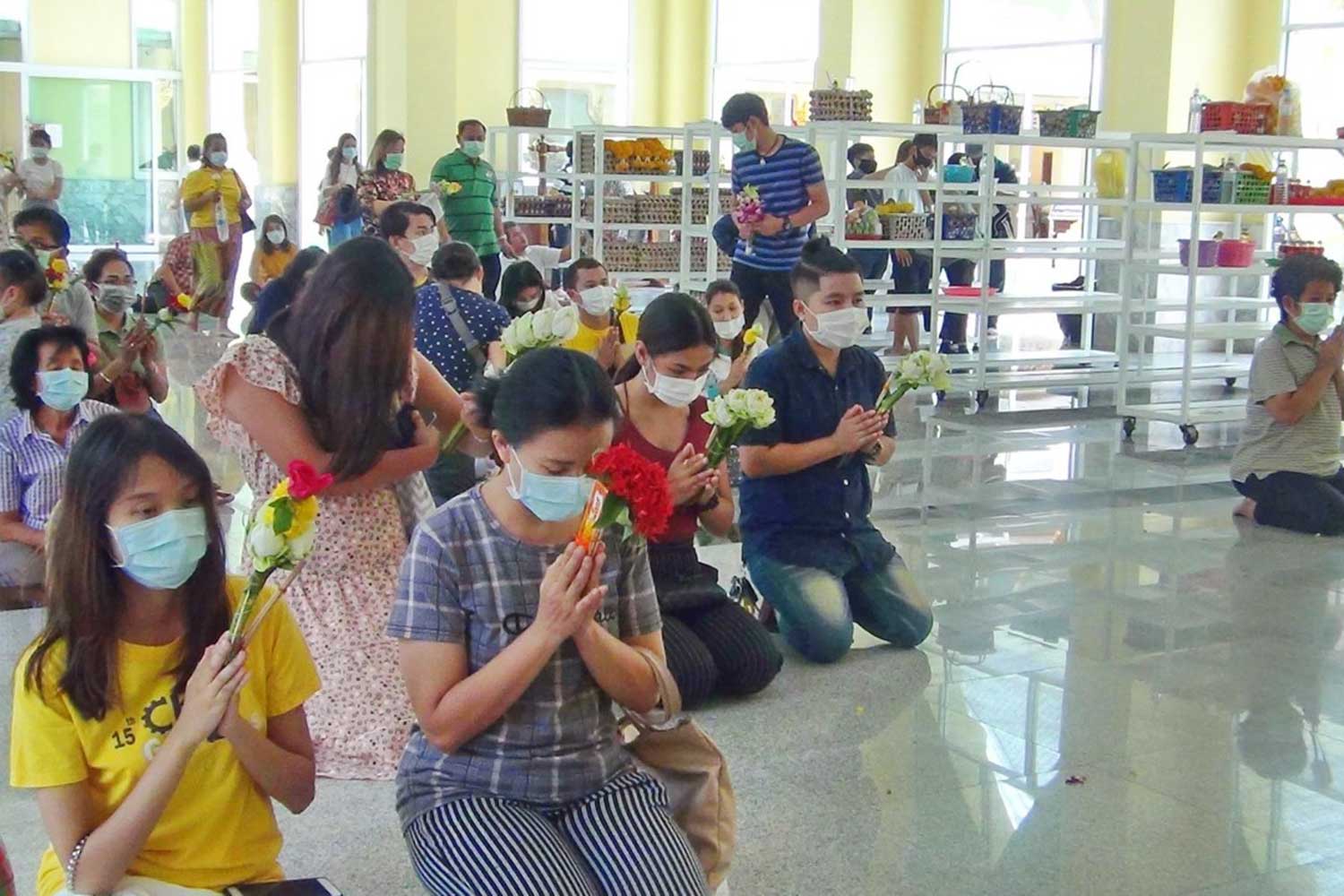 People  worship Luang Pho Sothon at the temple in Chachoengsao on Wednesday. (Photo by Sonthanaporn Inchan)

Public health authorities have  asked the couple to self-quarantine at their home for 14 days.

Mr Kitti posted on his Facebook page under the name of “Phuyai Kai Rak Paetriew’’ on Sunday, saying that a lab test confirmed he was infected with Covid-19.

The PAO chairman believed he caught the virus at Lumpini Boxing Stadium on March 6.

Sikri Vorachina, a temple guard, said the new times began on Tuesday. Since the outbreak of the coronavirus the temple has regularly sprayed disinfectant in the compound and prepared alcohol gel for visitors. The temple also suspended evening prayers, he said. 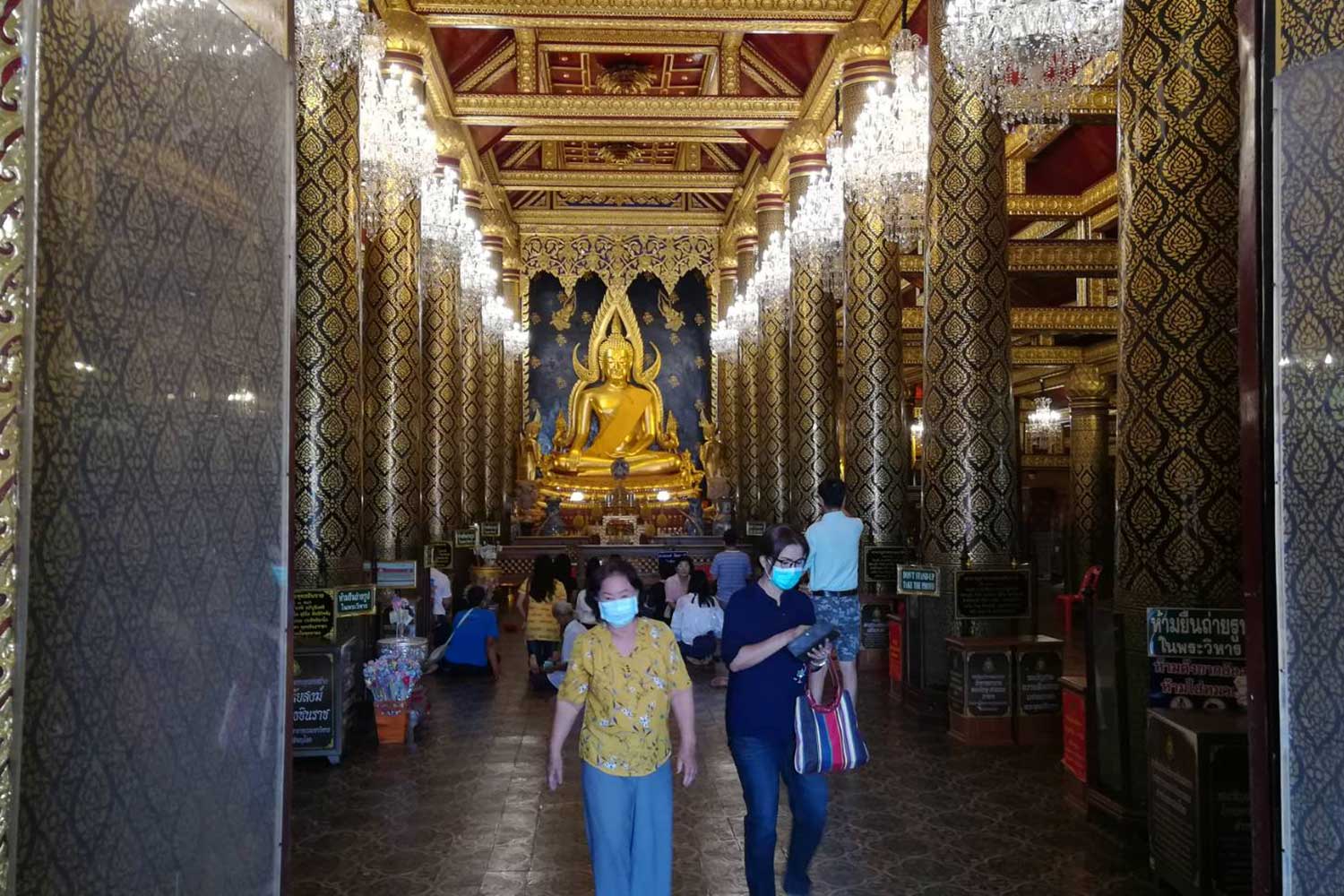