KANCHANABURI: The Kanchanaburi provincial court has sentenced a former managing director of Thai Diary Industry Co to one year in jail for encroaching on a forest area in the compound of Erawan National Park, where a resort was built.

The court handed down its verdict on March 12 in a lawsuit filed by public prosecutors against Chokechai Supavanich, said Niphon Chamnongsirisak, director of the 3 rd Conservation Area in Ban Phong, on Thursday.

Mr Chokechai, 77, was guilty of illegally occupying forestland in violation of the Forestry Act. The court sentenced him to one year in jail and ordered him, as well as his workers and aides, to leave the Erawan National Park.

The defendant built a resort with three buildings on more than one rai on a hill by a cliff in an area considered to be a watershed.

Officials earlier posted the demolition order at Mr Chokechai’s resort in tambon Kradan of Sri Sawat district on Feb 28. He was given 30 days to demolish it.

Park officials seized the resort after a 2014 survey using GPS confirmed the land was part of the park. 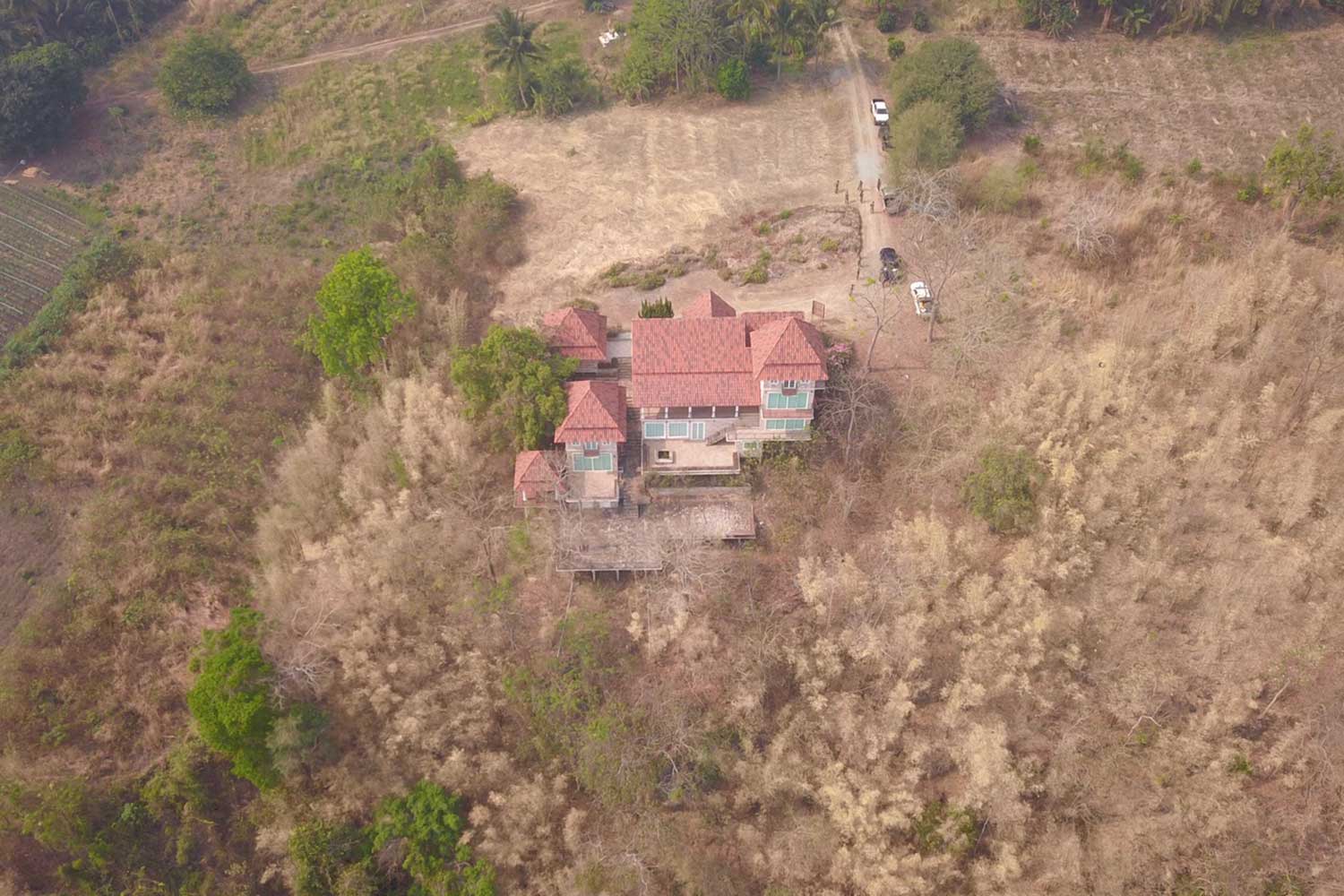 An aerial view shows the location of the resort. (Photo by Piyarach Chongcharoen) 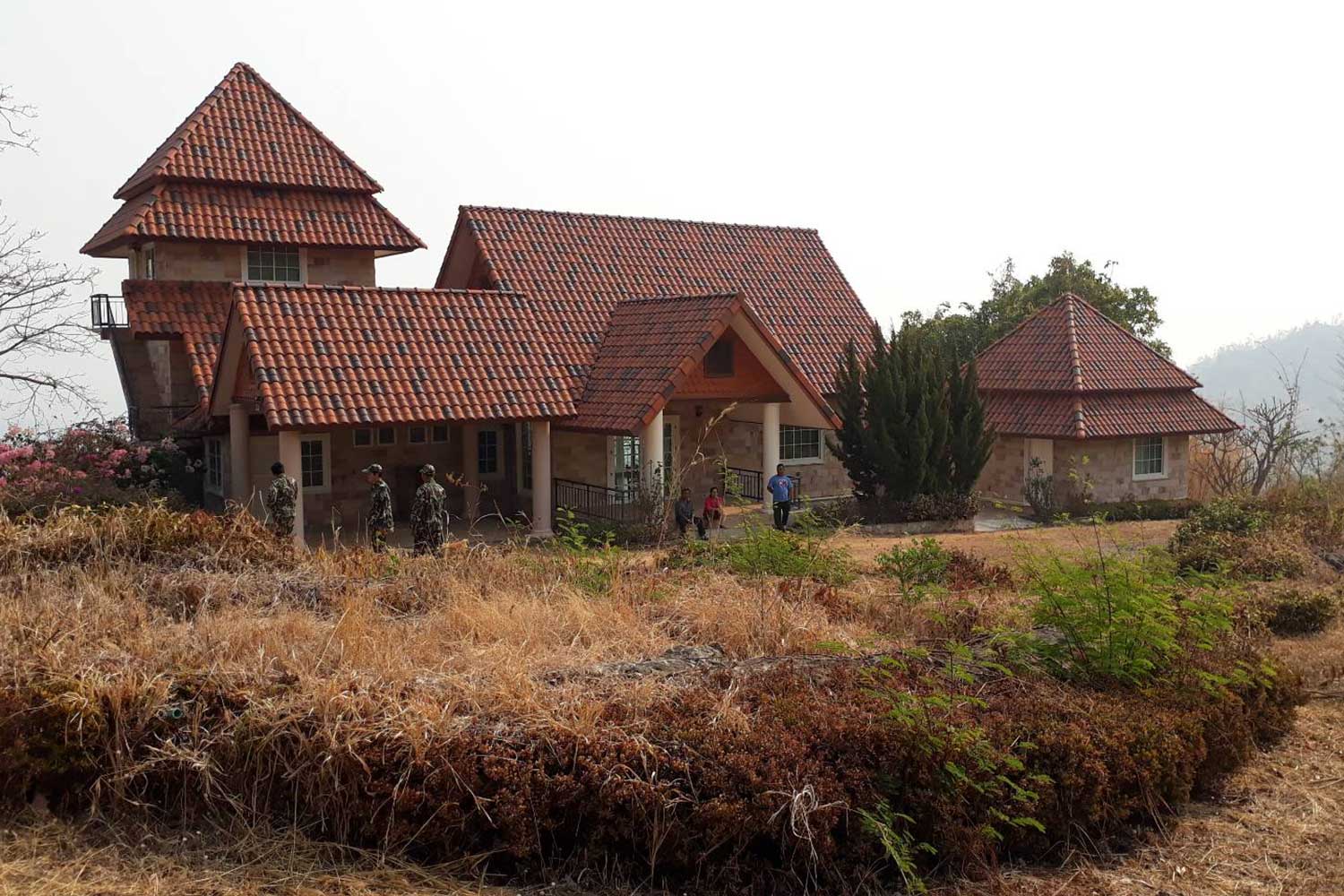