Health certificates required of all visitors

A traveller wearing a face mask at Don Mueang airport on Friday. (Photo by Arnun Chonmahatrakool)

The government will extend the requirement of medical certificates and health insurance from Sunday to cover all visitors to the country regardless of nationalities to curb the spread of the coronavirus.

Thailand reported 60 new coronavirus cases, the biggest daily jump in the number of cases so far to take its total infections to 272, the Public Health Ministry said on Thursday.

Travellers to Thailand have to now show authorities a health certificate, issued no more than 72 hours before travelling, confirming that they have been tested and are free from the virus. They must also present an insurance policy showing minimum coverage for coronavirus of not less than US$100,000. 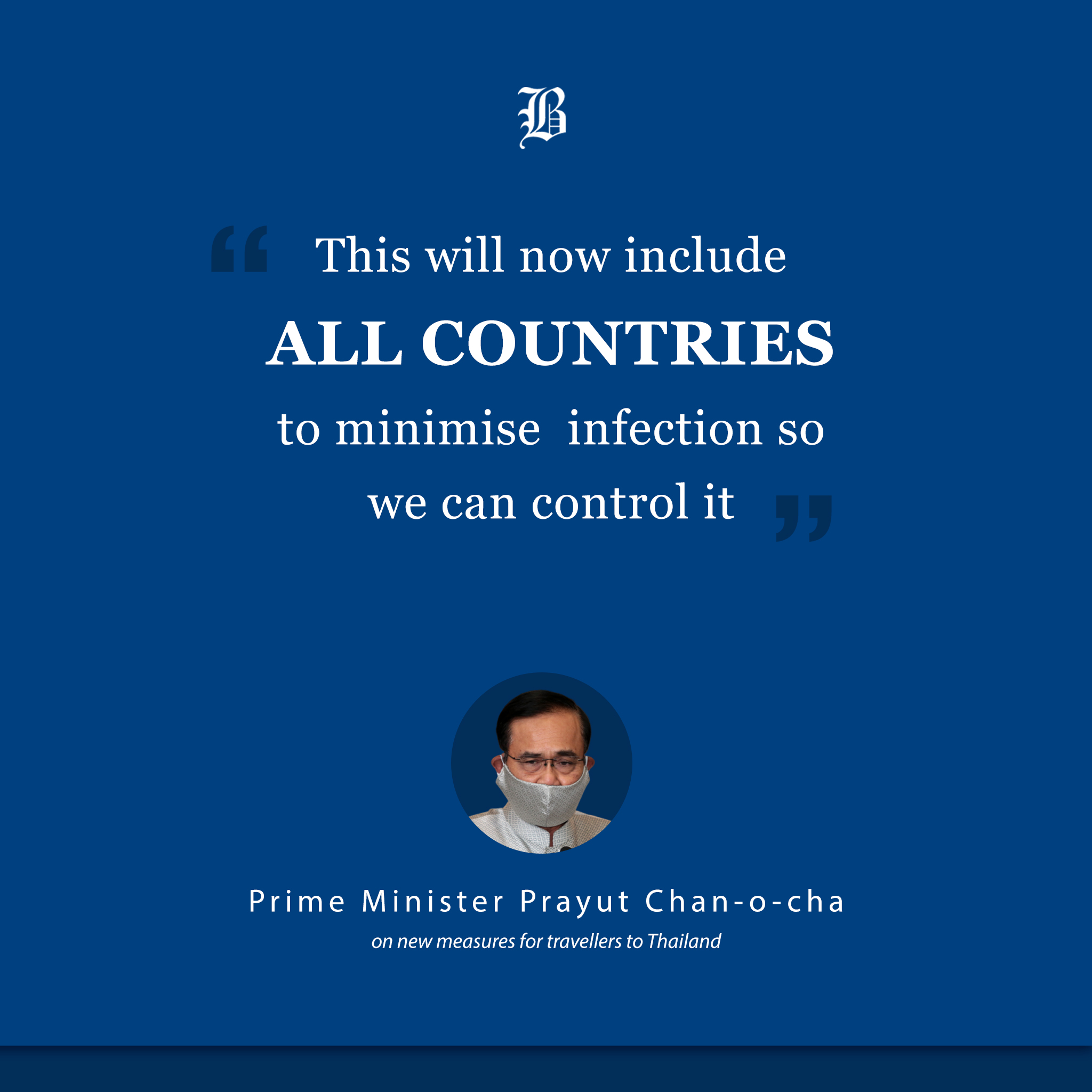 "We are blocking infection from coming into the country. That is why people need medical certificates and health insurance to enter Thailand," Prime Minister Prayut Chan-o-cha said on Thursday.

"This will now include all countries to minimise infection so we can control it," he said.

The Civil Aviation Authority of Thailand (CAAT) announced on Thursday night that the new measure will take effect on Sunday. It also made clear the requirement for Thais returning to the country.

Since people cannot get tested for the virus in most places at the moment due to the high costs and shortages of test kits, the requirement is in effect a travel ban although the government stopped short of describing it as such.

"The measure aims to minimise the number of arrivals as much as possible," said government spokeswoman Narumon Pinyosinwat.

Public Health Minister Anutin Charnvirakul also said the measure should discourage foreigners from travelling to Thailand. "We are enforcing strict measures so that it will be very difficult for them to come here."

The Interior Ministry will also close all borders, he added, without elaborating.

The introduction of the new measures comes as dozens of civil society organisations in Thailand demand the government close the border and restrict people's movement to limit infection.

CAAT requires Thai returnees to show fit-to-fly health certificates and a letter acknowledging their return issued by a Thai embassy, a Thai consulate-general or the Foreign Ministry. Thailand has recorded a large jump in the number of infections this week which the health authority has divided into new imported cases and those with connection to earlier cases.

The rise in the number of infections has led the government to close down schools, universities, and entertainment venues around the country which started to take effect on Wednesday.

Thailand has recorded one death since the outbreak, with 42 patients having recovered and gone home and 229 still being treated in hospital. 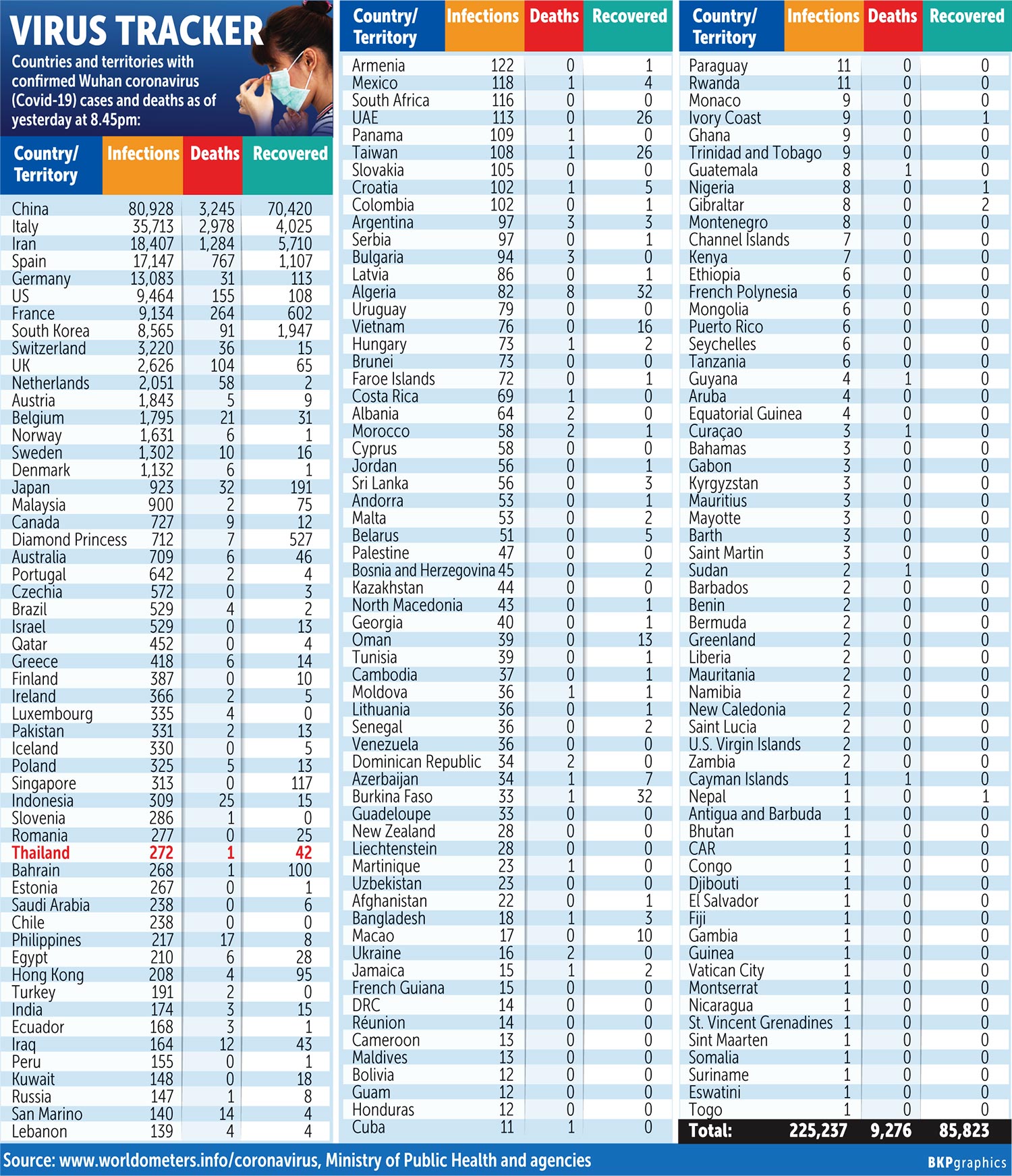