An arrest warrant issued for the arrest of the 23-year-old son, inset, of an education official in Si Sa Ket province on multiple charges of vandalising cars. (Photo by Sanoh Worarak)

SI SA KET: An arrest warrant has been issued for a 23-year-old man for vandalising cars and setting fire to his own house to put pressure on his mother to buy him an expensive motorbike.

The Si Sa Ket provincial court on Thursday approved a warrant for the arrest of Jetkhati Wonglert, 23, of Muang district, for causing damage to property and offences posing a danger to other people.

Police applied for the warrant after Mr Jetkhati allegedly used a lump of concrete while riding a big bike to smash the rear window of a car parked at Si Sa Ket Primary Educational Service Area Office 1 on March 16. The car belonged to a teacher who was at meeting there.

The car vandalism was the latest in a series, dating back to temper tantrums when his mother refused to give him the money to buy a big bike four years ago.

Pol Col Theppithak Saengkla, chief of Muang police station, said on Friday that police had earlier contacted the suspect’s mother, asking her to bring him in to hear charges laid against him.

An informer told police Mr Jetkhatri had fled, so his mother could not comply. So police obtained a warrant from the court.

The incident on March 16 was the eighth car he had vandalised, according to Pol Col Theppithak.

On Feb 19, 2016, the suspect had asked his mother for money to buy a big bike costing 800,000-900,000 baht. When Ms Rujiraporn did not give him the money, he went on a rampage, attacking and damaging parked cars on four occasions.

On Feb 26, 2016, he set his house on fire, to put pressure on his mother. She finally bowed to his demand and gave him the money.

But after getting the big bike, the man did not turn over a new leaf. In 2017, he carried out two similar attacks on parked cars. And recently, he smashed in the windows on other people’s cars on March 10 and on March 16, Pol Col Theppithak said. 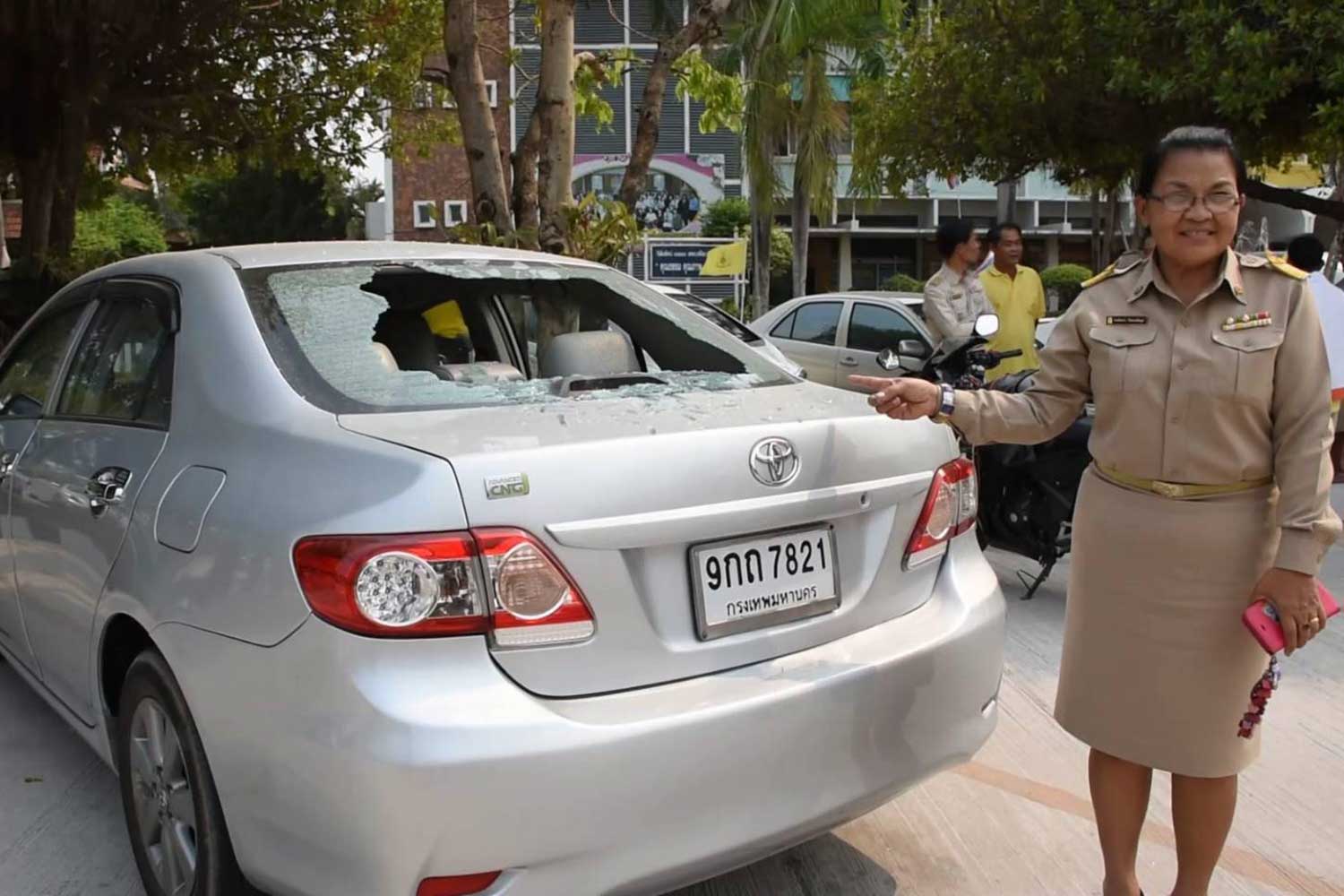 A teacher points at the broken rear window of her car, parked in the compound of the Si Sa Ket Primary Educational Service Area Office 1 on March 16. (Photo: Sanoh Worarak) 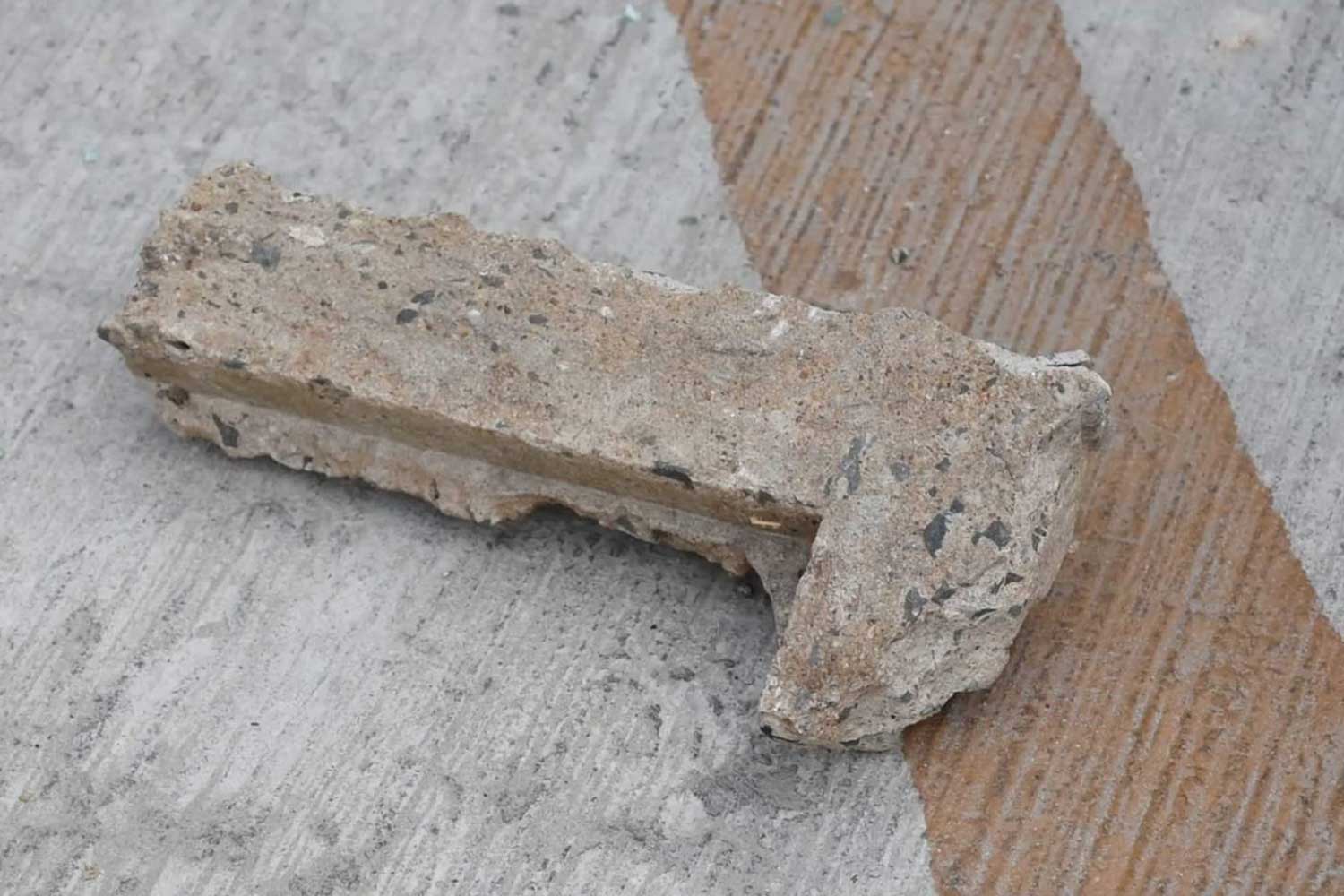 A  chunk of conrete  left at the screen of the vandalism in the car park  at Si Sa Ket Primary Educational Service Area Office 1. (Photo by Sanoh Worarak)