Organiser of the drive known as "One Man and the Sea" decided to abort the project to comply with the prime minister’s enforcement of the 2005 Executive Decree on Public Administration in Emergency Situations to contain the transmission of the pandemic.

Phakin, one of seven swimmers in the campaign, thanked supporters who helped to provide donation money.

Over six days the campaign raised 2,506,279 baht. Money will be donated to the Marine and Coastal Resources Department to buy equipment for veterinary hospitals for the treatment of marine animals.

The 18-day-campaign started last Thursday. Swimmers were intending to swim between 12 islands from Ko Surat Thani to Ko Samui in Surat Thani province for a total of 82 kilometres. 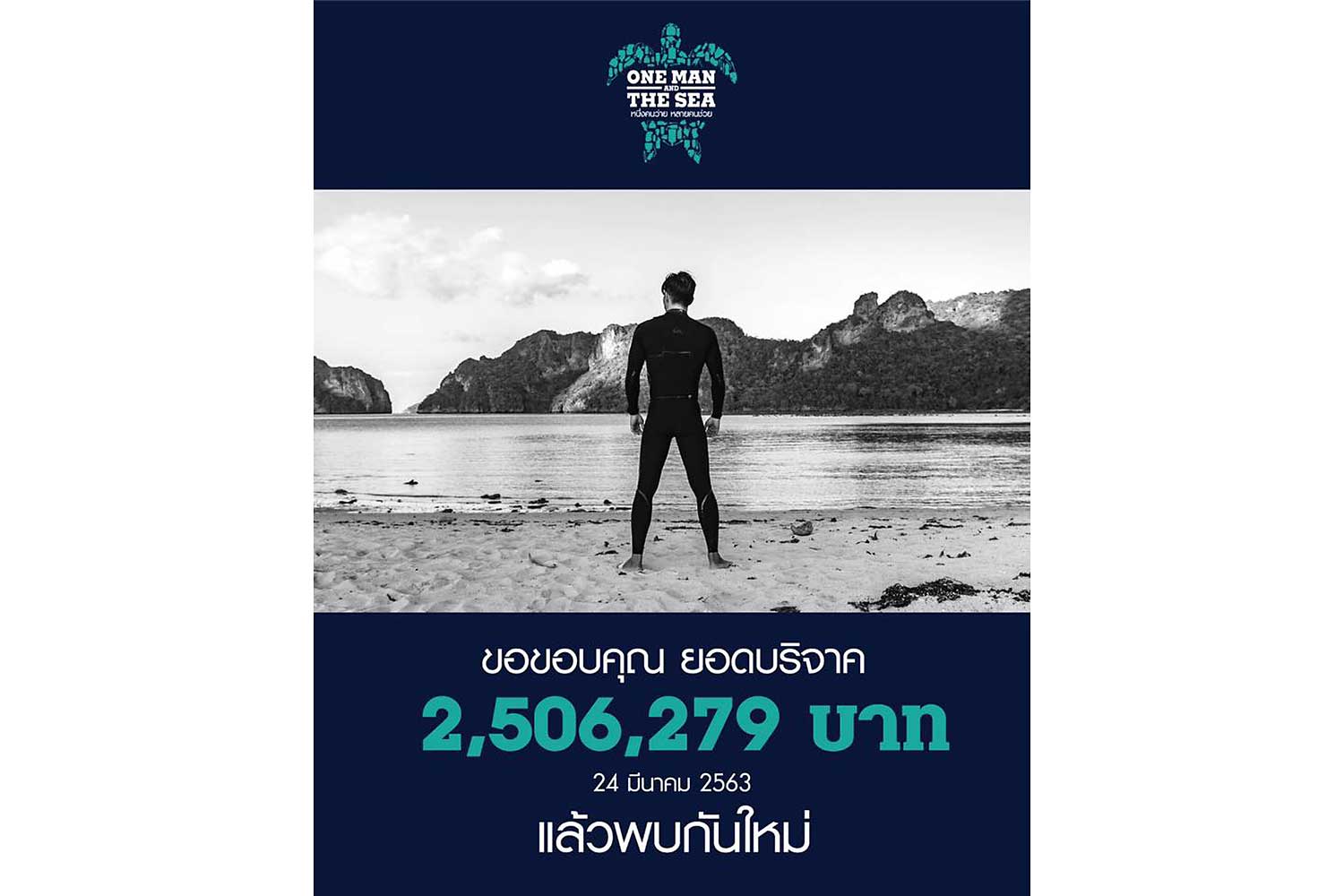 Six days of the campaign raised 2,506,279 baht for marine conservation. Actor Phakin "Tono'' Khamwilaisak has thanked people for donating to the swimming campaign known as "One Man and the Sea''. (Photo taken from Kebruk Facebook page)

Authorities are tracing 326 people who came in contact with a Thai woman in Chiang Mai who was diagnosed with Covid-19 and visited a major mall among other places.