Twenty-two revellers at a drug party in Chiang Rai yesterday were arrested yesterday for gathering in defiance of the nationwide Emergency Decree.

Comprising 10 men and 12 women between the ages of 20 and 30, they were nabbed at a hotel in Muang district.

They were attending a pool party where alcohol and drugs such as ecstasy and ketamine were being served. Police also confiscated 237,000 baht in cash found in a bag.

An initial investigation showed that a 24-year-old from Trat had been holding parties at the hotel since Thursday. It is not known if he started holding the parties there because most public venues are unavailable during the virus scare.

Apart from drug-related charges, the detainees will also be penalised for defying the Emergency Decree, which bans gatherings. The penalty is two years in prison and/or a fine of up to 40,000 baht. Chiang Rai has five Covid-19 cases.

The detainees were identified as Natthawut, 51; Suwit, 55; Charoon, 40; Praiwan, 48; Natthapol, 28; and Natthapong, 39. No surnames were supplied. Police said that while some were wearing masks to protect themselves from the coronavirus, they were still violating the Emergency Decree by sitting around a table to play the game. Gambling is also a crime in Thailand. 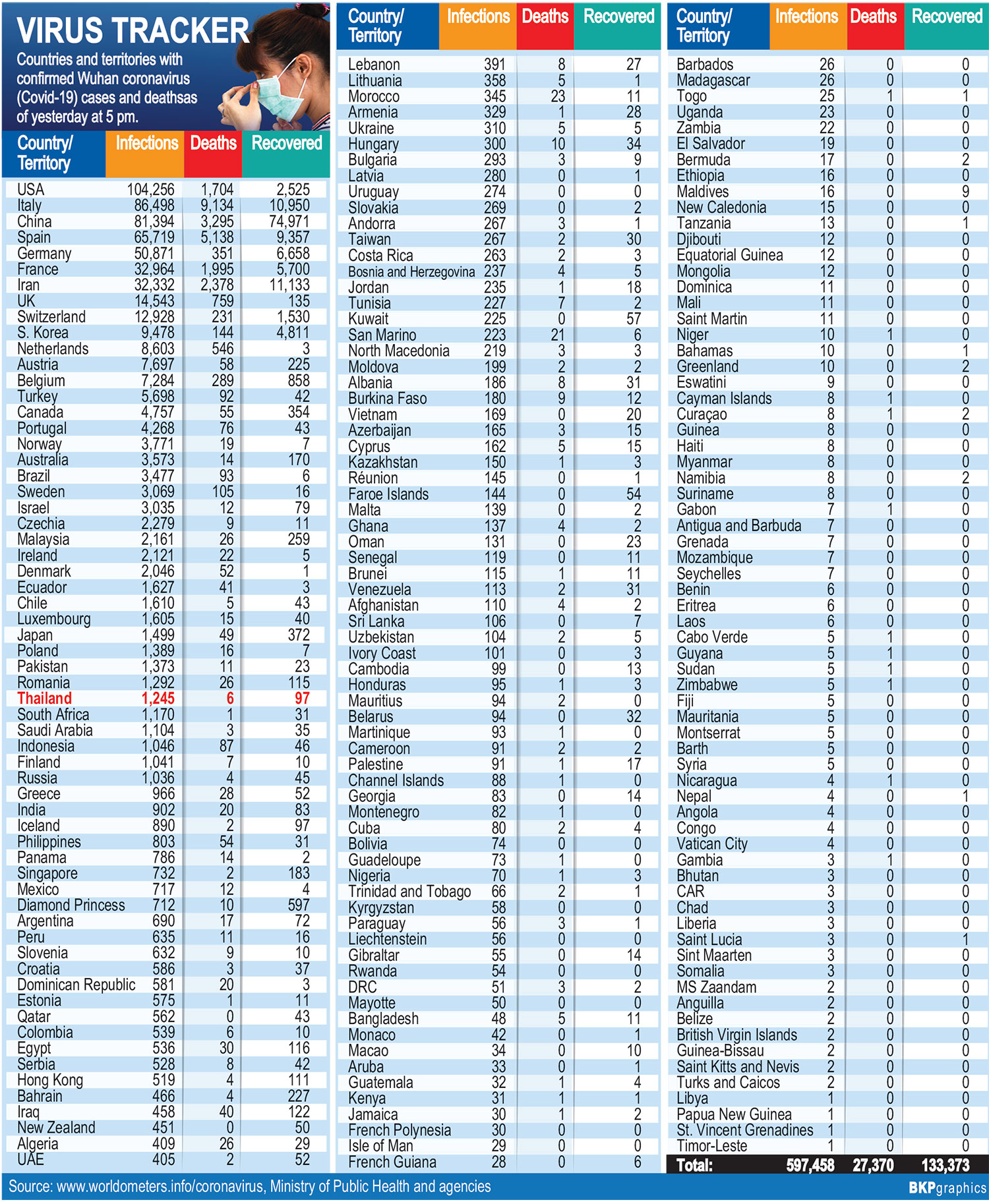