A motorcyclist passes Patong beach in Phuket on Friday as the area is closed to contain the spread of Covid-19. (Photo by Achadtaya Chuenniran)

PHUKET: Thirteen more people have been infected with the coronavirus in Phuket, raising the total to 100.

The Phuket communicable disease committee announced on Friday that 11 Thais and two foreigners were infected in the past 24 hours.

A Hungarian man, 25, has been in Phuket with friends since November last year. He frequently visited entertainment venues in Soi Bangla and was in contact with foreign tourists. He became ill on March 26.

A German man, 62, has stayed in Phuket for several months. He went to Soi Bangla and had been in contact with an infected Thai man in Bangkok.

A Thai woman, 24, worked as a receptionist at the same hotel with an infected colleague. She became ill on March 25.

A Thai woman, 56, worked as an accountant at a hotel on Nai Harn beach. After being in contact with foreign guests and an infected patient, she became sick on March 14.

Another Thai woman, 63, ran a restaurant on Patong beach. She had been in contact with foreign customers and fell sick on March 24.

A Thai masseuse, 46, worked at a massage shop in Patong. She went to Soi Bangla and had been in contact with foreign tourists and an infected patient. She became ill on March 18.

A Thai man, 54, worked as a welder. He had been in contact with foreign customers and fell ill on March 18.

Three Thai men was in contact with an infected masseuse.

Another three Thai men were linked to a Narathiwat man who collapsed and died on a south-bound special express train in Thap Sakae district of Prachuap Khiri Khan. They had travelled to Pakistan with the Narathiwat man and returned to Thailand on March 29.

The provincial panel said 15 of the 100 infected cases had fully recovered and been discharged. Eighty-five others were hospitalised, all except one were recovering. 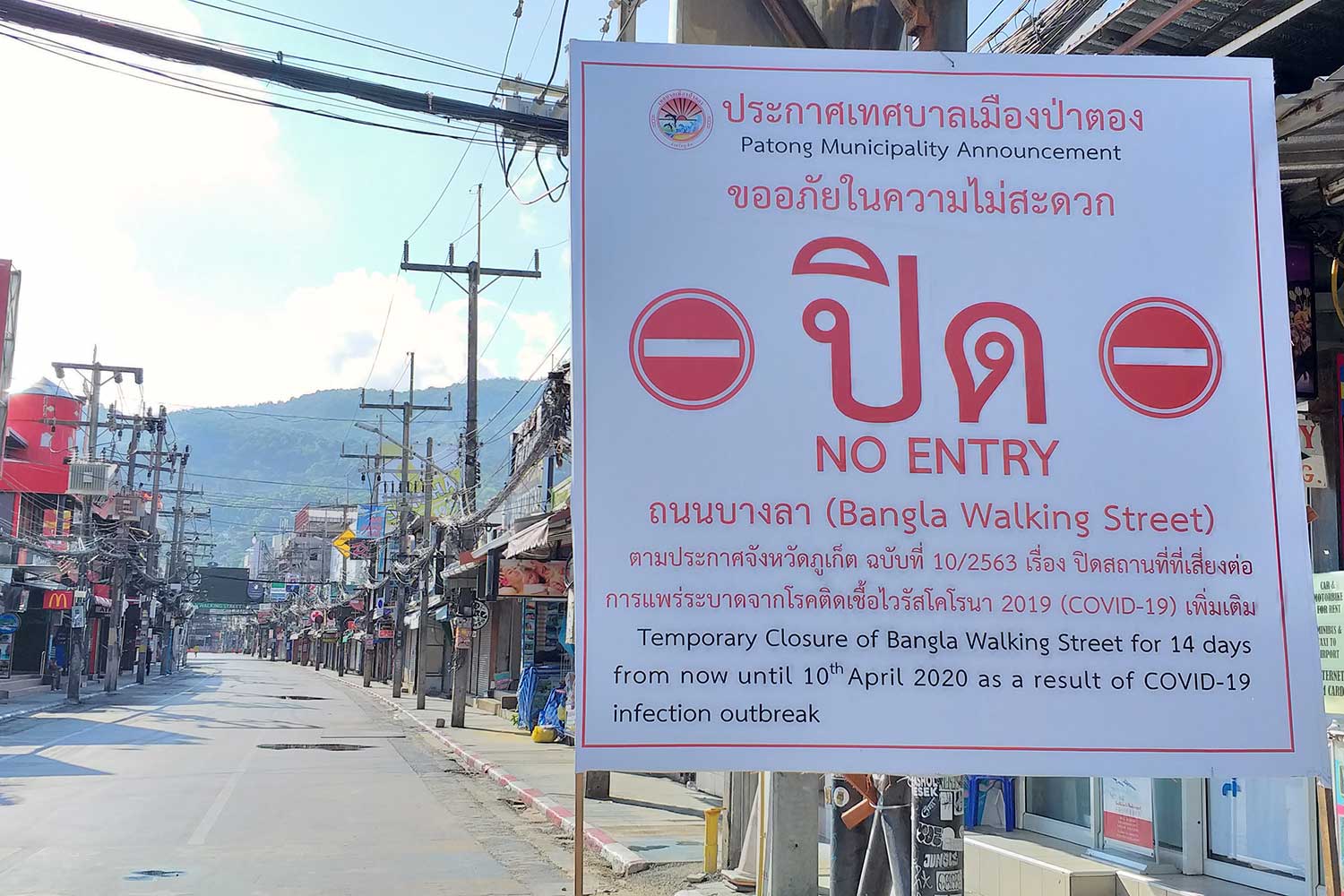 A sign is put on Bangla Walking Street in Patong area of Phuket. (Photo by Achadtaya Chuenniran)