Manop Kopin, 55, head of Village Moo 9 in tambon Samor Thong of Tha Chana district, Surat Thani, centre, wearing a necklace with a large Buddhist amulet, with police at the scene where he admitted shooting dead an illustrious monk and another man in the early hours of Tuesday. (Photo: Supapong Chaolan)

SURAT THANI: A village head was arrested after a renowned development monk and his layman companion were shot dead after being detained for violating the night curfew.

The fatal shooting occurred near the entrance to Khao Phela monastery on Khao Phela Road in tambon Samor Thong of Tha Chana district.

Wisut Intharakamnoen, chief of Tha Chana district, said it was reported to him about 2am on Tuesday, and he accompanied Thana Chan police chief Pol Col Thitiwat Suthitivanich and other police to the scene.

They found a converted flatbed pickup truck loaded with torches, fuel and coconut coir parked on the road. A man identified later as Churat Khongkhlai, 48, was lying dead on the back of vehicle with a gunshot wound to his neck.

About 10 metres away, was the body of a monk, identified later as Phra Chonlathan Thavaro Kanchanabut, 49, abbot of Khao Phela monastery. He had two gunshot wounds, one in the back of his head and the other in his right rib cage.  A .32 handgun was found near his body.

Manop Kopin, 55, headman of Moo 9 village in tambon Samor Thong, was waiting for police, and surrendered to them.

Panyaporn Wattanapramote, assistant district chief, said he received a report from Thasaphon Thipsak, chief of tambon Samor Thong, that two people had been arrested about 12.30am for leaving their homes during the 10pm-4am curfew.

He led a team to the area and found Mr Manop and his team had already detained Mr Churat and Phra Chonlathan. They had seized the truck and equipment used for catching bees.

Mr Panyaporn said while he was reporting the curfew violation to the district chief over the phone, he heard gunshots.  He went to check and found the village head had shot dead the monk and the layman.

During police interrogation, Mr Manop claimed he saw the monk pulling out a pistol and Mr Churat grabbing a knife. He was frightened, believing they would attack him, and fired three shots at them, killing the pair on the spot.

Police detained the village head for further interrogation. Forensic officers were collecting evidence from the scene.

However, local sources said the monk had later been involved in a conflict with some people in the area. 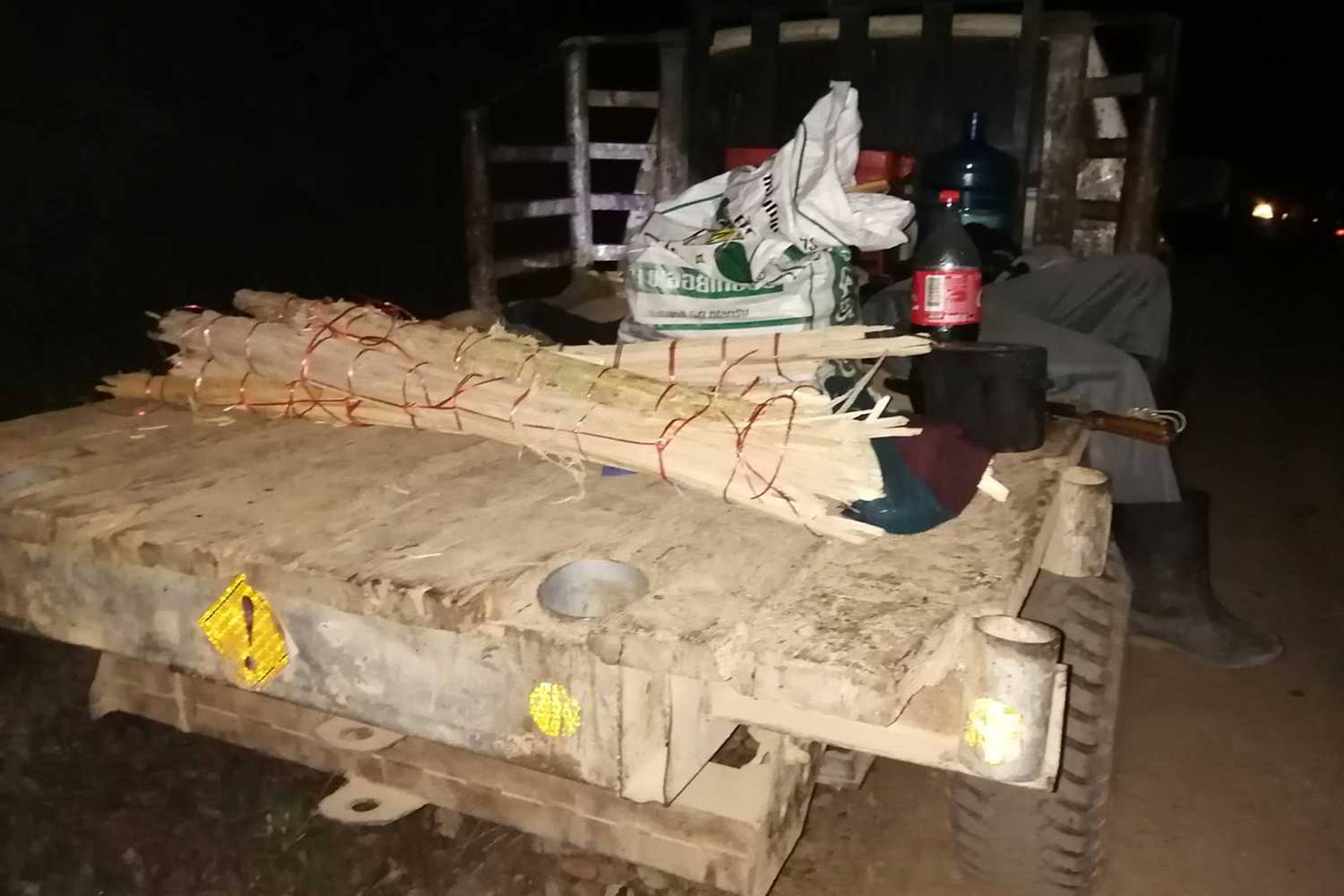 The body of Churat Khongkhlai, 48, lies near the cab on the back of the converted pickup truck at the entrance of a Buddhist monastery in Tha Chana district, Surat Thani, after the shooting on Tuesday morning. (Photo: Supapong Chaolan) 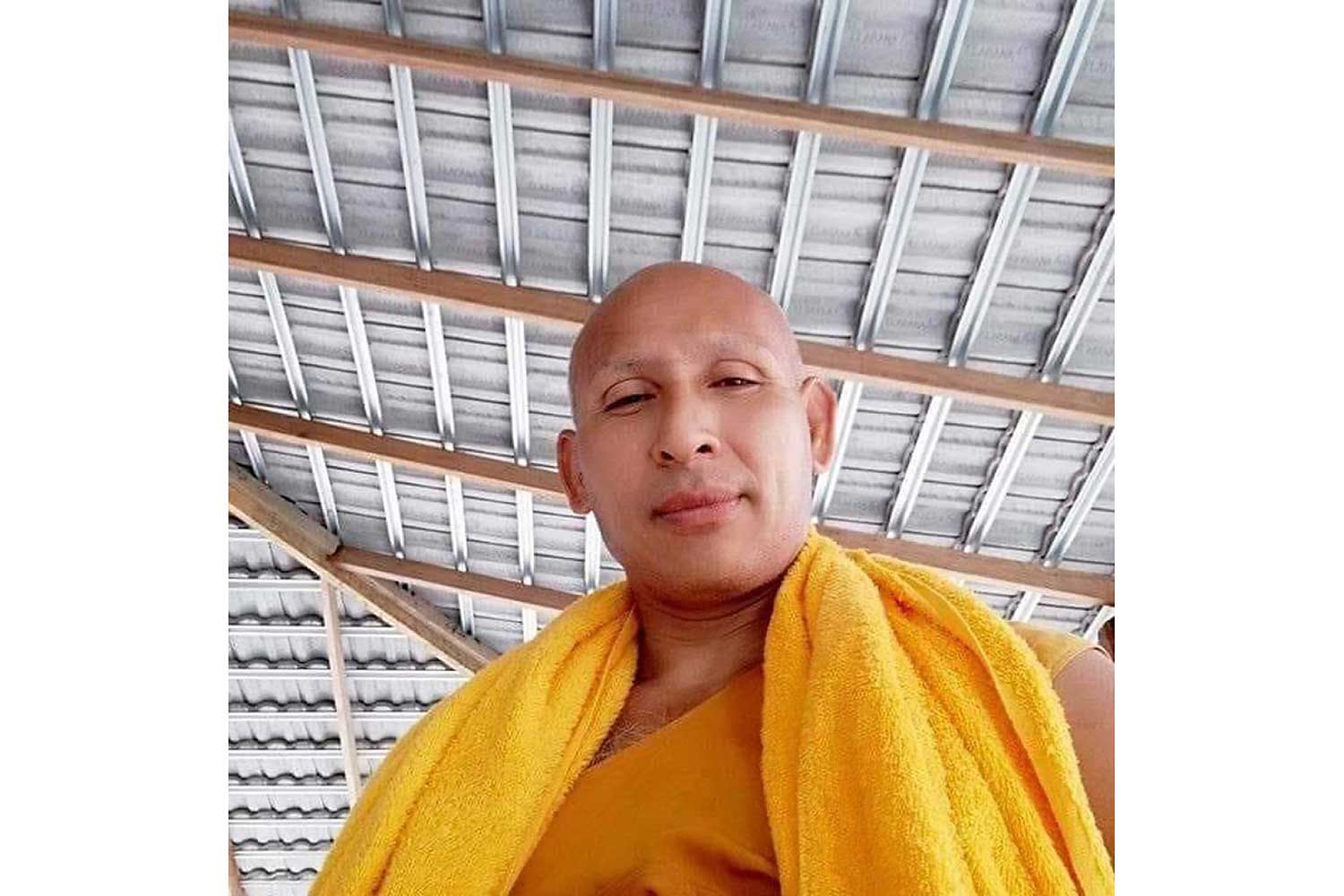