Although wild, he is said to be quite tame and local people have dubbed him Thongdee, the friendly gaur.

Knowing the animal was thirsty, he provided the young gaur with a bucket of water. After relieving his thirst, Thongdee spent an hour grazing on bamboo leaves, grass and morning glory on Mr Chokdee's farm. The gaur then went to rest on a hill near Khong Thurian village. 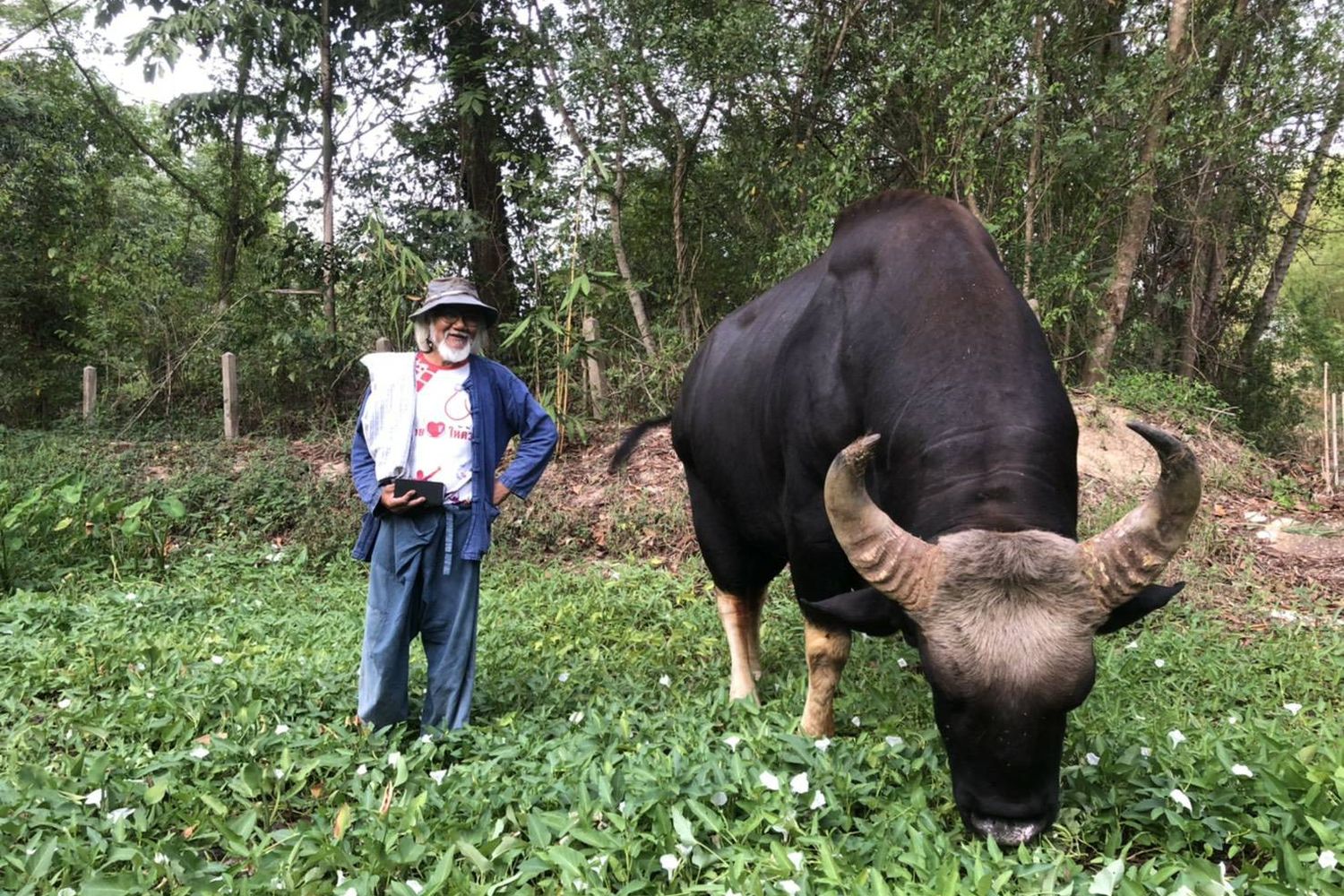 He said Thongdee was the offspring of a female gaur raised by Khao Yai national park officials, and  given the name Mali, and a wild gaur bull from the forest.

Thongdee was always allowed to range free. He first roamed the Pha Kradat area in the Khao Yai National Park in Pak Chong district. After the forests of Pak Chong were cut down to make way for hotels, resorts and golf courses, Thongdee was seen feeding near Khlong Sai, Khlong Thurian and Chao Khun villages in Wang Nam Khieo district, where he became familiar to the local people.

Mr Chokdee,  a former chairman of the Khao Phaeng Ma conservation group, said Thongdee is blind in one eye, believed to have been caused by a bite from a cobra.

The wild bull has never shown any aggression towards local people or their animals, he said.

Mr Chokdee said he was concerned by the spread of African horse sickness, or African plague, which has killed nearly 150 horses in Pak Chong district.

If the disease was brought into wildlife habitats such as Khao Yai and Thap Lan national parks, he was  worried a herd of about 300 gaur in Khao Phaeng Ma area of Wang Nam Khieo could be stricken.

If this were allowed to happen, it would be a great loss, Mr Chokdee added. 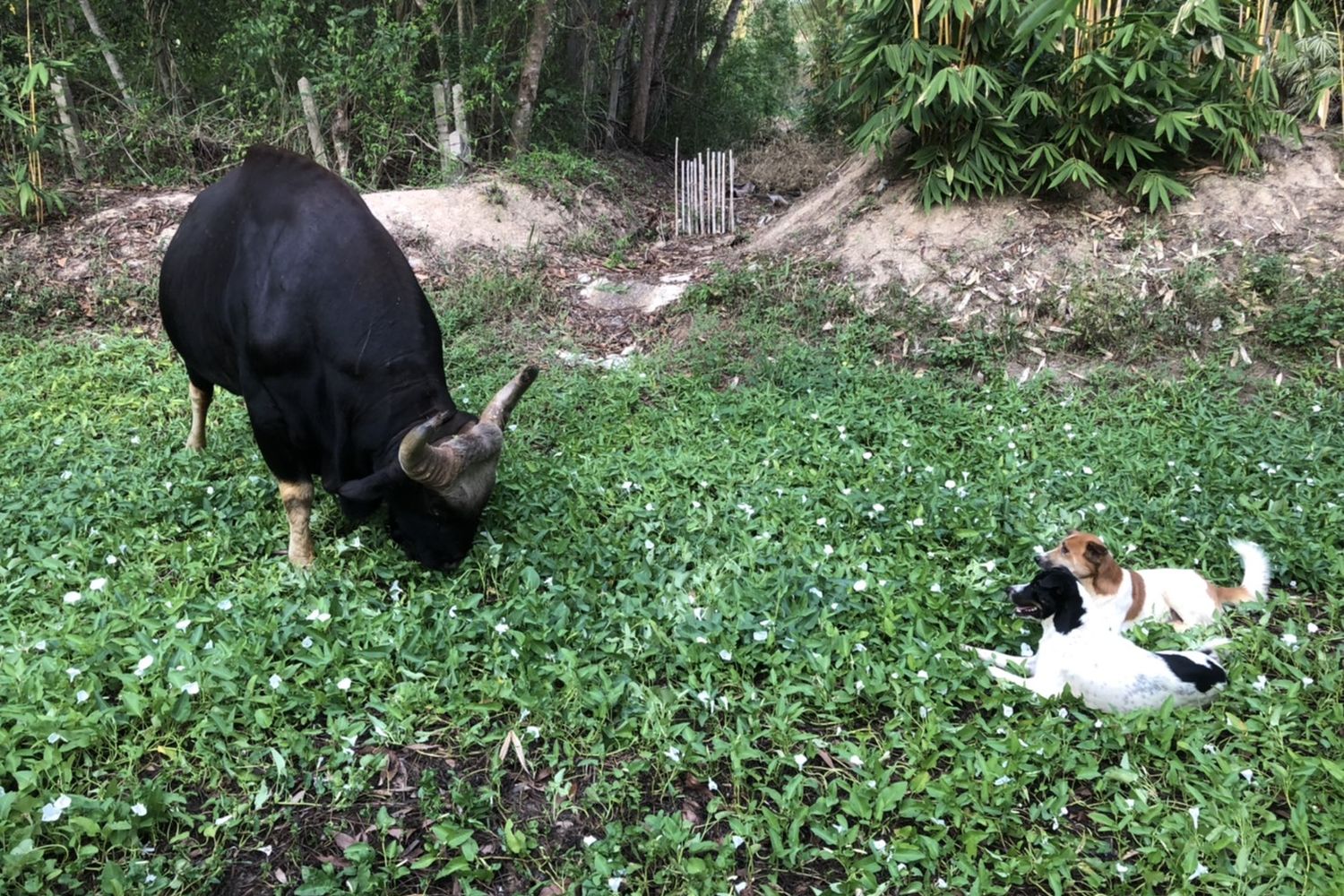