Prayuth Phetchakhun, deputy spokesman of the Office of the Attorney General (OAG), said prosecutors have indicted a total of 623 people for violating the decree.

On March 26, the government invoked the emergency decree with the aim of limiting people's movements and forcing them to stay at home in a bid to stop the spread of the Covid-19 pandemic.

Among the directives under the decree is a ban on gatherings causing public disturbances.

Violators are liable to a jail term of up to two years and/or a fine of up to 40,000 baht.

Mr Prayuth said prosecutors have asked the courts to hand down heavy punishments to violators.

A court in Ayutthaya sentenced violators to 2-4 months in jail for illegal gatherings while a court in Pathum Thani handed down a 15-day jail term to one violator, he said. 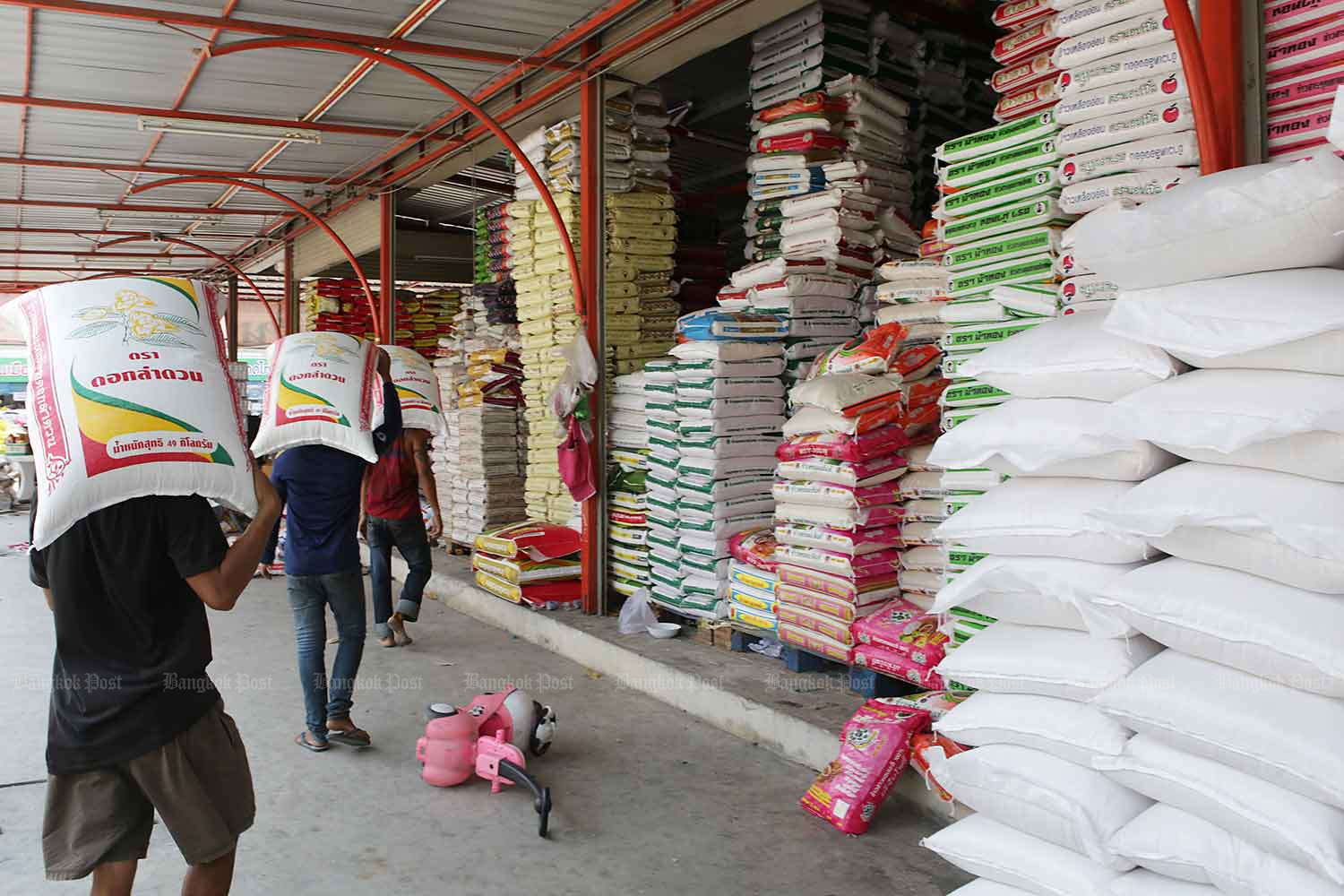 Carb loading: Workers carry sacks of rice from lorries and carry them into a shop in downtown Pathum Thani as businesses replenish their stocks in anticipation of panic buying from customers who fear an extended curfew. (Photo by Apichit Jinakul)

He added that most violators are those who defied the curfew banning people leaving home from 10pm to 4am. Most were aged between 20-35, he said.

Provinces which recorded many Covid-19 infections such as Bangkok, Nonthaburi, Chon Buri, and Chiang Mai also have a high number of people defying the emergency decree, Mr Prayuth noted.

He also said that Attorney-General Wongsakul Kittipromwong told prosecutors to make use of information technology to provide regular updates on prosecutions online to the OAG.

The OAG's information and communication technology department has also been told to gather and process information on prosecutions against violators, Mr Prayuth said.

On March 31, Mr Wongsakul instructed prosecutors to pursue tough legal action against hoarders -- those who sell essential goods such as eggs and sanitary masks at inflated prices -- those who defraud others, as well as people who spread fake news online.

Mr Wongsakul also issued guidelines for prosecutors to pursue legal action against those who breach the decree. As such, prosecutors must treat emergency decree violations as urgent cases and process them quickly, and they must ask courts to hand down heavy penalties to violators and impound assets used for committing wrongdoing.

Dr Taweesin Visanuyothin, spokesman for the Centre for Covid-19 Situation Administration, said on Tuesday that the number of people who defied the curfew on Monday night was 1,293.