Kochaporn Saengchan, 25, reports to Patong police on Wednesday night over a message posted on her Facebook about the 5,000-baht handout from the government. (Photo by Achadtaya Chuenniran)

PHUKET: A recipient of the 5,000-baht handout who described it as "small change" reported to police, claiming no ill intention in posting the Facebook message.

Kochaporn Saengchan from Roi Et province was summonsed for questioning at Patong police station on Wednesday night after her post was widely criticised and shared by netizens.

The 25-year-old woman, who ran a garment shop in tambon Patong of Kathu district, registered online for the government’s subsidy of 5,000 baht a month for three months after her shop was closed.

Patong police found Ms Kochaporn was qualified for the aid. She was self-employed, not a member of the social security system and her business was affected by the Covid-19 outbreak.

Ms Kochaporn posted on NaNa Kochaporn Facebook: "The 5,000-baht handout has already been wired to my account. It’s just small change behind my refrigerator". The term is not widely used but apparently suggests the amount was insignificant.

Ms Kochaporn told police that she was happy to receive the cash but felt bad that many of her friends did not get it. They kept badgering her how to register so they could also get it, prompting her to post the message without thinking before going to bed. She later learned that the post drew a lot of negative comments and deleted it. She claimed she had no intention to cause damage to the government.

Police gave her a warning and then released her without pressing any charges. 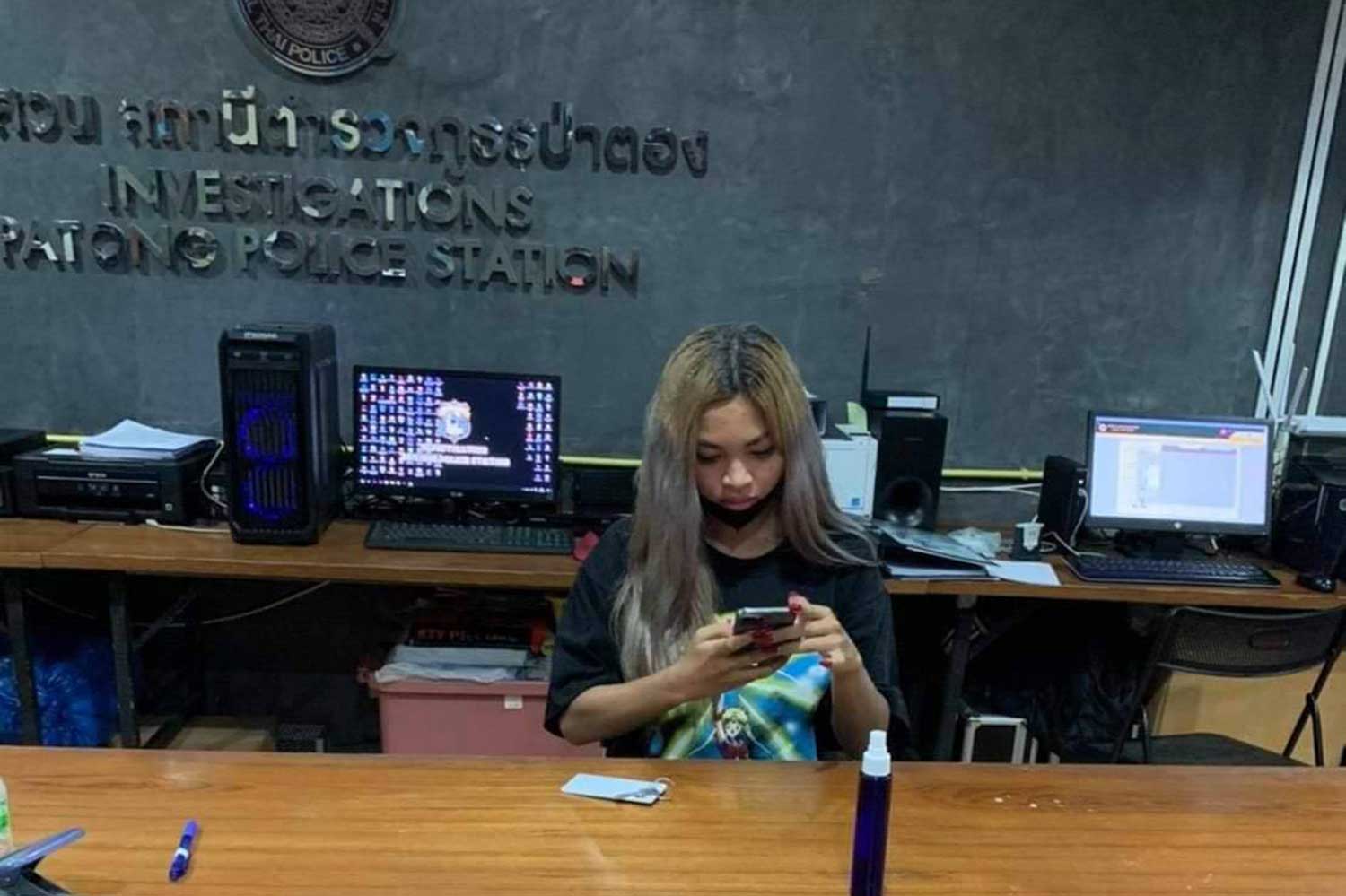 Kochaporn Saengchan claimed she had no ill intention when posting a message on her Facebook account. (Photo by Achadtaya Chuenniran)