A campaign against Covid-19 is held at Ying Charoen market in Bang Khen district on Saturday. (Photo by Apichit Jinakul)

More than 610,000 people who registered for the 5,000 baht cash handout granted by the government to ease the impact of the Covid-19 have cancelled their registrations out of fear they will face legal action for providing fake information.

Charnkrit Dejvitak, an assistant attached to the PM's Office, said the Finance Ministry on April 4 added a cancel button on the website www.เราไม่ทิ้งกัน.com ["You will never be left behind"] so people who registered and "had no intention to give false information" can have a chance to withdraw their registrations.

"This is mainly because the Finance Ministry is pursuing legal action against those who gave fake personal information by instructing its legal team to conduct urgent checks on applicants' information."

The ministry has filed complaints with the Technology Crime Suppression Division, asking it to take legal action against five people who posted fake information about the cash handout on social media, Mr Charnkrit said. He said this prompted the number of cancellations to rise to 5,000 in two hours between 8pm-10pm on Saturday.

The Finance Ministry also set up another legal team to track down improper posts about financial aid on social media.

Some who received the aid boasted they did so by cheating, and the ministry will actively seek out these posts and cancel the next monthly payment to those responsible as well as recall the first 5,000-baht payment from them without taking legal action.

For those claimed they received the cash handout, but they actually did not, this is tantamount to causing public a disturbance and they will be prosecuted for inputting false information to the internet in violation of the Computer Crime Act, said Mr Charnkrit.

According to the executive decree on 1 trillion baht in borrowing recently approved by the cabinet, 600 billion baht will go to health-related plans and financial aid to affected people, including the 5,000-baht monthly handouts to an estimated 9 million self-employed and laid-off people, which will be extended to six months from three months.

Those who give fake information to trigger the 5,000 baht cash handout will be prosecuted for fraud under the Criminal Code and are liable to a jail term of up to three years, a fine of up to 60,000 baht, or both, Mr Charnkrit said.

Lavaron Sangsnit, director-general of the Fiscal Policy Office, said the next payment of the 5,000 baht cash handout is due tomorrow and Tuesday for a total of 600,000 eligible applicants.

He said the number of people who registered for the 5,000 baht cash handout scheme rose to 26 million on Saturday. 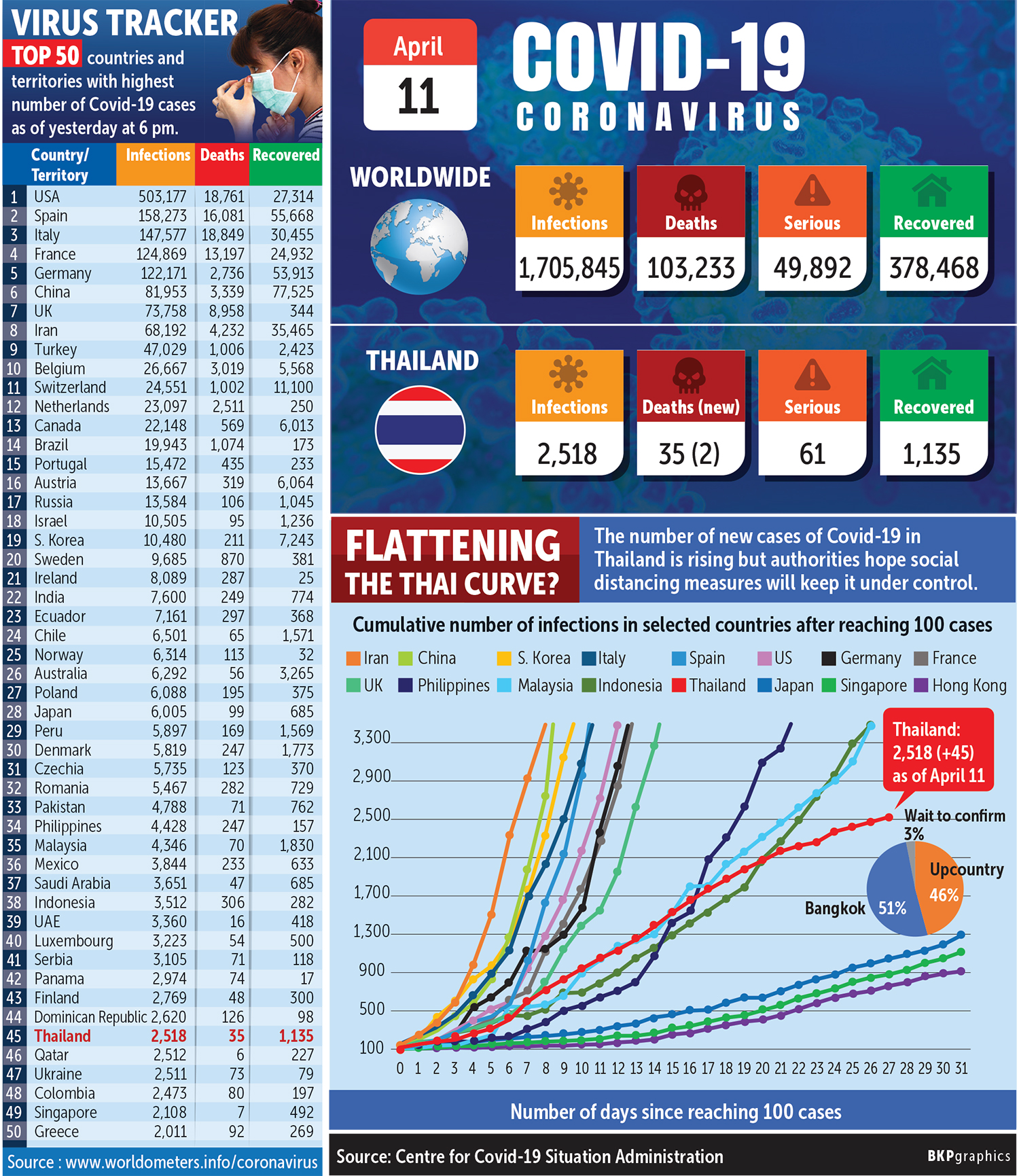