The government on Thursday reported 13 new coronavirus (Covid-19) patients, raising the total to 2,839, and one more death, that of an elderly Thai woman first admitted to hospital for an unrelated complaint. The accumulated death toll now stands at 50.

The tally of new cases is two lower than the 15 recorded on Wednesday.  It is the lowest since March 14, and marks the fifth consecutive day of declines. Because of limited testing, however, the actual number of infections is believed to be higher.

Dr Taweesilp Visanuyothin, spokesman of the government’s Centre for Covid-19 Situation Administration,  said that the late 78-year-old woman first went to a hospital in Bangkok with a urinary tract infection on March 21.

On March 24 she developed a fever and pneumonia and later tested positive for Covid-19.

On April 5 her condition worsened. She died on Tuesday from a bloodstream infection and respiratory failure.

“Although elderly people accounted for a small proportion of infections, they were the greatest number of fatalities,” Dr Taweesilp said while expressing condolences to the families of death cases.,

Dr Taweesilp said the lower number of new cases is good news for the Covid-19 situation in the country but people must continue to take precautions for their own protection.

“If we lower our guard even a bit, the number of infection cases can soar to five digits like in some countries,” he said.

The new cases included five people who had come into close contact with previous patients in Bangkok, Chon Buri, Songkhla and Chumphon.

Others included three cases tested pre-emptively in Phuket province, two people who worked in crowded places and closely with foreigners, one returnee, one visitor to crowded areas and one patient tested before an operation.

A further 78 people were on Thursday reported to have recovered, raising the total to 2,430, while hospitalised patients amounted to 359, Dr Taweesilp said. 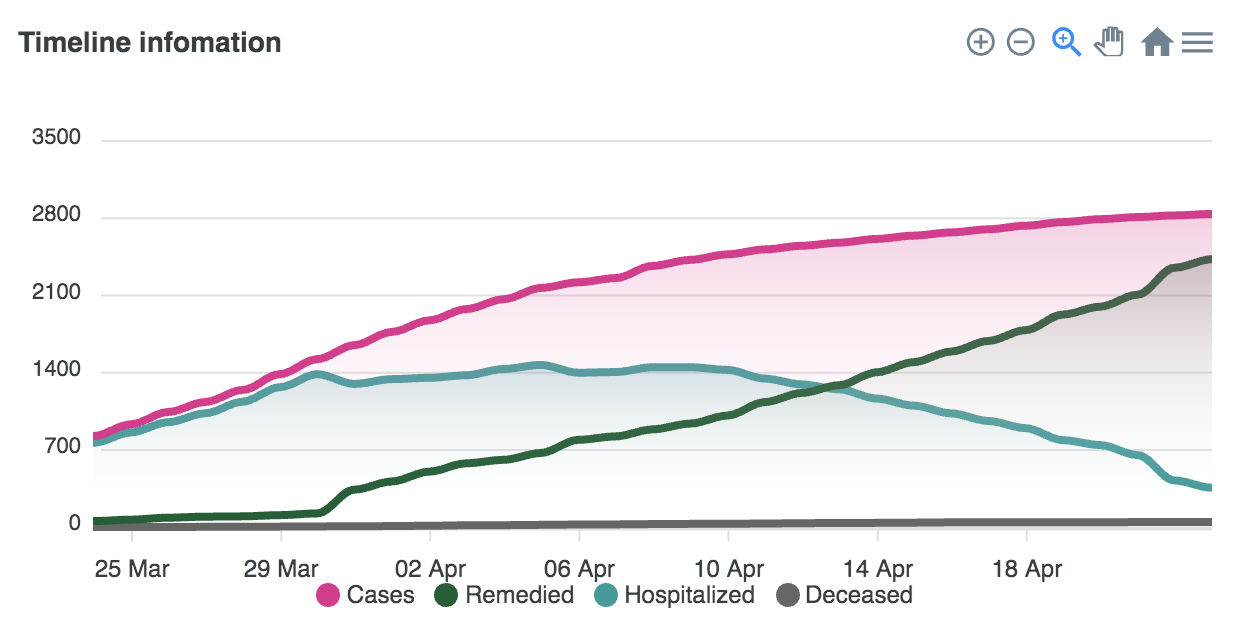