Police with two of the four suspects accused of trespassing on Phuket Zoo and taking videos of animals they posted online, claiming the animals were abandoned and unfed, and soliciting public donations to buy food for them. (Photo: Achadtaya Chuenniran)

PHUKET: Two foreign nationals and two Thais were arrested after they allegedly climbed over the wall of Phuket zoo, took videos of animals that they posted online and solicited public donations to feed them.

Pol Maj Gen Rungroj Thakunpunyasiri, chief of Phuket police, on Thursday announced the arrest of the four suspects on charges of violating the Computer Crimes Act and trespassing on Phuket Zoo.

The zoo is closed to the public because of the spread of coronavirus disease.

A security guard had reported seeing four people climb over the outside wall and into the zoo around 6pm on April 14, and take videos of some of the animals, Pol Maj Gen Rungroj said.

Police investigators found the page belonged to Ms Joy Marie Somers. The videos were also uploaded on Minh Nguyen's Instagram page, and he also asked for public donations to buy food for the unfed animals in Phuket Zoo.

He ask people to donate via a Kasikornbank account in the name of another suspect, Hussen Armad,  the Phuket police chief said.

The owner of Phuket Zoo, Suriya Tanthaweewong, 40, filed a complaint with Chalong police. He said the zoo was not seeking public donations and the animals were not abandoned and not left to starve. They were being adequately cared for and fed, he said

Police obtained court warrants to arrest the four on charges of colluding in putting false information into a computer system that caused damage to others, and trespassing on the zoo.

The suspects all denied the charges.

Their lawyer, Cherdchai Wongseree, said it was all a misunderstanding.

He claimed his clients had sought permission from Mr Suriya's mother  to go inside the zoo after they were told the animals were not being fed. The mother would be a witness for the defence, he said.

The four were reportedly being held in custody at Chalong police station. 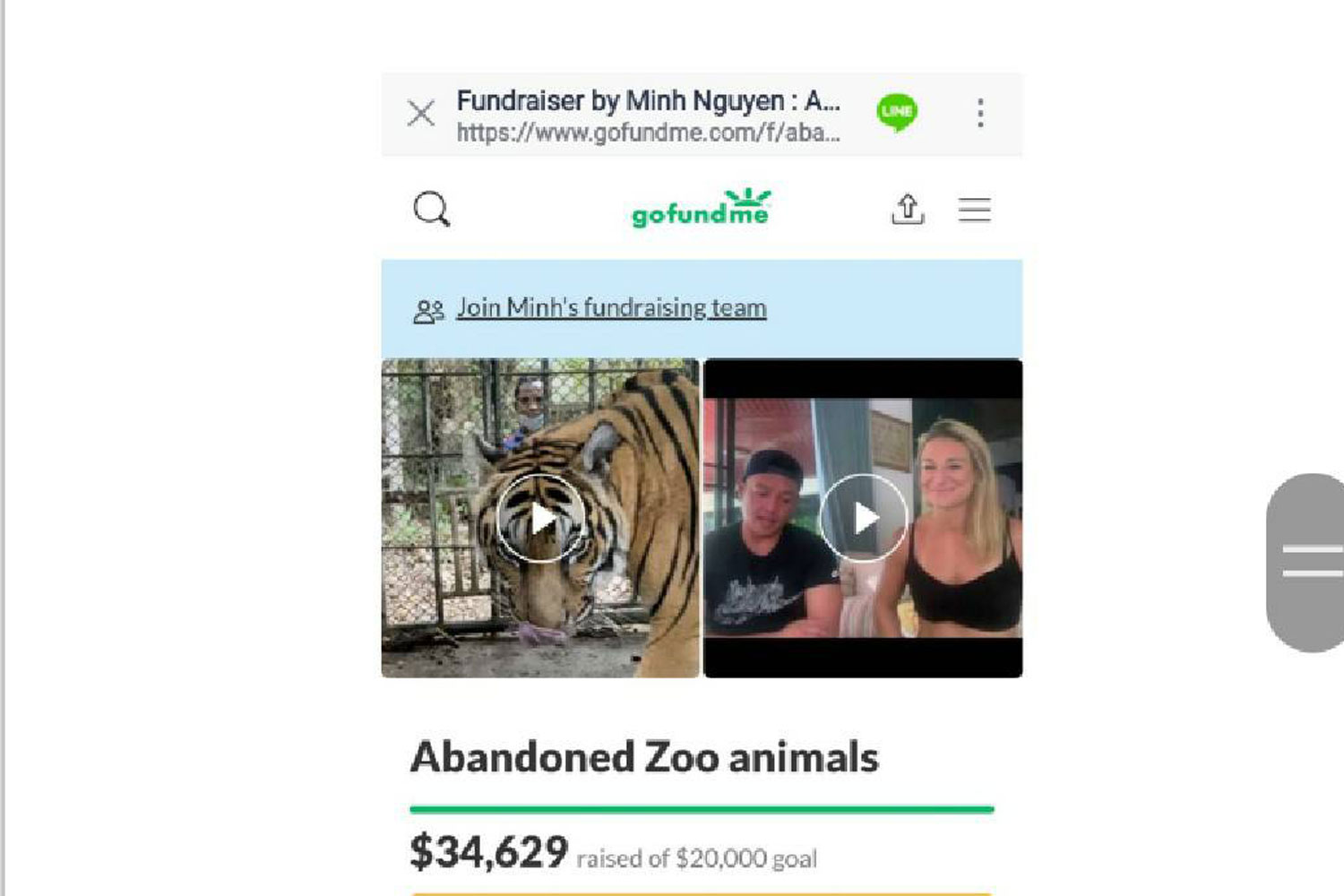 Video clips of tigers and other animals at the Phuket Zoo are used for fund raising. (Photo by Achataya Chueeniran) 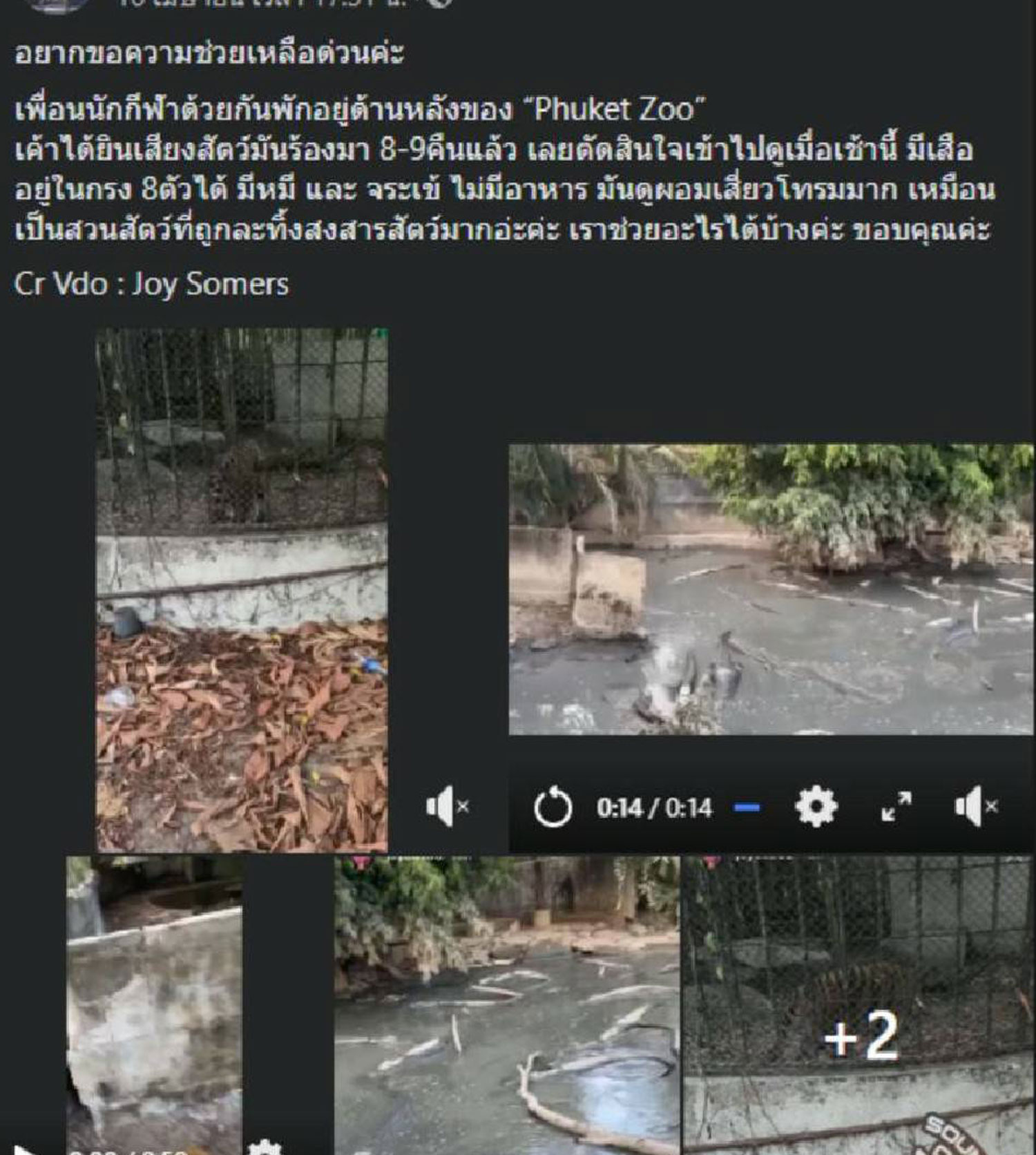 An online user shares clips and photos of animals uploaded by one of the four suspects. (Photo by Achadtaya Chuenniran)