An elephant takes a bath in the Trang River. Many elephants and their mahouts that normally work the tourist circuit in Phuket, Krabi and Phangnga provinces have returned to Trang and Phatthalung. (Photo: Methee Muangkaew)

TRANG: About 60 elephants have returned to their homes in Trang from major tourism provinces because the mahouts cannot afford to feed them in the absence of tourists, caused by the coronavirus pandemic.

Suchart Buakerd, chairman of the Trang  elephants raisers club, said on Friday that elephants which had been working in Krabi, Phangnga and Phuket  provinces had already returned to Trang province.

The mahouts feared catching the coronavirus if they stayed there. They also  could not afford to feed their animals in the absence of income from tourists.

It cost  600-700 baht a day just to feed an elephant and the mahouts now had to pay for the food out of their own pockets  - mainly fruit, and especially pineapples which cost one baht a kilogramme, said Mr Suchart.

Some had 3-4 elephants to care for and this involved a substantial daily cost.

He and other elephant owners decided to bring their animals back to Yan Ta Khao and Na Yong districts in Trang, and other areas in Phatthalung.  He said 50-60 elephants had already arrived back in Trang.

Now, the mahouts had to find places for the elephants to stay. If they were kept near local people’s orchards or farms, this could cause problems. So they had decided to keep them near the Trang River,  Mr Suchart said.

Before the outbreak of Covid-19, he had never brought his elephants back to his home province, as there was plenty of work entertaining tourists all year round in Phuket and nearby, he said.

Some elephants were still stranded in Phuket, where an elephant foundation was helping out, he said

A source said authorities had asked four mahouts to return from Bang Khan district in Nakhon Si Thammarat and submit to quarantine for 14 days at the Thalae Song Hong National Boy Scouts Camp in Huai Yot district of Trang. 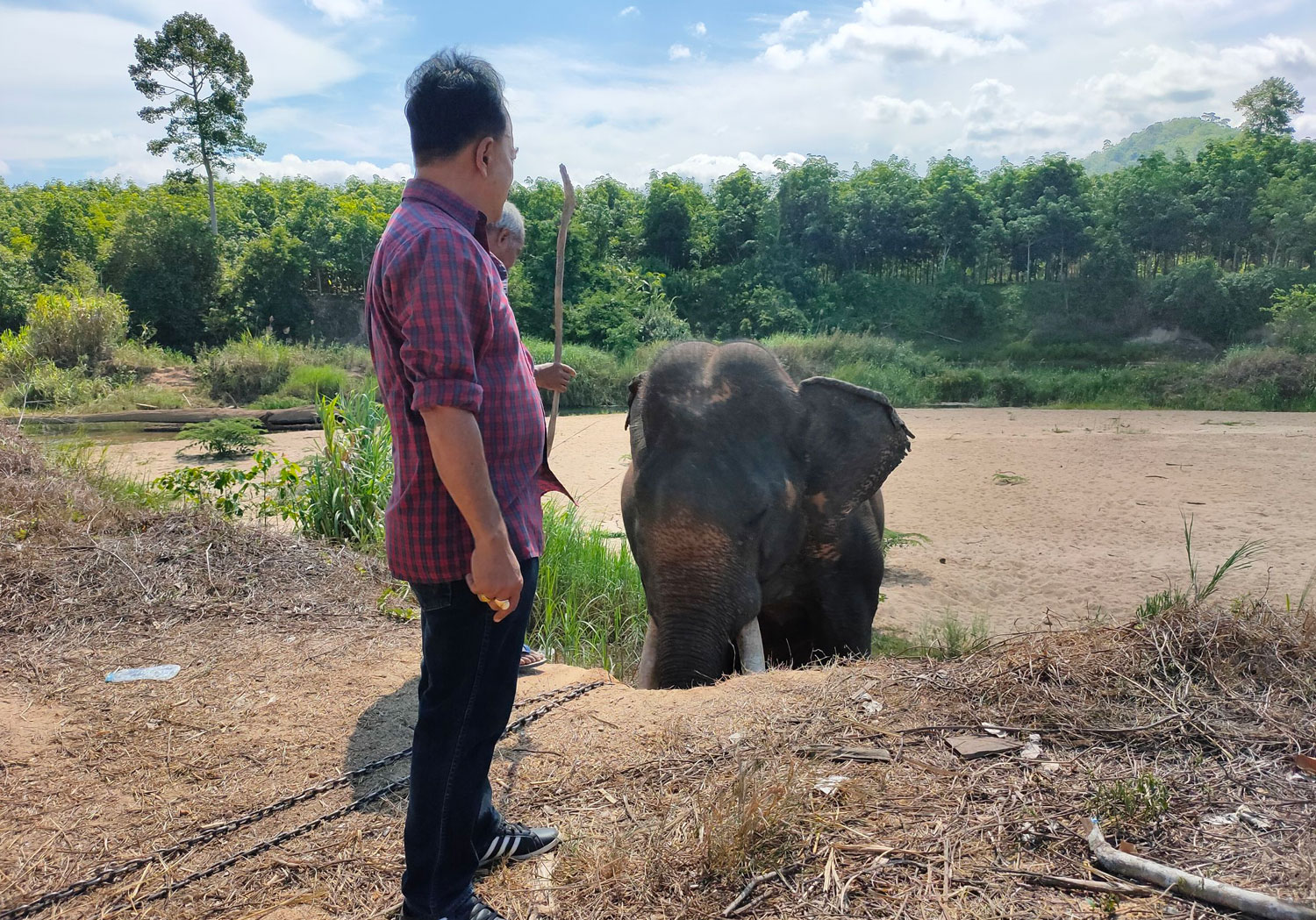 About 60 elephants have returned from tourist provinces  to their home base in Trang province, says Suchart Buakerd, chairman of the Trang elehants raisers club. (Photo: Methee Muangkaew)