The National Anti-Corruption Commission (NACC) has found grounds to graft allegations against the Lamphun Provincial Administrative Organisation (PAO) over its budget spending of more than 16 million baht to buy essentials for the elderly during the Covid-19 pandemic.

NACC secretary-general Warawit Sukboon said the Lamphun PAO spent 16.3 million baht buying a total of 27,700 sets of essential items for the elderly or 590 baht per set, though the items did not respond to the needs of the recipients, and were not worth the money spent.

"The matter is not complicated," Mr Warawit said. "The assistant secretary-general of Region 5 will head the inquiry panel which will comprise officials from both the provincial branch and the Region 5 office.

"The issue has received much public attention, and I asked them to finish the work within 90 days."

He said the extent of the damage is not yet known, adding the NACC has also received complaints about similar cases in other provinces, mostly in the Northeast. The NACC is investigating, Mr Warawit said.

He said the Covid-19 crisis may have opened windows of opportunity for corruption associated with state relief measures rolled out to help people affected by the pandemic. Potential graft could be found in procurement of equipment for use in battling virus transmission. Such equipment would be bought at inflated prices or would be substandard, Mr Warawit said.

During the outbreak, conflicts of interest could arise where state officials would enter into contracts with the state, Mr Warawit said, adding the NACC has also come up with theoretical scenarios involving state officials embezzling state funds or public donations for their own gain.

Officials could also engage in graft in projects which have nothing to do with Covid-19 transmission, Mr Warawit said. They could cite the pandemic as a reason to expedite the purchase of equipment for public utility maintenance which are not in line with regulations, he said. 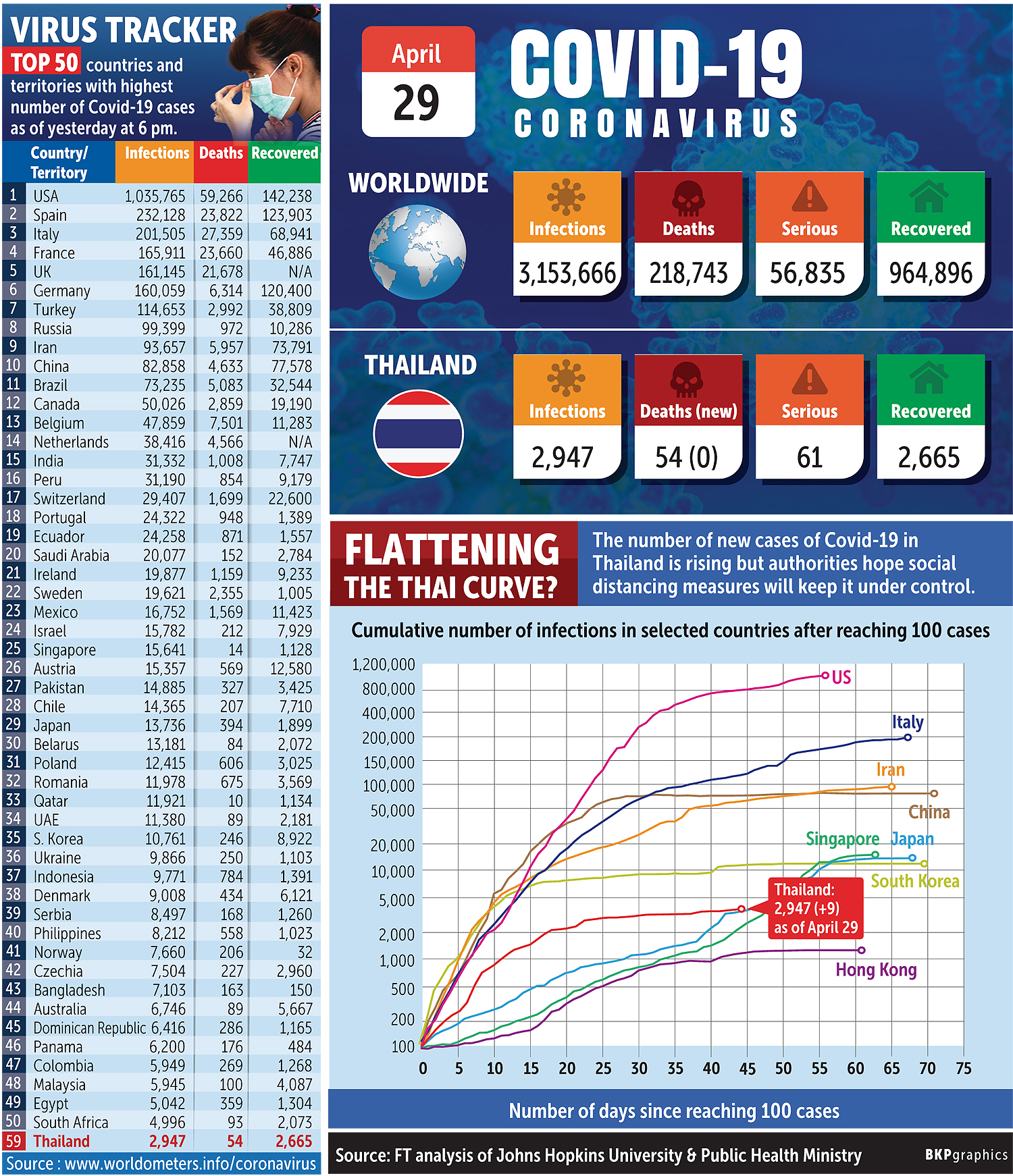