Infection count to decide next stages

A crowd of people gathers on a pavement near Gate 4 at the Finance Ministry. They came to file a complaint about the cash handout scheme after not receiving any money. (Photo by Nutthawat Wicheanbut)

The first stage of the easing of Covid-19 curbs will take effect nationwide on Sunday and it will take 14 days to assess whether or not the next stages, including the reopening of department stores, can proceed.

The government plans to take two months to gauge the ramifications of its planned four stages of relaxation of disease-control restrictions before it makes a decision on whether a full reopening can take place.

An assessment of each stage will be made after 14 days. If the number of daily new infections remains low over the ensuing 14 days, further easing will take place, said Taweesilp Visanuyothin, spokesman of the Centre for Covid-19 Situation Administration (CCSA).

They include fresh, flea, floating and community markets, as well as walking streets and vendors' stalls, along with food, beverage, dessert and ice cream shops outside department stores, as well as food stalls, food trucks and hawkers.

Retail and wholesale businesses such as supermarkets, convenience stores, community shops and IT or telecom product shops, or grocery trucks will also be allowed to reopen.

Among other activities that can restart are recreational and sports businesses, park activities such as walking, tai chi, non-team and non-competitive sports such as tennis, shooting, archery, cycling and golfing at courses and driving ranges.

Dr Taweesilp said while the activities were allowed, operators had to implement disease-control measures such as cleaning, use of face masks for everyone, distancing and hand sanitisation.

If new Covid-19 cases start to rise, the easing will be revoked, Dr Taweesilp said. The reason for the 14-day period is because it is the incubation period for the coronavirus, he claimed. 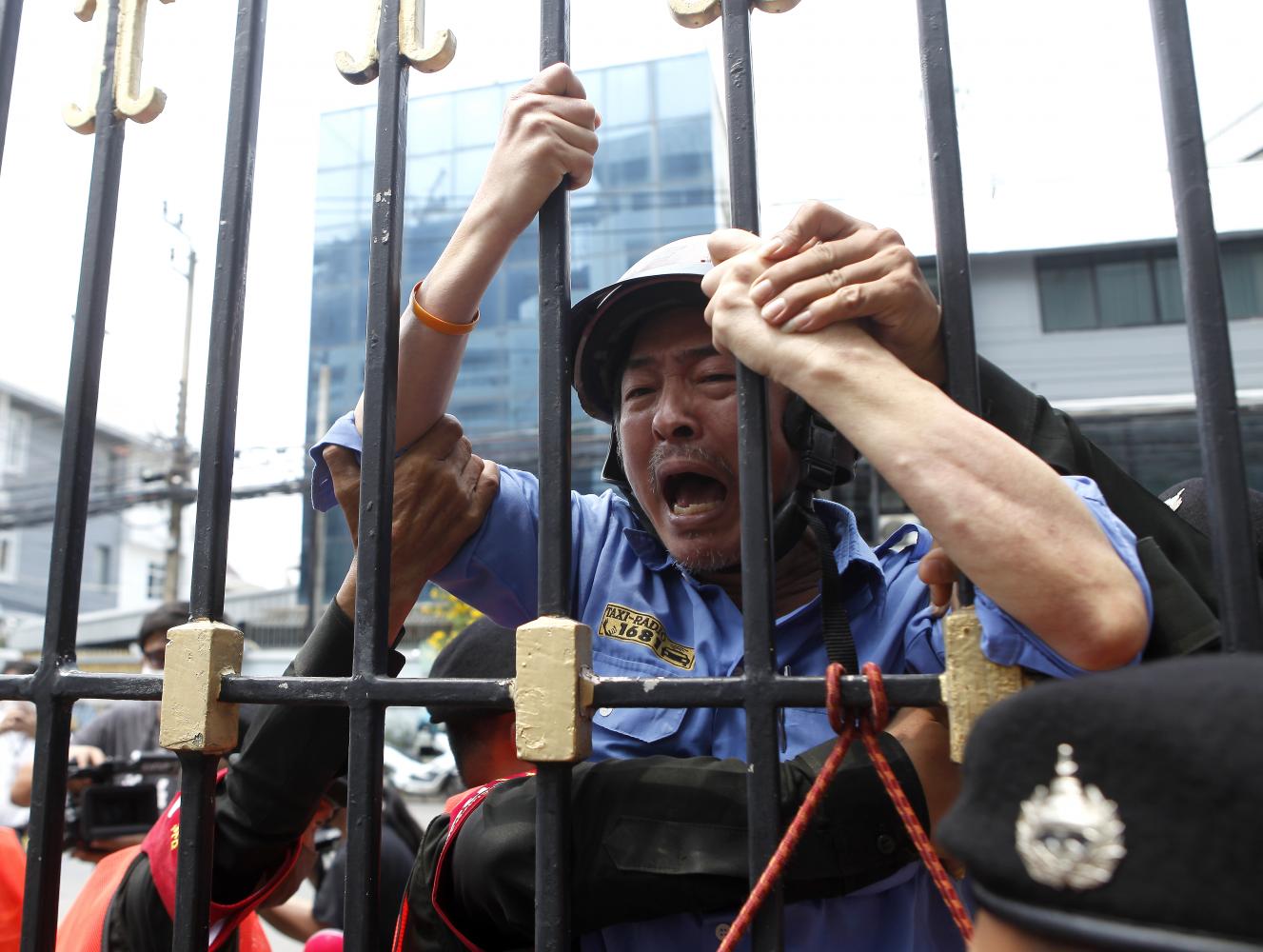 A man, who identified himself only as Pongpicharn, tries to climb a fence at the Finance Ministry yesterday. He said he did not receive the government's 5,000-baht handout despite being eligible. (Photo by Nutthawat Wicheanbut)

Thosaporn Sirisumphand, secretary-general of the National Economic and Social Development Council and adviser to the CCSA, said a low number of new infections over the next 14 days could provide the basis for the second and third stages of relaxation which will apply to shopping malls or department stores.

He said crowd activities including concerts, football matches and boxing events will be allowed to reopen in the final stage.

Kalin Sarasin, chairman of the Thai Chamber of Commerce and adviser to the CCSA, said food shops which are allowed to reopen in the first stage must be small ones, equivalent in size to no more than a double shophouse. Shops with air conditioners should install air suctioning.

The CCSA yesterday reported seven new patients infected with the coronavirus, raising the total to 2,954 in 68 provinces. The death toll remained unchanged at 54.