King Rama X on a mission to help
Thailand
General

King Rama X on a mission to help

Twelve months on since his coronation vow, His Majesty keen to carry on projects initiated by his father, with ambitious reservoirs in the parched Northeast among his goals

His Majesty the King's commitment to improving the wellbeing of Thais was reflected in the first speech which the monarch delivered upon his coronation amid solemn and ornate royal rituals inside the Grand Palace on May 4 last year. 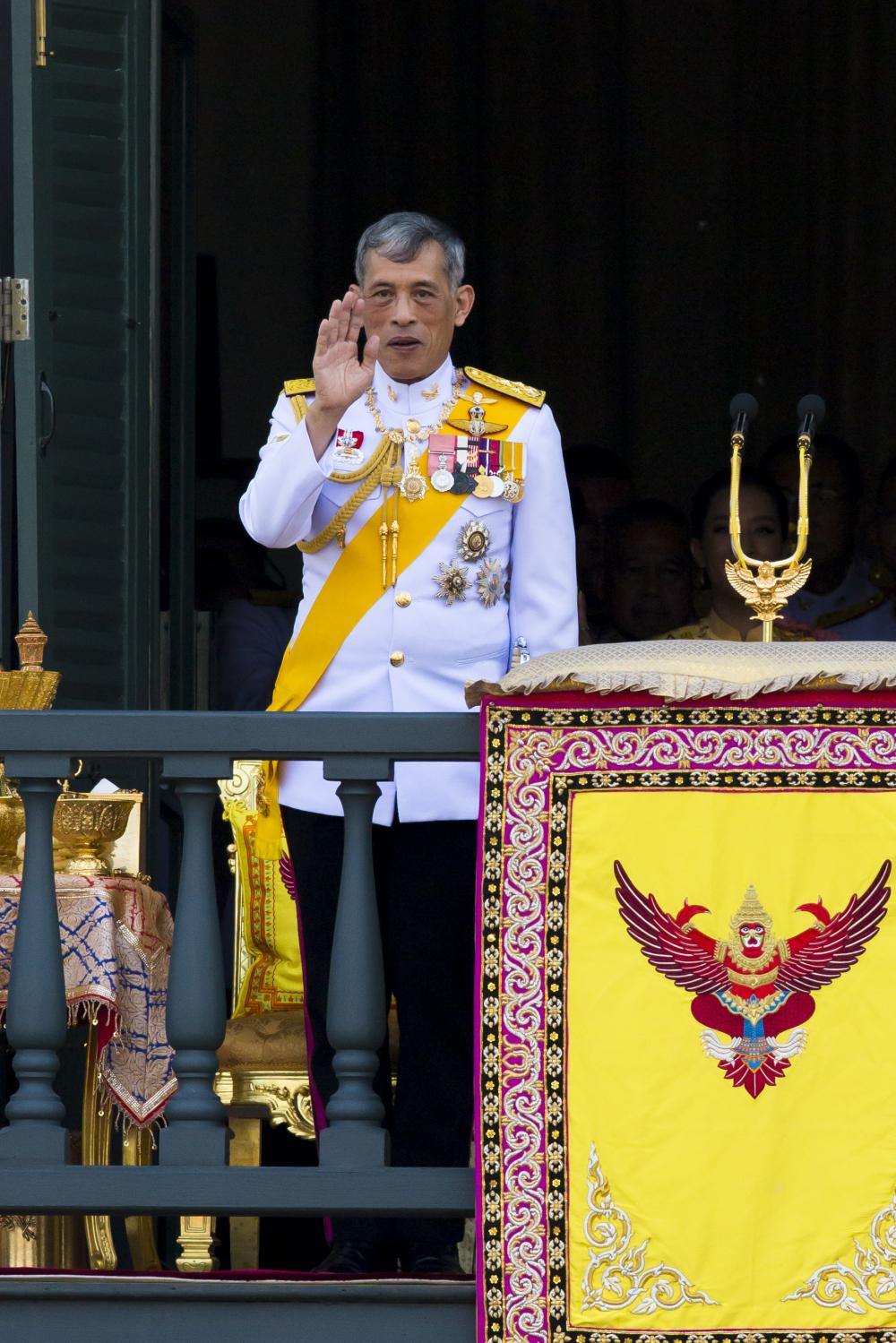 His Majesty the King waves to large crowds of people from the balcony of the Suddhaisavarya Prasad Throne Hall on May 6 last year, which marked the final day of the coronation period. PATTARAPONG CHATPATTARASILL

"I shall continue, preserve, and build upon [the royal legacy] and shall reign with righteousness for the benefit and happiness of the people forever," the king said in his first royal command which set forth his intentions about how he would reign.

Most importantly, his first speech showed he was determined to carry on with royal projects initiated by his father -- His Majesty King Bhumibol Adulyadej The Great.

And what His Majesty has done for the benefit of Thais during the past year proves he has kept the promises he made when he was crowned king a year ago today.

When he was the Crown Prince, His Majesty the King accompanied his parents -- King Rama IX, and Her Majesty Queen Sirikit The Queen Mother -- on trips to provinces nationwide.

This gave him exposure to projects initiated by his father, particularly projects to manage natural resources and the environment, and solve floods and drought problems so people in rural areas would have enough water.

During those trips, His Majesty had the opportunity to learn how much his parents cared for and loved their people; he was determined to follow in their footsteps by carrying on with those royal projects.

Privy Councillor Jaranthada Karnasuta told the Bangkok Post His Majesty the King has been seeking to revive old projects which were initiated before 1957 by His Majesty King Bhumibol Adulyadej The Great.

His Majesty wants to follow up with projects which were left unfinished due to a variety of problems, particularly land disputes with state agencies, Mr Jaranthada said, adding the monarch has assigned the privy council to coordinate with the authorities to follow through the with the projects.

''I have been assigned to work on projects to build reservoirs in the Northeast which has several major rivers. For example, the Chi River Basin has no reservoir yet. As a result, the river dries up for six months each year," he said.

''Plans are to build two to four reservoirs to store water which flows down from mountains, which will feed water to the river throughout the year. This will serve as the main bloodline for the Northeast where the best-quality Hom Mali [jasmine] rice is grown,'' Mr Jaranthada said.

This project was conceived by His Majesty King Bhumibol Adulyadej The Great, but it never got off the ground because the location covers wildlife conservation areas in several provinces such as Chaiyaphum, Loei and Phetchabun, he said.

This sparked a dispute over whether reservoirs should be built in these areas, with legal issues raised over the protected conservation areas, Mr Jaranthada said. Several committees had been set up to sort out the row, though the project met resistance from the Royal Forest Department because it would eat into vast areas of protected forests.

The dispute has dragged on for so long the project has yet to materialise, and the Chi River still dries up every year, he said.

''In light of this, His Majesty the King has instructed privy councillors to survey the areas and find a solution. It has been found that if the construction site is moved from the wildlife conservation areas, the new location will likely affect land plots owned by residents. This means these plots would have to be expropriated to pave the way for the project,'' Mr Jaranthada said.

Mr Jaranthada said the Privy Council held talks with locals to sound out their opinions on the land expropriation issue.

The negotiations lasted about a year before they were willing to make way for the project after they were told they would be paid compensation, in addition to the benefits they would receive from the reservoirs, he said.

''It is final already. We informed Prime Minister Prayut Chan-o-cha, and he has attached importance to developing areas in the Northeast, in response to His Majesty's ideas,'' Mr Jaranthada said.

The Privy Council told the prime minister the project to build two reservoirs will ensure a stable supply of water in the Chi River all year round, he said. As a result, the cabinet approved a tied-over budget of 3 billion baht for the project.

Of the amount, 1.5 billion baht has been earmarked to pay land expropriation costs, and the rest for construction. The work is expected to be complete in 2022.

When finished, the two reservoirs will have a combined water storage capacity of 70 million cubic metres, Mr Jaranthada said.

''This project will come to fruition during the reign of King Rama X. It will supply water to Thung Kula Rong Hai and areas in the lower part of Isan,'' he said.

On Dec 3, 2017, His Majesty the King unveiled the Naruebodindrachinta Reservoir in Prachin Buri's Na Di district. The project was the last large reservoir project among the royal initiatives of King Rama IX, which aims to ease flooding and droughts in the Prachin Buri River basin to help residents and farmers.

The reservoir is also intended to prevent seawater intrusion into the river. The reservoir's name was given by His Majesty King Bhumibol Adulyadej The Great.

Mr Jaranthada said His Majesty the King, Rama X has paid close attention to petitions submitted by people who seek reservoirs to ease their plight.

His Majesty suggested the Privy Council compile a set of 10 petitions to be presented to him at a time so he can consider them together, Mr Jaranthada said.

Mr Jaranthada said he is responsible for gathering petitions and presenting them to the council. Ten projects are considered and approved at each meeting before being submitted to His Majesty for royal endorsement, he said.

''His Majesty reads each petition line by line. Each petition will turn into a royally-initiated project. These people need small reservoirs which can only help a few villages but are still useful. [Each proposal] is examined as to which kind of reservoir would be most suitable.''

However, under the criteria, each project has to benefit at least 1,000 households to qualify for approval, Mr Jaranthada said, adding the details are studied carefully to ensure the projects will respond to the needs of locals.

From the start of this year, a total of 20 reservoir construction projects, deriving from the public's petitions, have been implemented nationwide. Each project costs about 20 million baht and holds less than 100,000 cubic metres of water, Mr Jaranthada said.