One of the three foreigners spotted swimming at a closed beach behind a hotel in Pattaya emerges from the water on Saturday. (Photo by Chaiyot Pupattanapong)

PATTAYA: Three foreigners have been detained for violating the emergency decree after they were found swimming at a closed beach behind a hotel in this resort city on Saturday.

The three — a Ukrainian and two Russian nationals — were spotted behind the Asia Hotel when local officials were patrolling the area on the first day that the beach closure took effect, said Athiwat Yungklang, of Pattaya City municipality.

He said his team told the two women and a man to move to shore as swimming in the sea was prohibited under the emergency decree in force to contain the spread of the coronavirus disease. They ignored the warning so he alerted police.

The three were taken to the Pattaya City police station for legal action. Violators of the emergency decree can face a jail term of up to one year and/or a fine of 100,000 baht.

Pattaya City has ordered the closure of beaches at eight locations from Saturday until May 31, as part of its effort to curb the spread of Covid-19.

People may exercise on pavements along the beaches but are not allowed to go on the beaches. Eating, drinking and other activities are also banned in the areas. 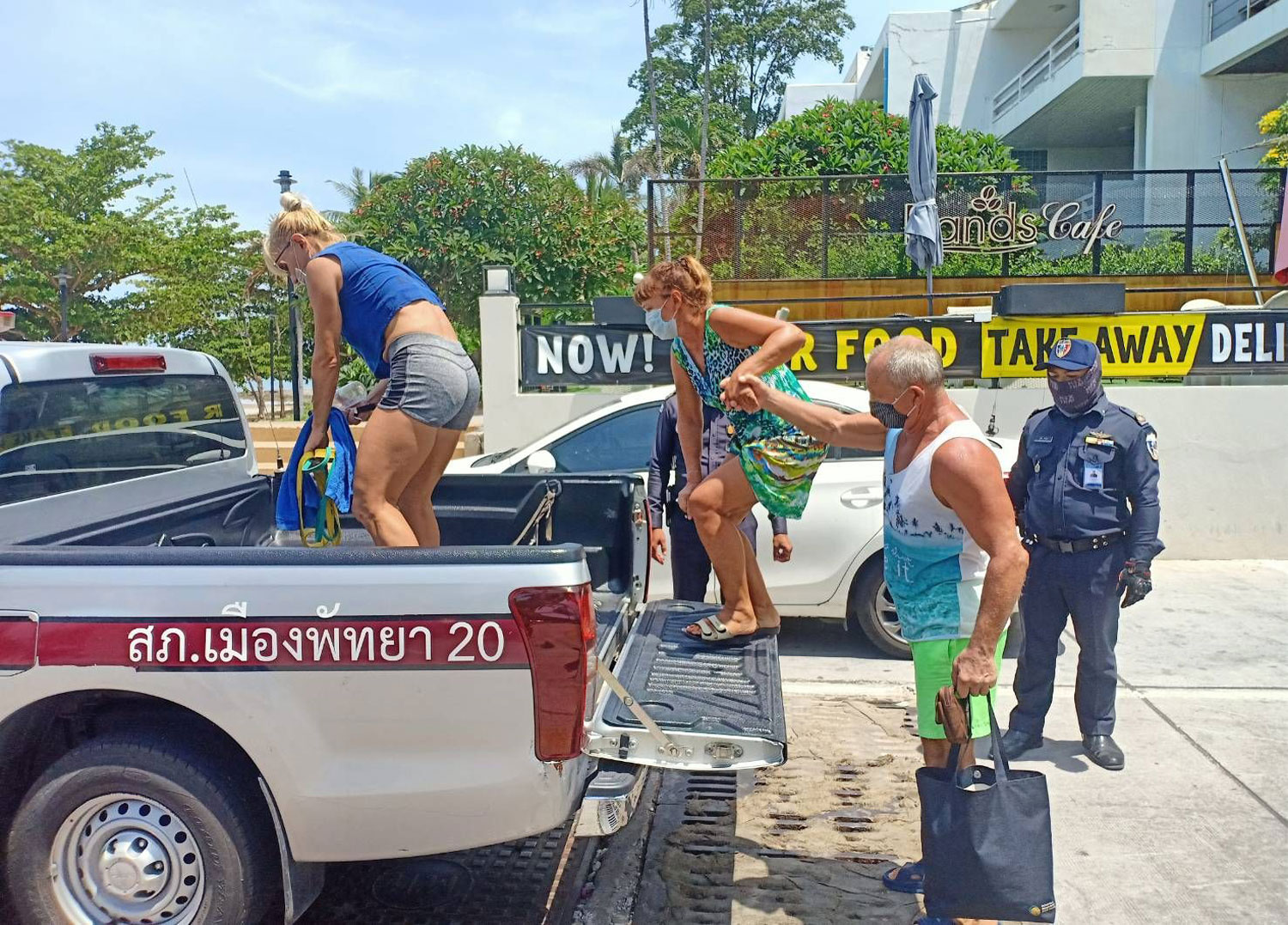 A Ukrainian and two Russians are taken to a police vehicle after they ignored warnings against swimming at a closed beach in Pattaya. (Photo by Chaiyot Pupattanapong) 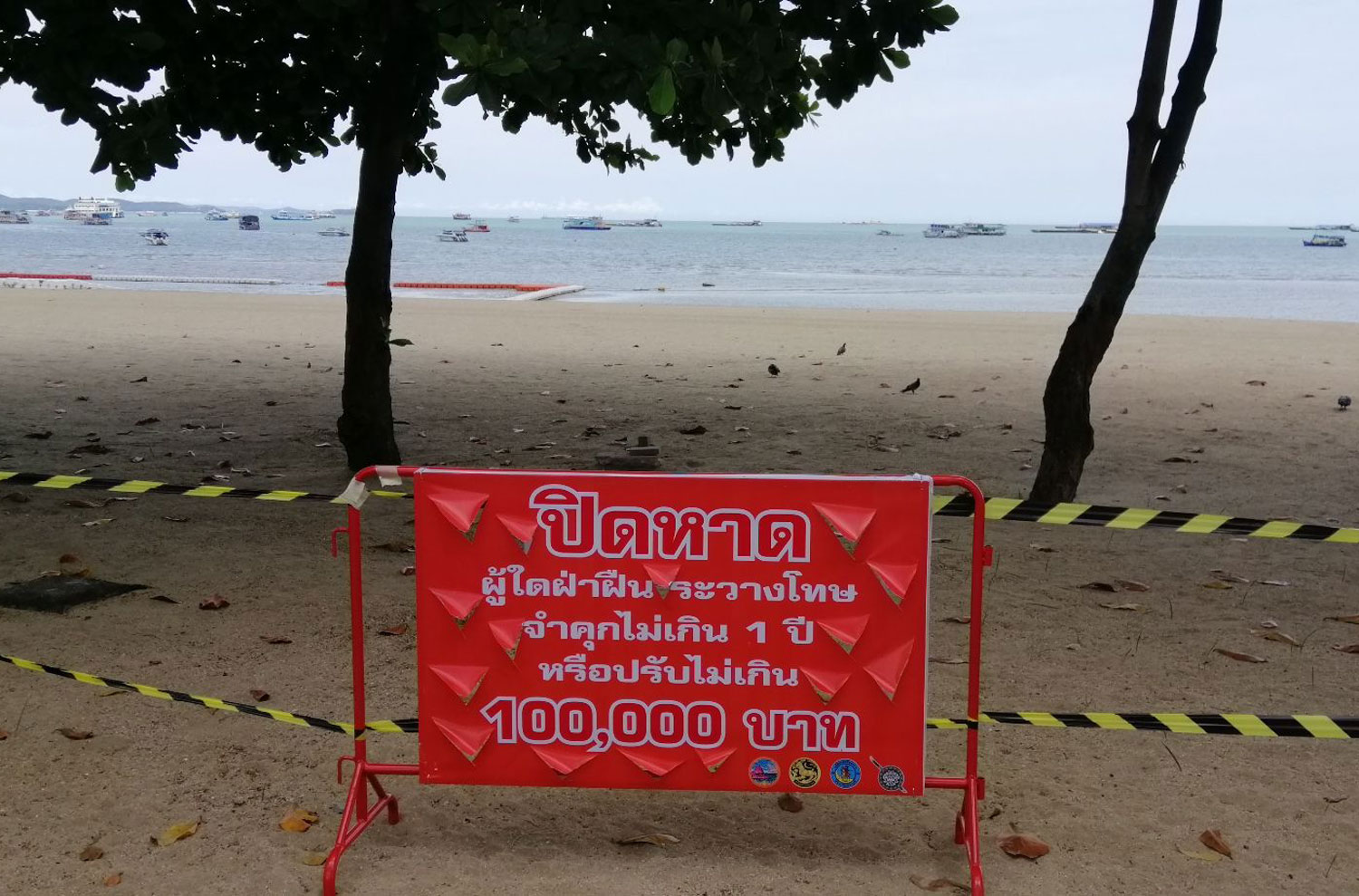 A sign announcing the beach closure, which took effect on Saturday, and punishments for violators is posted at the beach where the foreign swimmers were spotted. (Photo by Chaiyot Pupattanapong)