From security missions to environmental protection and the fight against Covid-19, Third Army chief Chalongchai Chaiyakham is always kept busy. Manning the lookout for drug traffickers who try to sneak into Thailand from Myanmar and Laos is his usual routine, but when bushfires erupt, he offers help. Curbing the spread of coronavirus is the latest job on the list, as well as pre-retirement planning. In this interview, Lt Gen Chalongchai talks to WASSANA NANUAM about how he manages his days as a commander who oversees 17 northern provinces.

What is the current drug situation in the North?

Transnational drug gangs are still finding ways to smuggle drugs into the country but recently have been getting stopped at borders due to the Covid-19 pandemic. The disease has prompted police and soldiers to set up checkpoints in many areas, so now the gangs are biding their time waiting to ramp up their operation again.

What quantities of drugs are expected to be smuggled?

Only the ONCB [Office of the Narcotic Control Board] can give the exact amount. What I can say is that several million pills are stashed near borders. The numbers depend on the amount of drug precursors.

How does Myanmar cooperate with us?

They're trying to make arrests in their areas though they also have to deal with internal conflicts caused by many [armed] ethnic minority groups. I don't think the authorities have full control over all areas, so we need to keep a close watch along the border. We have soldiers but need to focus on intelligence operations to find out where the smuggling is taking place.

How are the bushfires and haze in the North?

The situation is greatly improving, thanks to tropical storms that swept through many hotspots. Earlier we sent 1,000 soldiers to help forest officials put out fires. Our officers also piloted helicopters, each carrying 6,000 litres [of water], to the hotspots while the air force supported the mission by flying its UAV [Unmanned Aerial Vehicle] to locate new hotspots in deep forests.

How has the Third Army been affected by Covid-19?

Only one officer who transferred from our base in Phitsanulok to Bangkok caught the virus from Lumpini Boxing Stadium. He later came back for some documents.

After learning of his infection, we quarantined 19 officers who had been in contact with him. Luckily nobody fell ill.

Do officers go out to help people during the pandemic?

We drive our mobile kitchen to villages and cook food for low-income earners. Our officers also act as "Grab soldiers" riding motorcycles to hand out food to the elderly and disabled. They really like this idea.

We don't use the government budget. All items and money have been donated. What we have found the most rewarding is the smiles on people's faces.

How are you taking care of your officers during the pandemic?

We've adjusted their routines, ranging from daily drills to eating and sleeping, to strictly follow the state social distancing guidelines. 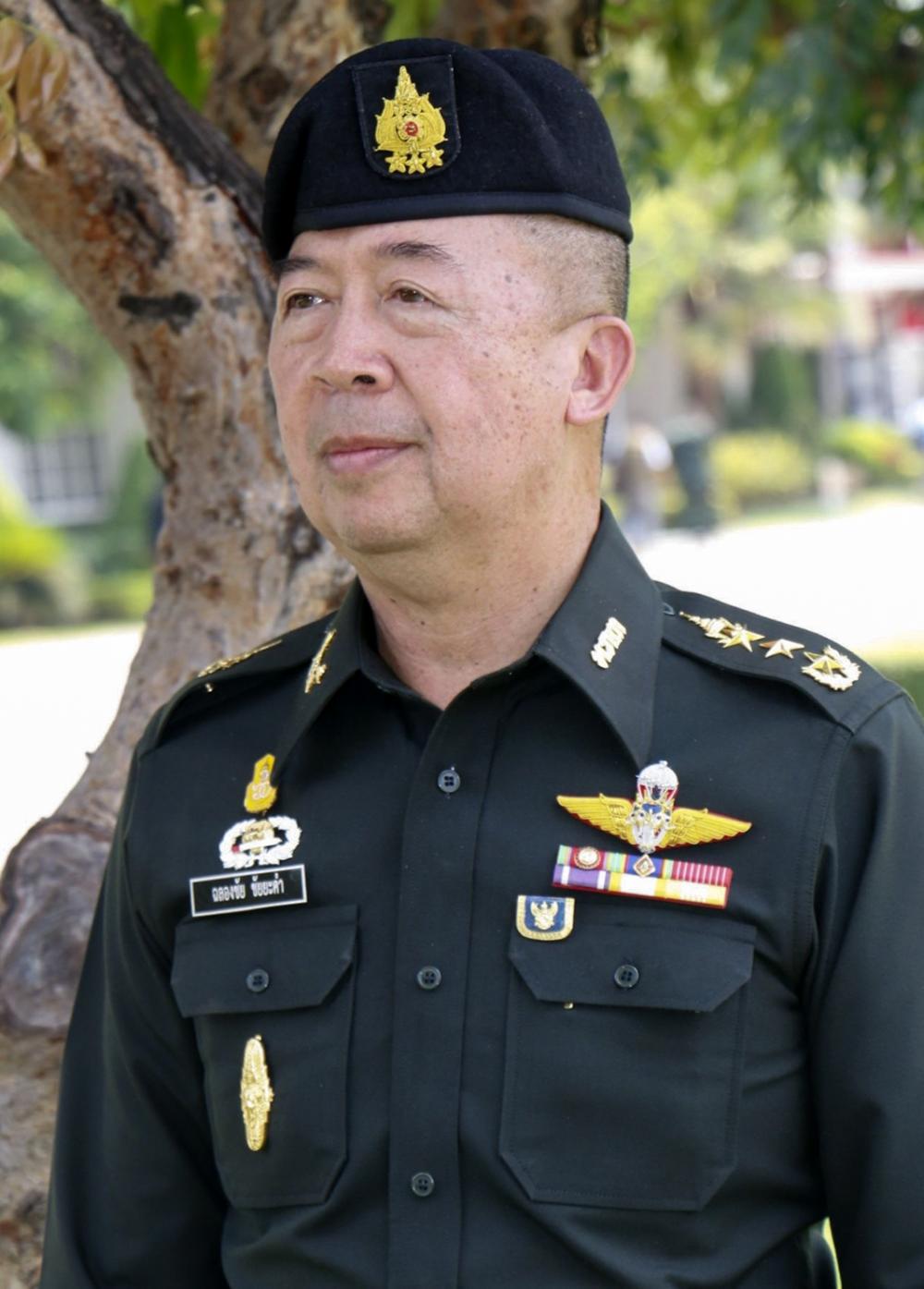 We are also encouraging conscripts due to be discharged this year to stay on because the yearly conscription round was postponed from April to July or August. Around 15% of draftees in the Third Army have decided to stay with us for another year.

This encouragement, initiated by army chief Gen Apirat Kongsompong, is not only aimed at maintaining a military force during a pandemic but is also good for many soldiers who may have struggled to find work after being discharged due to the heavy economic impact of Covid-19.

As for me, I'll work at the Third Army for a few more months because I've already worked here for two years. I expect to be transferred to army headquarters after October.