Officers interrogate a village head and his two accomplices after they were caught with 480kg of compressed marijuana on the bank of the Mekong River in Mukdahan. Border police made the arrest on Saturday. (Photo from @provincialnews191 Facebook page)

MUKDAHAN: A village head and two other accomplices have been arrested and 480kg of compressed marijuana with a street value of at least 10 million baht seized on the bank of the Mekong River in this northeastern province.

Seized from them were 480kg of compressed marijuana. The three men were about to take the drugs that were smuggled via the Mekong River to a storage place when officers spotted them.

Mr Phuthorn claimed this was the first time he had been involved in the drug trade but authorities were not convinced.

The arrest followed an investigation that the suspects had been close to a drug trafficking network. The gang had bought marijuana from Laos and kept it in their storage before delivering to Thai agents.

Authorities would expand the investigation to include others who were involved, Thai media reported. 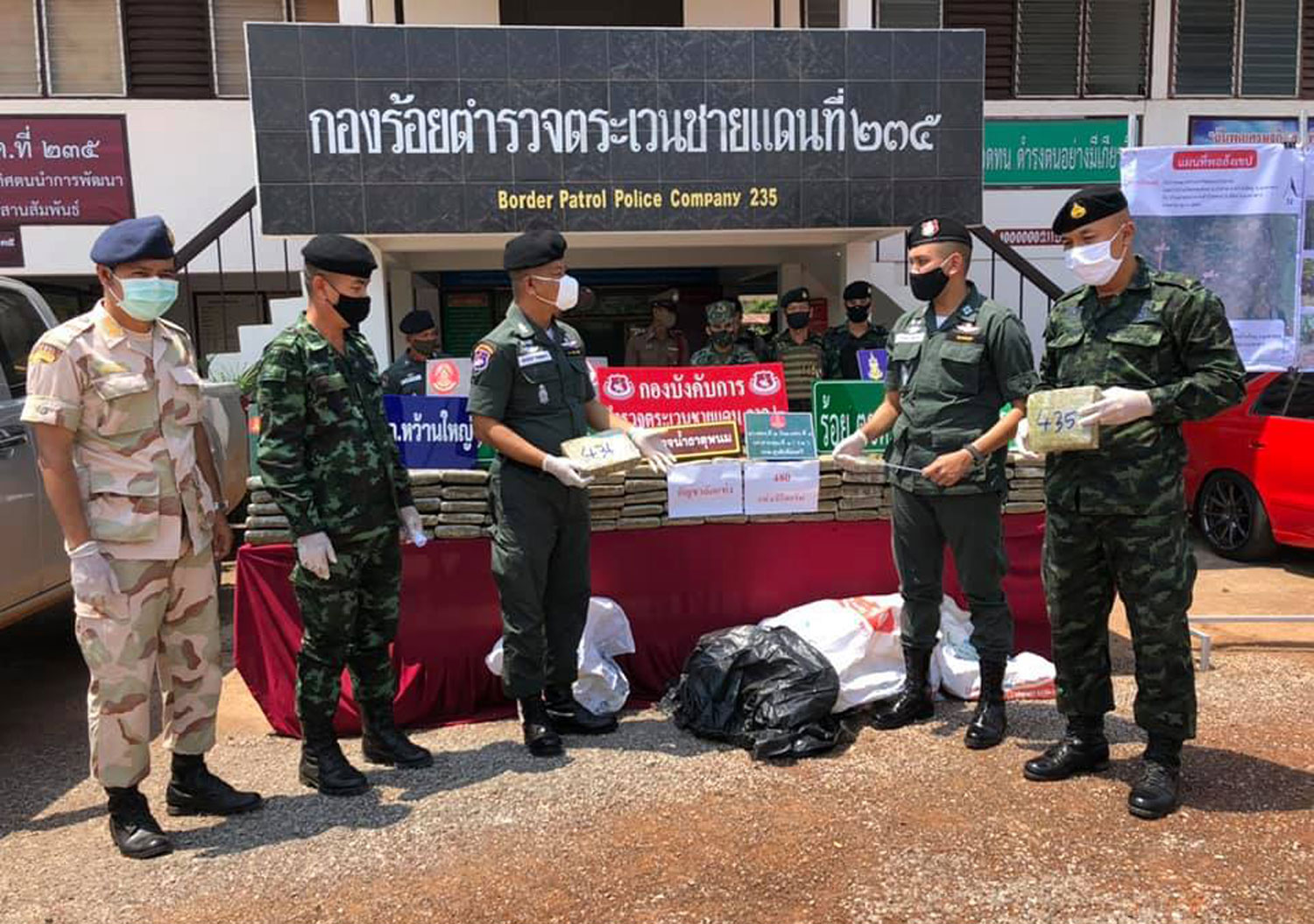 Half of the 70-million population will have received the first dose of Covid-19 vaccines by the end of October, with at least 1 million doses each for the first and second shots to be administered on Sept 24 alone to mark a special day.

HANOI: Vietnam has approved a Cuban vaccine for use against the coronavirus, the government said on Saturday, as the country continues to battle its worst outbreak yet.