Filipino teachers in Thailand are struggling after schools nationwide closed weeks ago in attempts to curb the spread of the coronavirus.

Although they are still technically employed, many are hired under a "no work, no pay" status. This means they have to survive with no income until schools reopen again in July.

Felma Requias, an English teacher at Wat Don Muang School in Bangkok, said she has been out of work since mid-March when the Education Ministry ordered schools across the country to shut down.

"When there are no classes, we do not get paid," Ms Requias said. "Most Filipino teachers here are on a no work, no pay set-up. We are hired through agencies and they are the ones who pay our salaries."

"Now I have no income at all, but I still have to eat, pay rent and utility bills," she said, adding that another 300 Filipino teachers who work under her agency are also facing the same plight.

"We can also borrow money from the agency if we really need it, but I chose to borrow from my brother instead," Ms Requias said.

While some Filipinos would rather go home, Ms Requias said she wants to stay and wait for schools to reopen.

"I don't think the situation in the Philippines will be any better. The rate of Covid-19 infections in my homeland is worse than in Thailand. I want to work here as it's harder to find a decent paying job in the Philippines," she said.

Ms Requias, who has been teaching in Thailand for two years, said she hopes life returns to normal as quickly as possible so she can get back to work. "I miss the children in class. I can't wait to return to school," she said.

A recent survey by PinoyThaiyo, a website run by the Filipino community in Thailand, found 81% of Filipinos here have been affected by the Covid-19 crisis either directly or indirectly. Some 1,047 Filipino workers from different provinces took part.

In a 2017 report from the Department of Employment of Thailand, Filipinos topped the number of migrant workers out of nine countries taking jobs in teaching, management, engineering, architecture and business with 14,830. 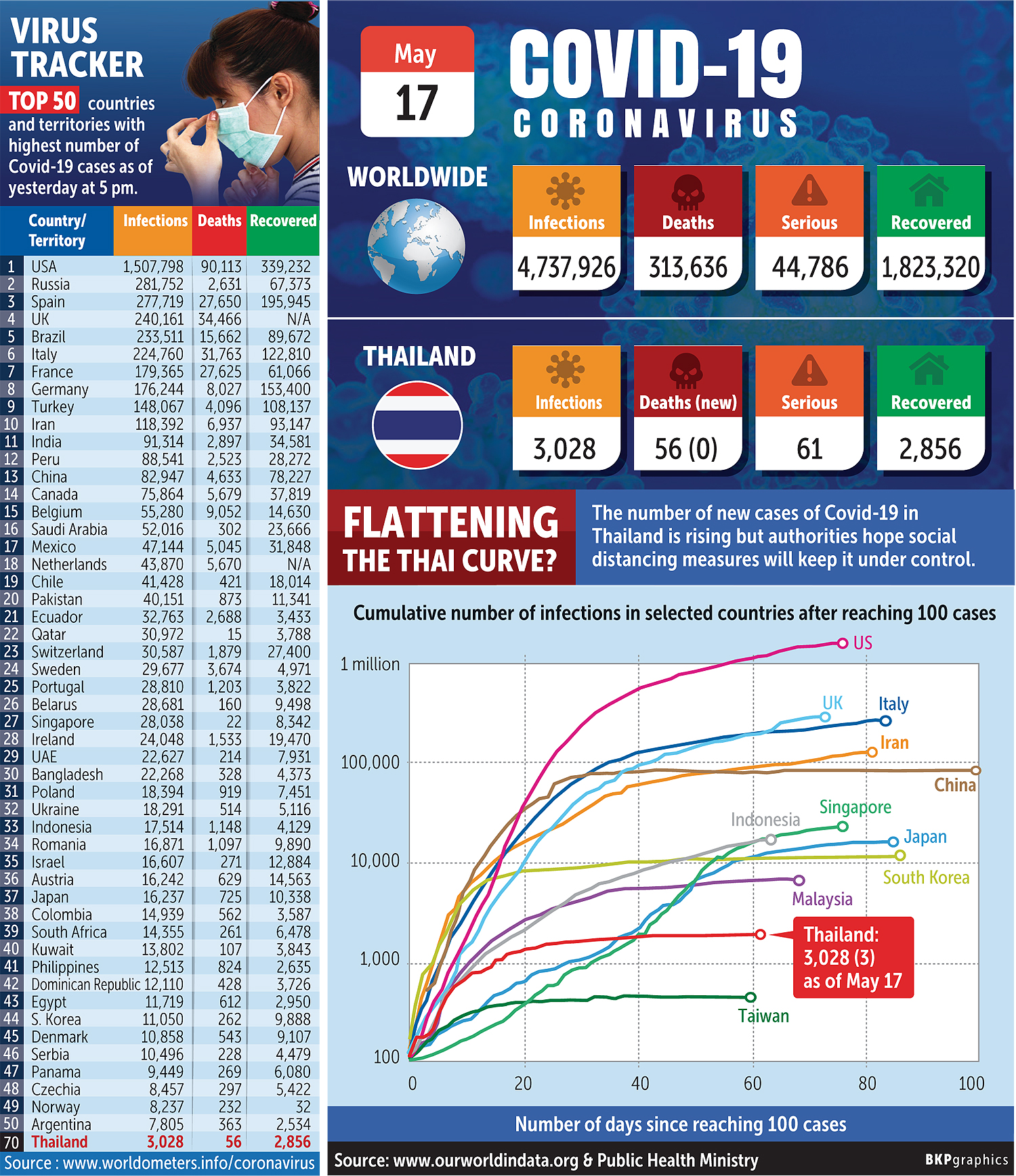 Thailand has been steadily hiring English teachers since 2000. As citizens of an Asean country, Filipinos can stay in Thailand for 30 days visa-free. Every year, Filipinos come to work as teachers, hotel workers or nannies. Upon employment, they are provided with visas and work permits. However, many are employed on the "no work, no pay" status.

To alleviate the plight of these workers, a group of Filipinos -- the United Filipinos of Thailand (UFT) -- launched a campaign to distribute free food packs to them.

The group has been giving out groceries to hundreds of Filipinos since late March, a period when many "Pinoys" were laid off from their jobs.

"We started because we were thinking that Covid here was getting serious," Jaycee Dilan, a leader of the project told PinoyThaiyo magazine. "We started talking about it and when the number of cases was getting high, we prepared the team."

Mr Dilan spoke to the former president of UFT, Bing Arias, to get the project rolling, which they called the Covid Food Pack Project. Many of the recipients were teachers who lost their jobs in March.

"Most teachers are on a no work, no pay scheme. They have nothing to pay their rent, they have nothing to eat," he said. "Some have been allowed by their landlords to pay their rent much later. Others had to move out and share a place with their friends. Many are thinking of resigning and going back to the Philippines because they cannot sustain their lives here any more."

Even Filipinos who are not working in schools have lost their jobs.

"The bars here have closed. Of course, during a lay-off they will choose Thai workers over foreigners because foreigners get paid more. Some were laid off in the meantime because if that is not done, the company might end up closing," he said.

UFT raised money from companies and other Filipinos in Thailand, which was used to buy the food packs. Each pack consists of five kilogrammes of rice, 10 chicken eggs, a bottle of cooking oil, a few cans of sardines, face masks, packets of noodles and loaves of bread.

Each pack can last for up to three weeks.

Mr Dilan said they will continue to help members of the community and are seeking more donations.

"Now we are writing letters of appeal to sponsors and companies to provide donations. Not everyone who sends us messages asking for help will be given food. We will prioritise people who have been laid off whose companies have closed, have dependents, or have run out of money," he said.