Nikorn, 39, a tempoorary teacher at a school in Ban Dan district, Buri Ram, province admits to police on Monday he groped a 12-year-old student at the school in April. He insisted he had not did not have sex with her. (Photo: Surachai Piragsa)

BURI RAM: A 39-year-old teacher arrested on charges of performing obscene acts on a 12-year-old student has admitted groping, but denied having sex with her, according to police.

Local police arrested Nikorn (surname not given), a temporary teacher at a public school in Ban Dan district, on Monday.

It followed a complaint by a mother that he lured her grade 6 daughter to the school, where he allegedly sexually molested her.

The mother gave police copies of Facebook chats between the teacher and her daughter.

During interrogation, Mr Nikorn allegedly admitted hugging and kissing the girl and  touching her private parts in an empty classroom after he asked students to attend computer studies at the school during the vacation in April. He insisted he had not otherwise sexually abused her.

The other students were downstairs at the time.

He said "something slipped in his mind", admitted what he had done and did not make any excuses, police said.

Mr Nikorn said he was ready to accept his fate and had already tendered his resignation. He earlier apologised to the girl and her parents.

The girl’s mother told police that the incident happened when she and her husband were away working in another province. The girl and her eldest sister were staying with their grandmother.

Her eldest daughter phoned her last Wednesday, told her what had happened and sent her the Facebook chat messages. She was stunned.

She had talked with friends about a recent sexual scandal involving five teachers and a schoolgirl in another province, but never thought such a thing could happen to her daughter.

She questioned her young daughter, who finally admitted the teacher had hugged, kissed and touched her.

The woman said she had taken the girl to hospital for a thorough medical examination, and was still awaiting the results.

Pol Maj Suradet Prasongdai, investigation chief at Ban Dan police station, said Mr Nikorn was charged  with performing an obscene act with a girl aged under 15, regardless of whether she consented or not, and depriving a child under 15 of parental care.

He was denied police bail and was expected to appear in Buri Ram Provincial Court on Tuesday, when police would ask for his continued detention. 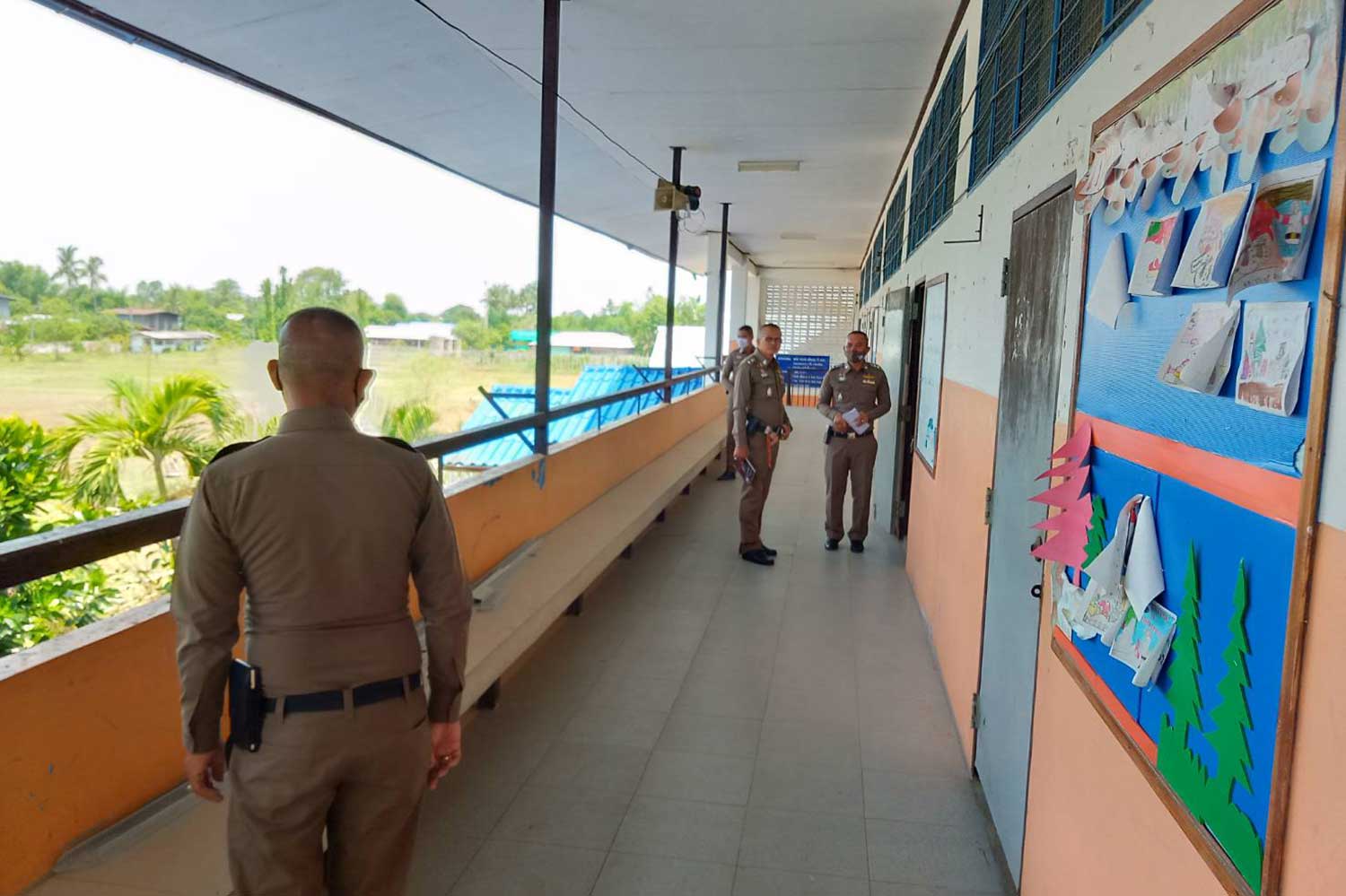