Storms alert for most of Thailand
Thailand
General

Storms alert for most of Thailand

The Department of Disaster Prevention and Mitigation has issued storm alerts for Bangkok and 62 provinces, warning of heavy rain and strong winds until Thursday triggered by tropical cyclone Amphan in the Bay of Bengal.

Department director-general Monton Sudprasert said on Tuesday cyclone Amphan was moving north-northeast and was expected to make landfall in upper India and Bangladesh this week.

This would strengthen the southwest monsoon across the Andaman Sea and in the Gulf of Thailand. Heavy rain was therefore forecast in most of the country. Flash floods, runoff and stormy seas are possible, said Mr Monton.

The department was working with authorities in Bangkok and 62 provinces likely to be affected, preparing for torrential rain and strong winds until May 21.

Of the 62 provinces,13 are in the North, 18 in the Northeast, 15 in the Central Plains, seven in the East and nine in the South. (see map below) 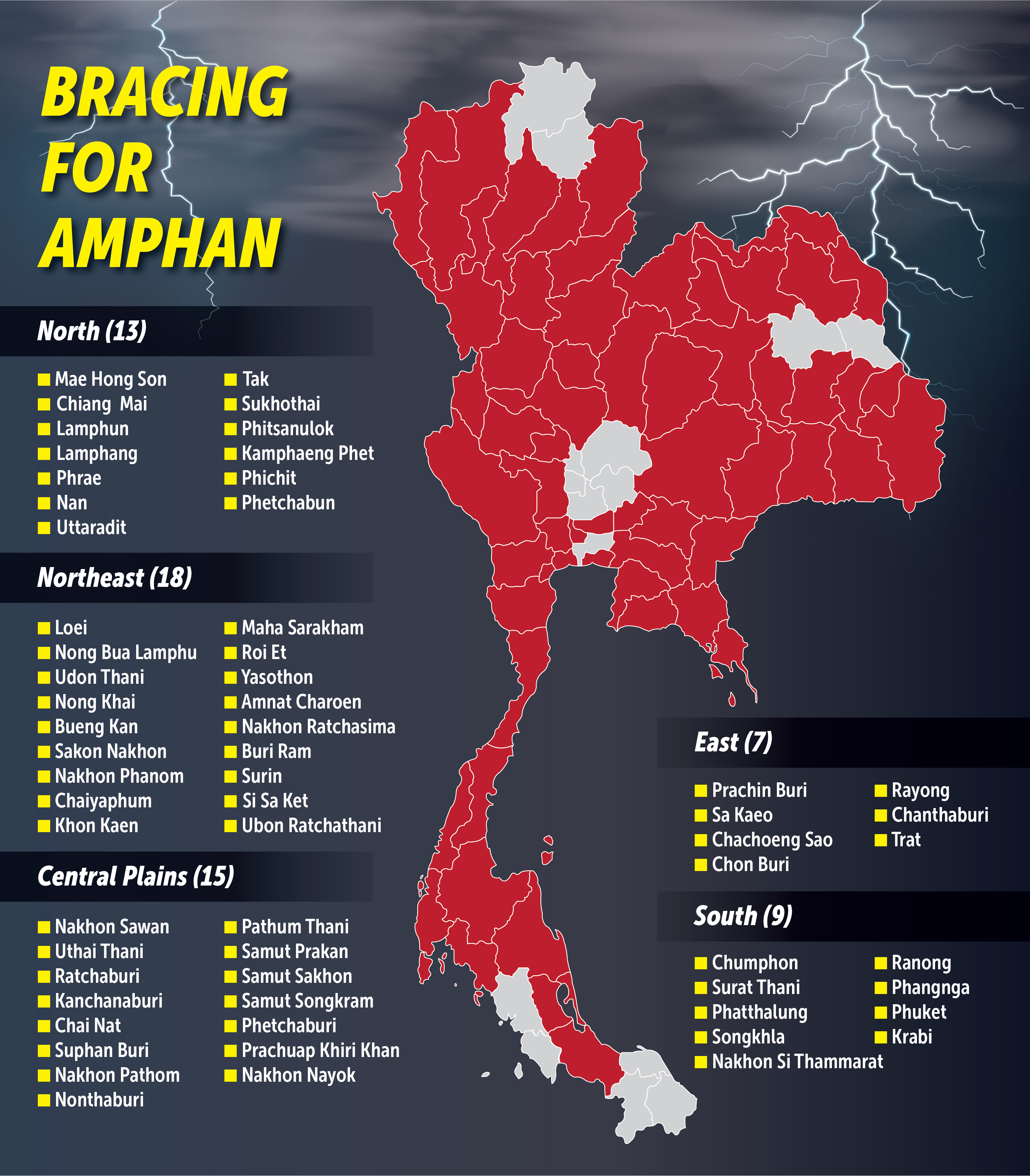