Myanmar last week confiscated 41.5 tonnes of precursor chemicals and one tonne of opium in raids as part of a joint operation code-named Golden Triangle 1511, Office of the Narcotics Control Board secretary-general Niyom Termsrisuk said on Wednesday.

A report from the Central Committee for Drugs Control (CCDC) of Myanmar said the items seized included 41.5 tons of precursor chemicals - 26.6 tonnes of ethyl acetate and 15 tonnes of ammonium nitrate - and one tonne of raw opium.

They were intercepted along important delivery routes in Myanmar.

Mr Niyom said the 26.5 tonnes of ethyl acetic could be used as a precursor to produce as many as 1.5 billion methamphetamine pills, or about 45 tonnes of crystal methamphetamine, known as ice. One tonne of raw opium could be refined into about 100 kilogrammes of pure heroin.

It was not known how ammonium nitrate, which is used as a fertilizer and in explosives and rocket propellant, was being used in drug production. However, Myanmar has listed it as a controlled substance.

The seizure of such a large quantity of precursors indicated Myanmar's strong cooperation in the operation, Mr Niyom said. (continues below) 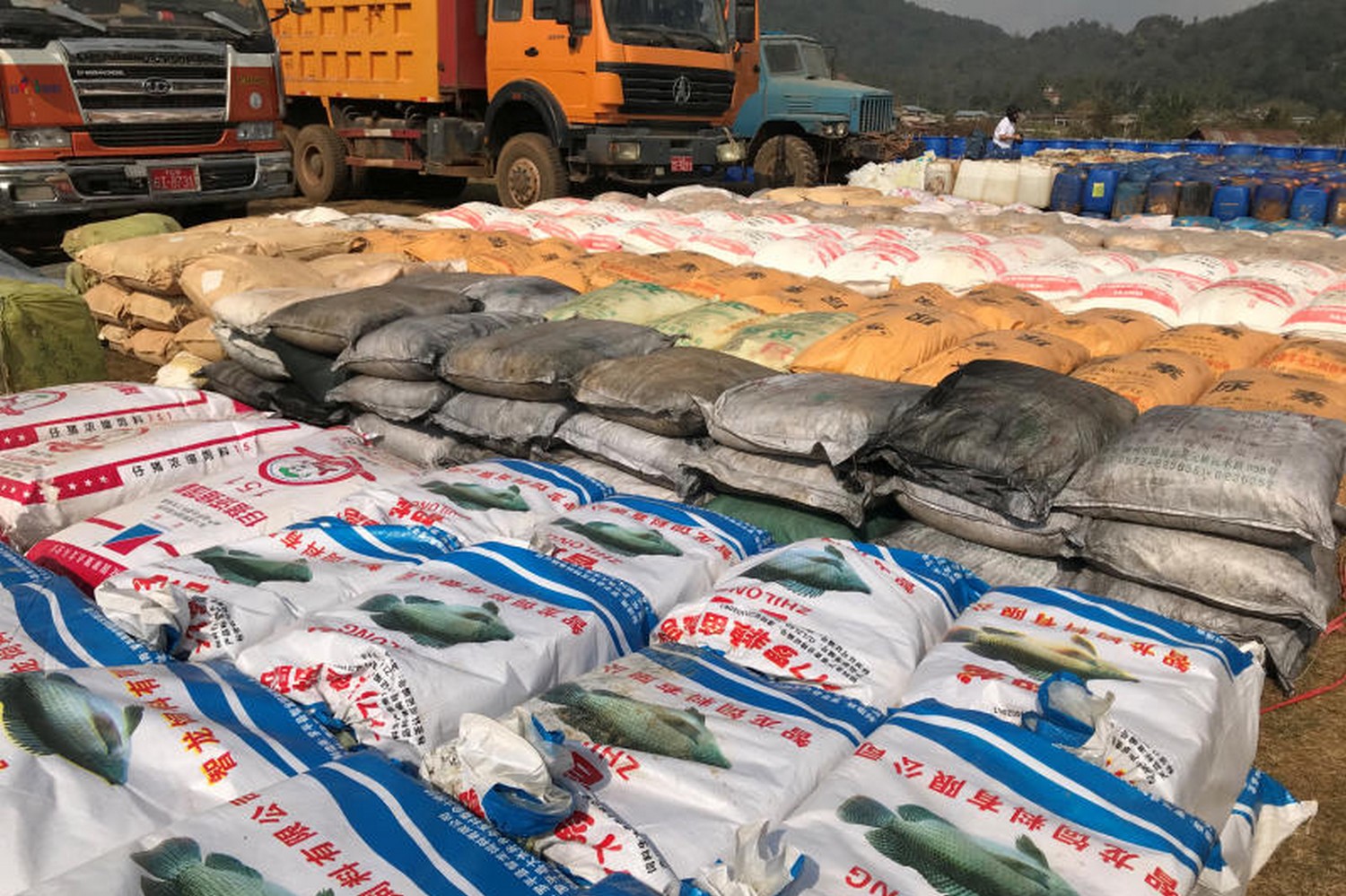 Precursor chemicals used to make illicit drugs such as methamphetamine, ketamine, heroin and fentanyl seized by Myanmar police and military near Loikan village in Shan State, between February and April, in what the United Nations Office on Drugs and Crime described as Asia's biggest-ever drug bust. (Photo: Myanmar Police/UNODC/Handout via Reuters)

Operation Golden Triangle 1511 involves all six countries in the Mekong river basin and started in December 2019. Since then, 338.6 million methamphetamine pills, nearly 7 tonnes of crystal meth, 8.3 tonnes of precursors, 7.2 tonnes of caffeine and 218.5 tonnes of other chemicals have been seized.

In Myanmar alone, 190 tonnes of precursor chemicals have been seized, Mr Niyom said.