A fire ravages a garage in Lam Luk Ka district, Pathum Thani on Friday night, causing gas cylinders kept inside to explode. Wreckage of more than 10 cars and auto parts were burned down. (Photo: Pongpat Wongyala)

More than 10 fire trucks, firemen and rescue workers were deployed to the scene. They saw grass burning on a vacant land plot and an adjacent automotive parts-extraction garage in flames.

At the time, there were 10 cars and some auto parts, as well as gas cylinders, inside in the garage. As the fire ravaged through it, the gas cylinders exploded.

The firemen took almost one hour to put the fire under control. The garage, as well as all cars and auto parts inside, were burned.

Pieces of the exploded gas cylinders also damaged the roofs of several houses in the area. No injuries were reported.

Khwanmuang Bamrungkit, 53, owner of a house whose roof was damaged, said he was having a meal when the fire broke out, damaging his roof.

Bunthan Seelabut, 56, said he and his family were also having a meal when the fire broke out. He immediately spray water on the walls of his house while his wife alerted firemen. 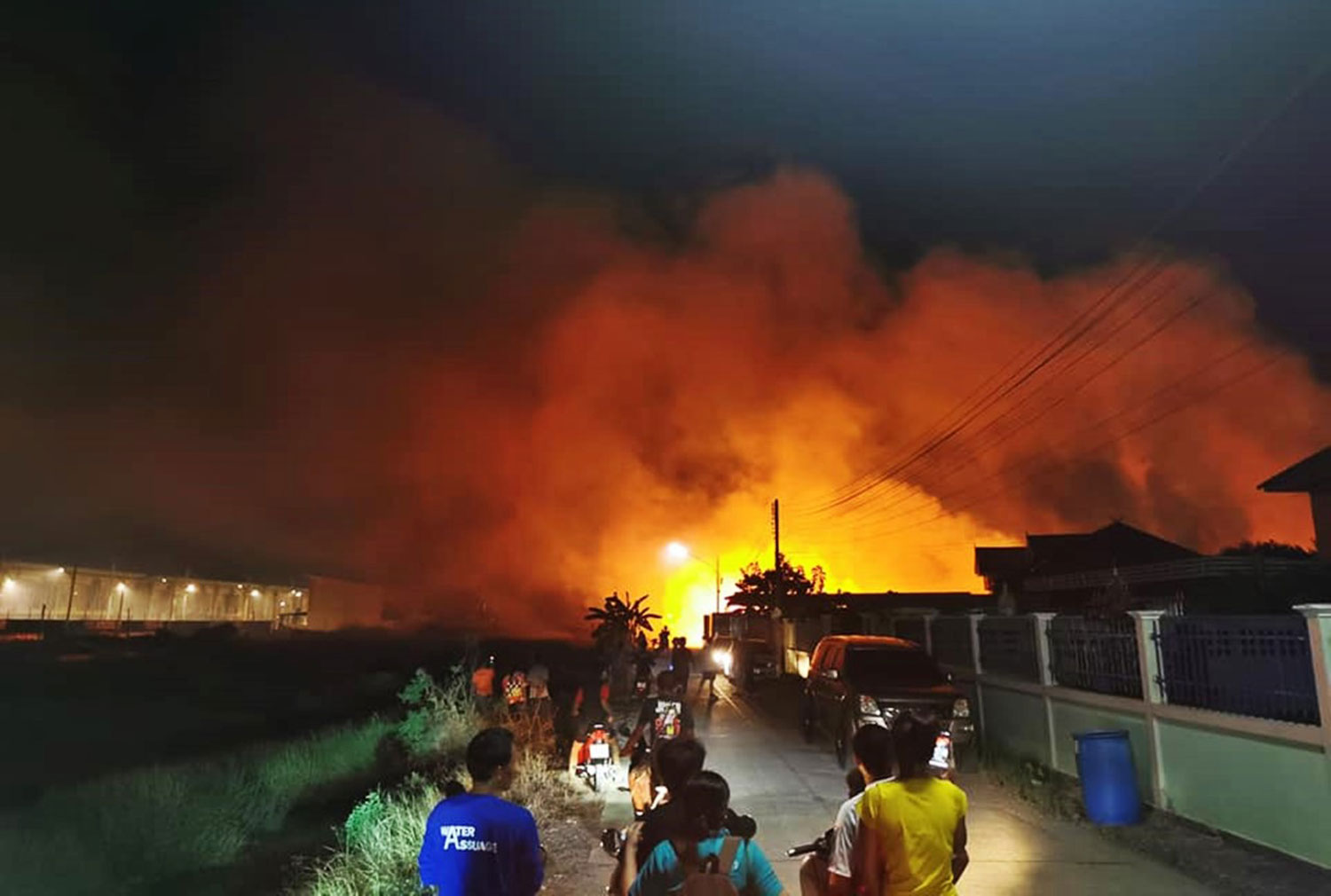 Firemen take almost one hour to put out the fire. (Photo: Pongpat Wongyala) 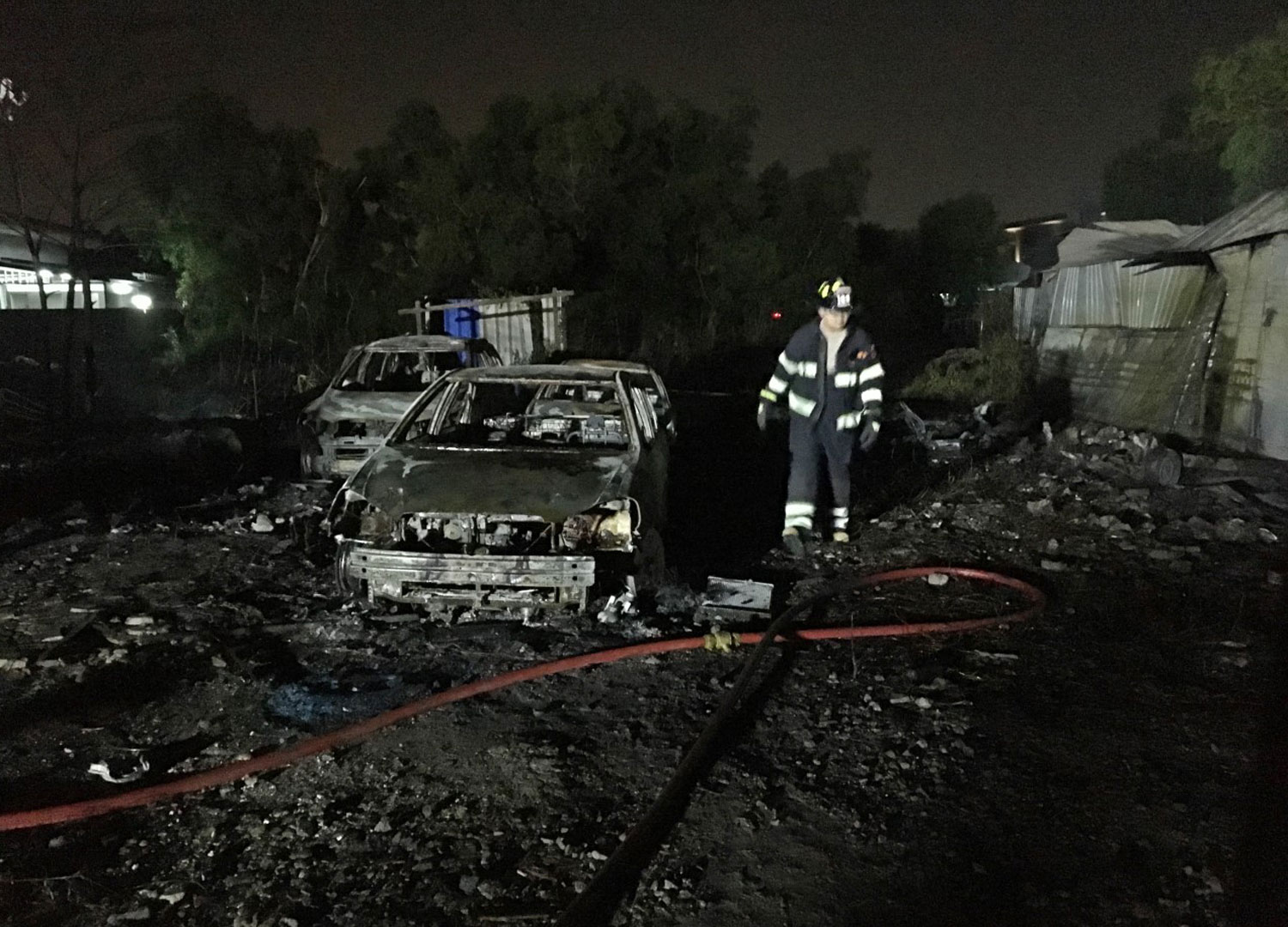