Anucha Binmusa, 46, takes a police investigator to the site where he purchased baby cockles from local fishermen in Surat Thani before three police officers allegedly tried to extort money from him. (Photo: Supapong Chaolan)

SURAT THANI: A cockle trader who accused three police officers attached to Provincial Police Region 8 of trying to extort 5 million baht from him has vowed not to let the rogue officers escape punishment.

Anucha Binmusa, 46, and two other men gave their accounts to a fact-finding panel set up by Provincial Police Region 8 to look into the allegations.

On Wednesday, about 200 angry fishermen surrounded a police vehicle at Bang Samrong community in tambon Tha Thong Mai of Kanchanadit ditrict after hearing that the trio had tried to arrest and extort money from Mr Anucha.

Mr Anucha later filed a complaint against the officers, accusing them of demanding 5 million baht from him in exchange for dropping charges of purchasing baby cockles they claimed had been harvested illegally. He said he wanted them charged with extortion, illegally carrying weapons in public, and malfeasance.

The investigators showed Mr Anucha photos to identify the men he said tried to extort him, and he pointed to pictures of the three officers.

Mr Pongsak told investigators that he had known two of the three officers — Pol Snr Sgt Maj Phichate and Pol Snr Sgt Maj Thanyapong — because they used to work in his community. On Wednesday, he received a phone call asking him to negotiate at the scene where local fishermen had surrounded the police vehicle. The angry fishermen later dispersed.

Mr Anucha took the police panel to Bang Samrong, where the police vehicle had been surrounded, and the Tapi River, where one of the accused officers carrying a weapon came to arrest him for violating the fisheries law. The officer tried to take him to the police vehicle, but he refused, he told the panel.

He told the panel that the officer had demanded 5 million baht from him in exchange for dropping charges. Local residents started arriving to see what what was going on. As more people arrived, the officer hurriedly got into the vehicle, but it was encircled by a crowd of residents and fishermen.

Mr Anucha said he would not let any officers posing as thieves escape punishment. He wanted to set a precedent in the case, he added.

A source familiar with the proceedings said the three officers told the investigation panel that they had been acting on the order of a police operational team to follow up people wanted on arrest warrants and violators of natural resources laws.

They said they went to the site after hearing that there would be purchases of baby cockles that had been illegally harvested. They denied intimidating and demanding money from the trader as alleged, said the source. 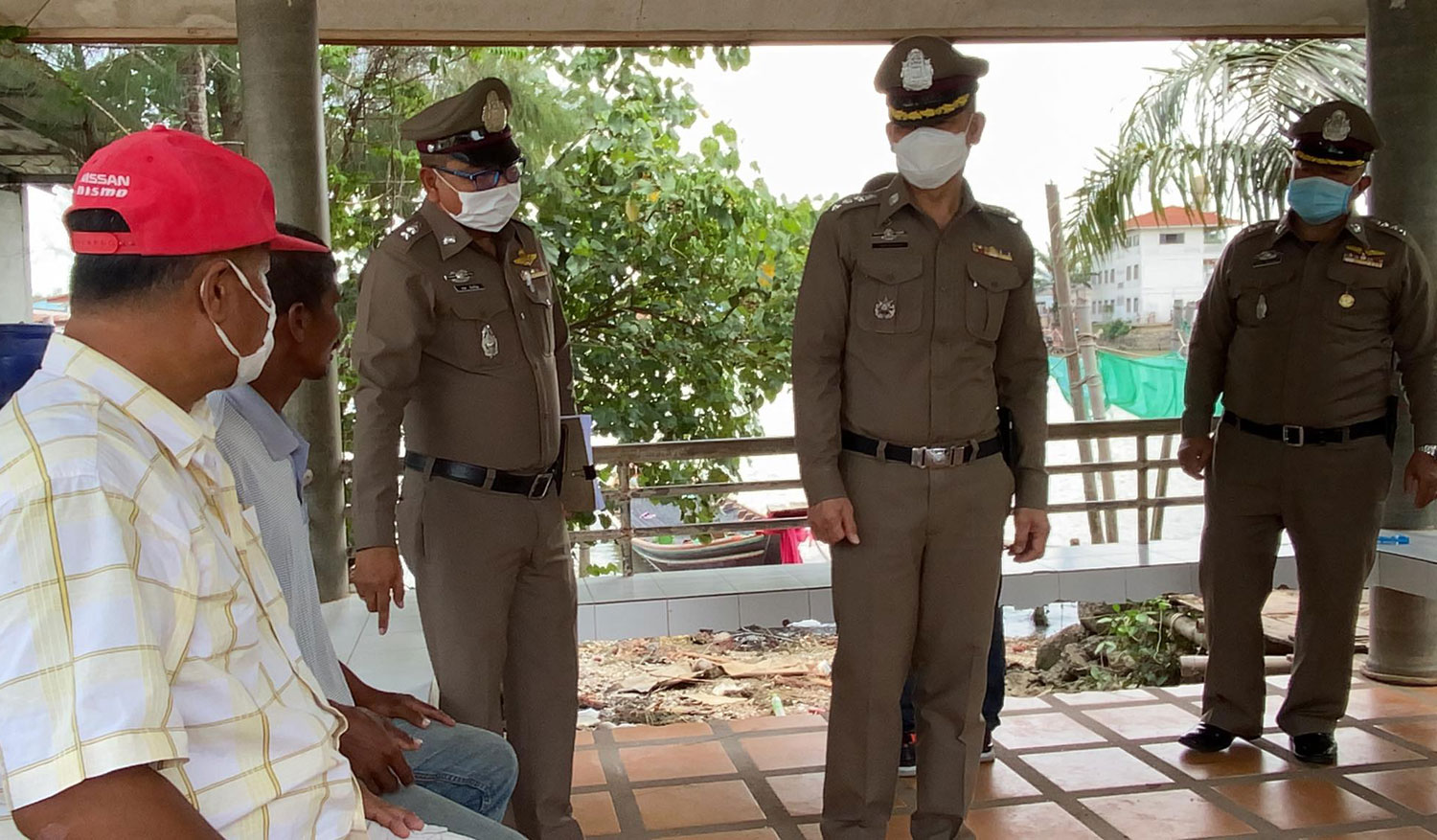 Members of a police panel question trader Anucha Binmusa, 46, and another man about the extortion alleged to have involved involving three officers. (Photo: Supapong Chaolan) 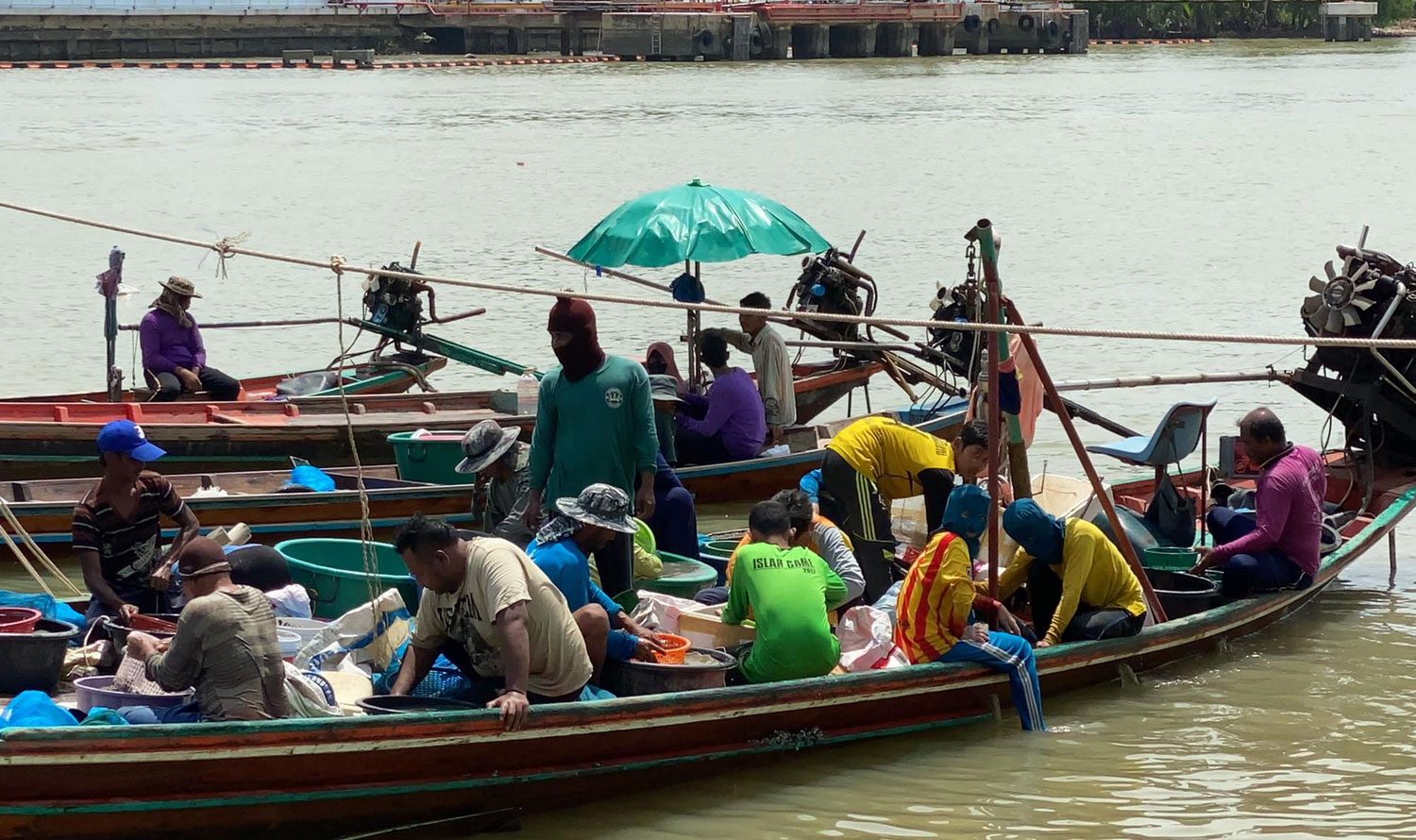 DUBAI: Iran has asked Indonesia to provide details about the seizure of an Iranian-flagged vessel, Iranian Foreign Ministry spokesman Saeed Khatibzadeh said on Monday, a day after Jakarta said it had seized Iran and Panama-flagged tankers in its waters.