Researchers of Chulalongkorn University on Saturday show the samples of Covid-19 vaccines to be tested on monkeys at the National Primate Research Centre in Kaeng Koi district of Saraburi province. (Photo by Nutthawat Wicheanbut)

The government is hoping to start testing its locally manufactured Covid-19 vaccine on humans before the end of the year, according to Suvit Maesincee, Minister of Higher Education Science Research and Innovation.

"If our vaccine trial on monkeys proves successful, we will start the human trial phase after August," Mr Suvit told the media on Saturday.

Thailand is testing several vaccines. This one involves the government, Chulalongkorn University's Centre of Excellence in Vaccine Research and Development, the National Vaccine Institute and the Department of Medical Sciences and the private sector.

He said a research team tested their mRNA vaccine on guinea pigs before moving on to monkeys, identified as long-tailed macaques, which share a similar genetic structure to humans.

The vaccine will continue to be trialled on monkeys for three months in the next phase of the process.

If all three tests are successful, the team will start the human trial phase, Mr Suvit said, noting the government could make the vaccine available next year.

"We are using mRNA technology, the newest method for developing vaccines, because the vaccine can be developed rapidly and small amounts can be used to run tests," he said.

It identified the carriers as an Italian living in Phuket and two Thais who had returned from abroad and were in state quarantine.

The three raised the national figure to 3,040 with no new deaths.

Panprapa Yongtrakul, assistant spokeswoman for the Centre for Covid-19 Situation Administration, yesterday said the Italian was male, 49, and tested positive on Friday.

She said the other two were a 24-year-old student who studied in Egypt and a 43-year-old Thai national who worked at a spa in India. 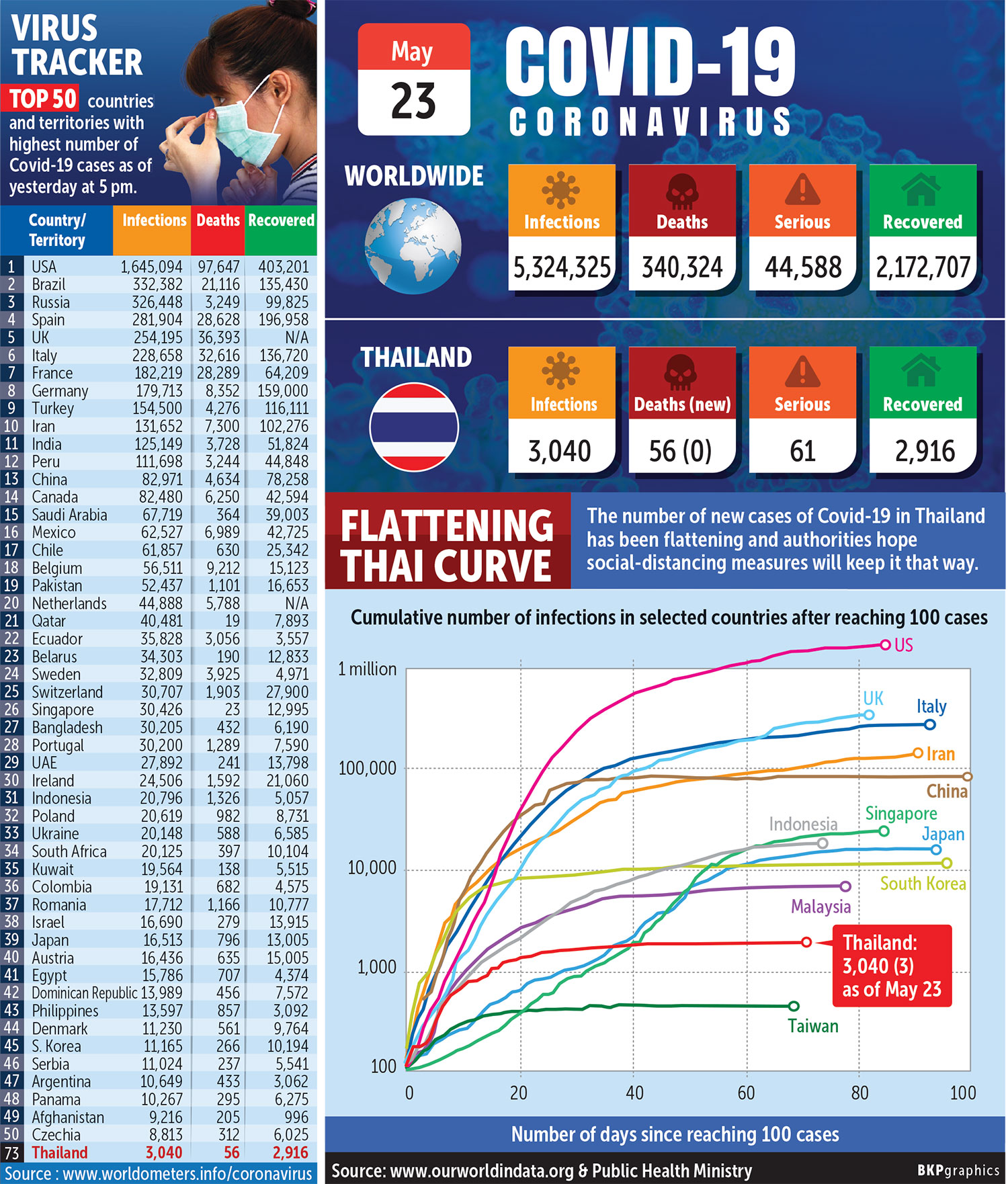