KHON KAEN: A man seen tossing a black plastic bag from his car onto the roadside was later stopped and searched, and more than 600,000 methamphetamine pills were found in more bags inside the vehicle.

Somphan Sri-ubon, 43, of Mukdahan province, was detained when police following him stopped his car at an intersection in Kantharawichai district of Maha Sarakham on Monday, Pol Maj Gen Somchai Numtor, deputy commissioner of Provincial Police Region 4, told reporters on Tuesday.

Inside the car were bags containing morethan 600,000 meth pills.

The arrest came after Kalasin investigators learned that drugs were being delivered regularly along the Kalamasai-Kalasin road in Kalasin province. Police teams were assigned to patrol the route, Pol Maj Gen Somchai said.

One team spotted the driver of a Mitsubishi car with Mukdahan licence plates slowing down about 10 km from downtown Muang district of Kalasin. The driver then threw a black plastic bag into bushes on the roadside, and drove away.

The bag was found to contain 2,000 meth pills. The officers alerted another team to intercept the vehicle, which they did just short of an intersection near the BAAC branch in Kantharawichai district of Maha Sarakham province.

Inside the car were several fertiliser bags found to contain a large amount of methamphetamine pills.

During interrogation, Mr Somphan allegedly admitted he had collected the drugs at Wat Phum Manorom in Muang district of Mukdahan about 6.30am on Monday for delivery to four locations  - in Roi Et, Kalasin, Maha Sarakham and Khon Kaen provinces.

The Lao drug trader had offered him 140,000 baht for the job. He would get the money after completing the deliveries.

Police were extending the investigation. 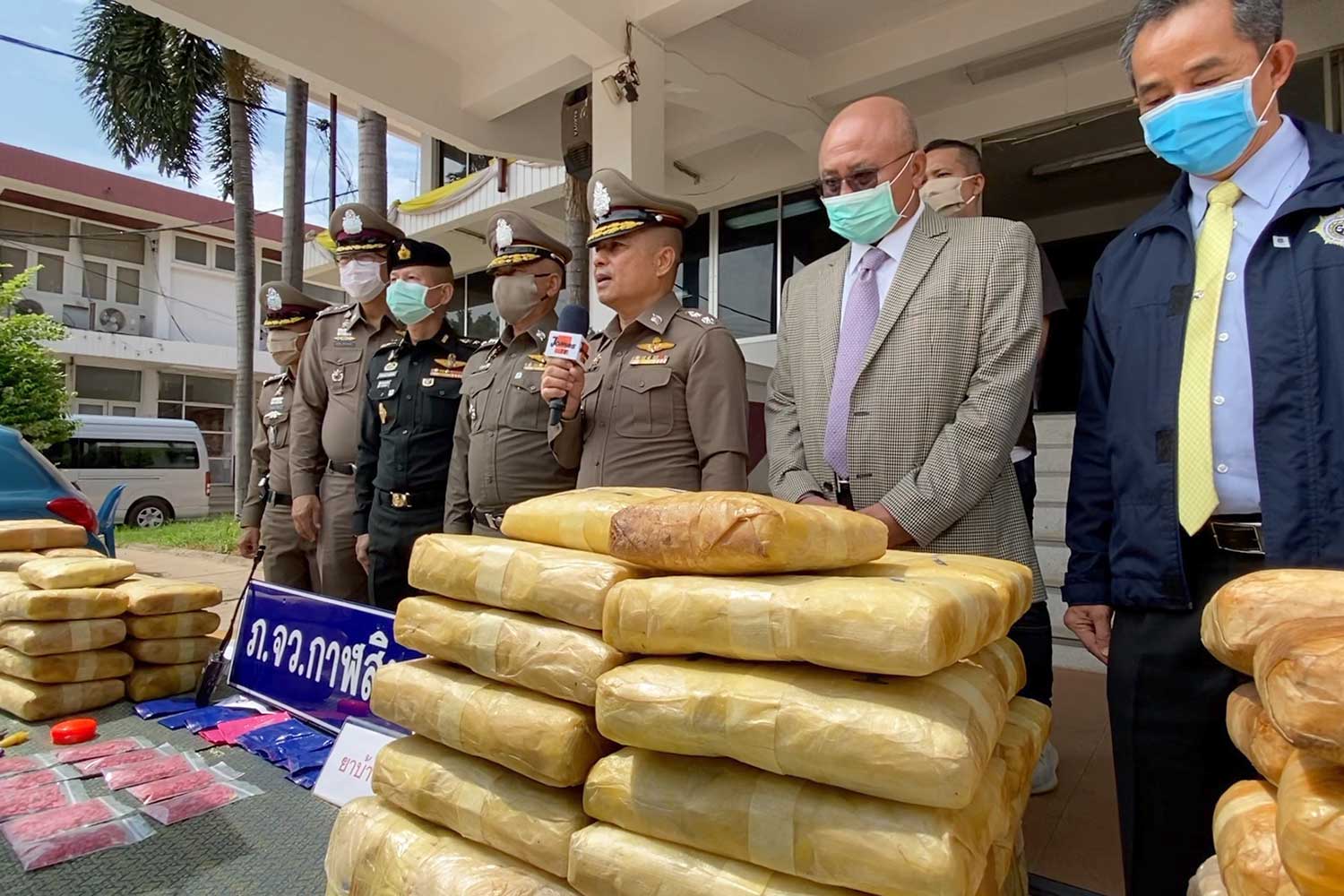 Packs of speed pills are displayed during a media briefing in Kalasin on Tuesday. (Photo: Yongyuth Phuphuangpet)

The drug suspect is escorted by police after his arrest. (Photo: Yongyuth Phuphuangpet)