NAKHON RATCHASIMA: When Sombat Thunsungnoen bought several trays of discounted chicken eggs from a mobile grocery store he thought he was getting a bargain - until he tried to cook them.

Sombat, of Sung Noen district, complained to reporters on Friday that he had been scammed. The eggs were fake.

He said that on Monday he went out to buy chicken eggs at Sung Noen fresh market. Then he saw a mobile grocery store, a six-wheel truck, selling eggs in front of the market.

The eggs were much cheaper than the other stalls, so he bought three trays -- at 60 baht a tray of 30.   Other stalls sold eggs of this size at 85-100 baht a tray. He also bought two more trays for a neighbour.

He was happy with the purchase and returned home. It was only when he cracked open some of the eggs to make an omelette for his children that he realized he had been had.

The eggs he bought were not real. They had no smell and the egg "whites" were a powdery gel. He also realised then that the shells had a rough surface, not like normal eggs, and there were dark red dots on them, Mr Sombat said. 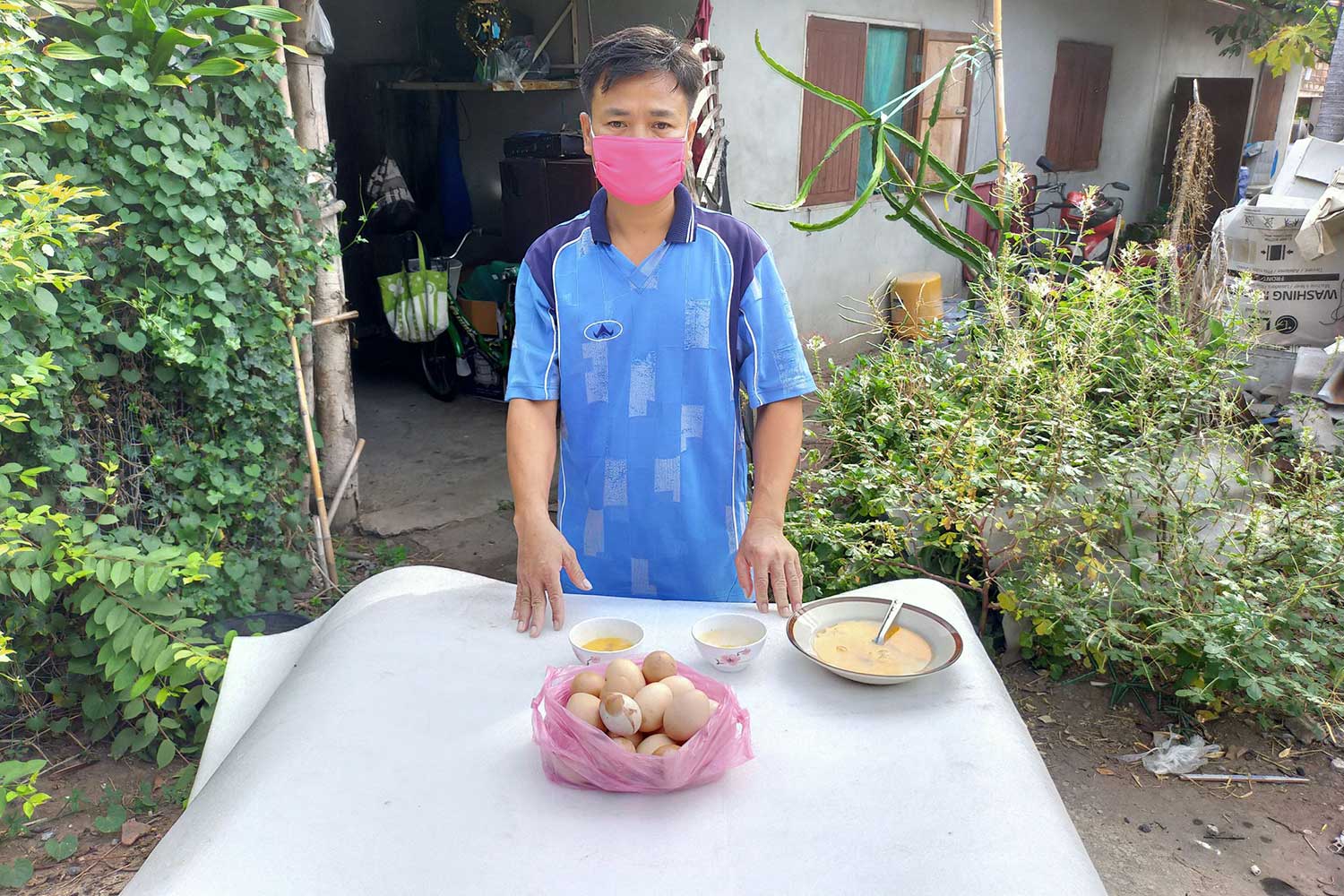 Sombat Thunsungnoen, of Sung Noen district in Nakhon Ratchasima, with some of the fake eggs he bought from a mobile store. (Photo: Prasit Tangprasert)

He later went to a store inside his community to buy eggs to compare them with the ones he bought from the truck. They were normal eggs; the others smelled like raw meat, and the whites were like a jelly, he said.

Mr Sombat said he had given some of the fake eggs to the Sung Noen district public health office to examine.

“I want the proper agencies to urgently investigate the sale of thse fake eggs. It's now rampant in Sung Noen district. Don’t let rogues inflict more harm on people at a time of economic hardship.

"Everybody is losing income because of Covid-19 disease. Worse still, I fell victim to this unscrupulous trader. I can't bear the thought,” Mr Sombat said.

On March 26, the Commerce Ministry banned egg exports for a week after prices soared as a result of Covid-19.  Egg prices in the provinces had increased three- to four-fold as people stocked up - causing a shortage.

The ministry later extended the ban on egg exports for a month, starting on June 1, to ensure an adequate domestic supply. 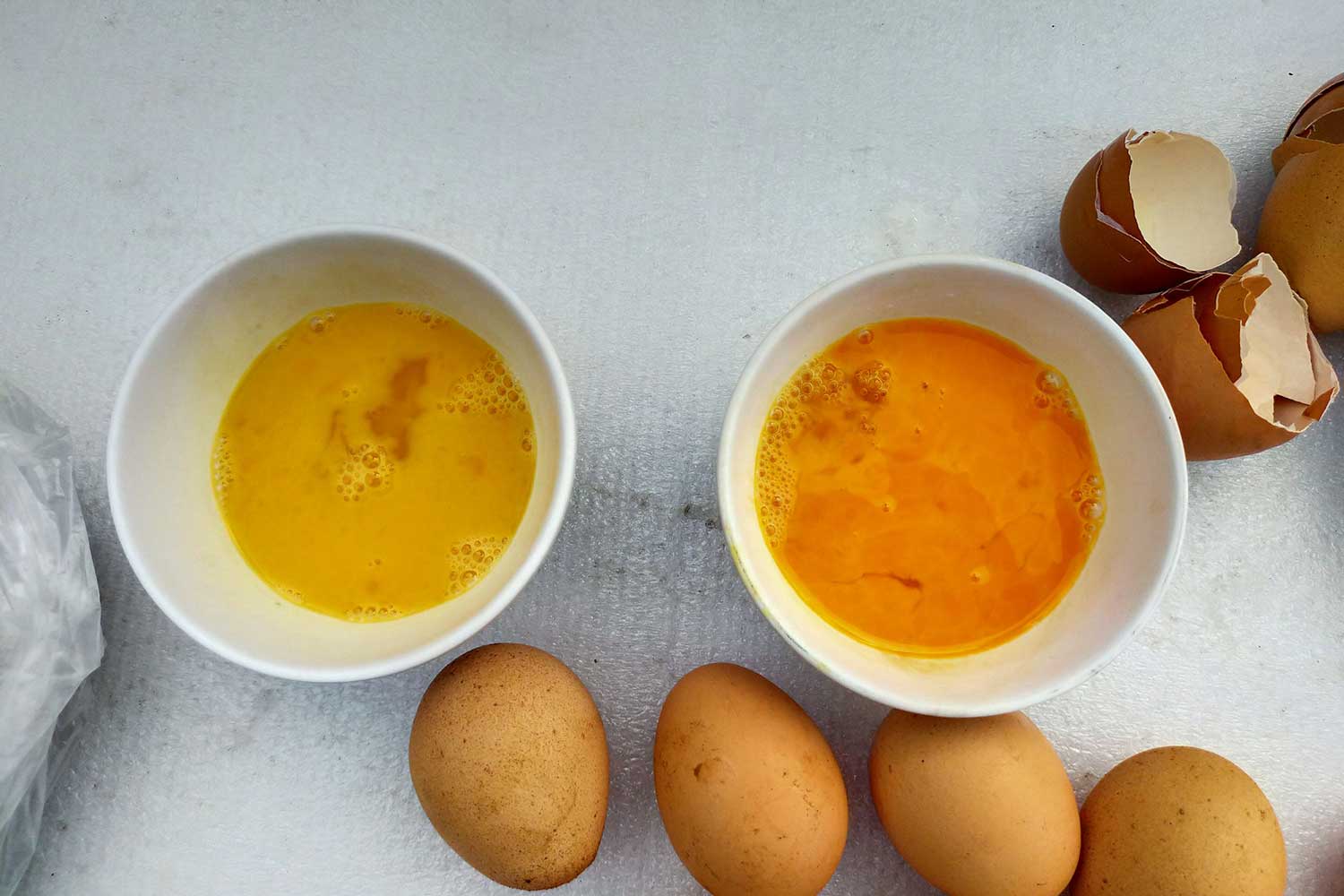 A bowl of fake eggs (lef) and real ones (right)  (Photo: Prasit Tangprasert) 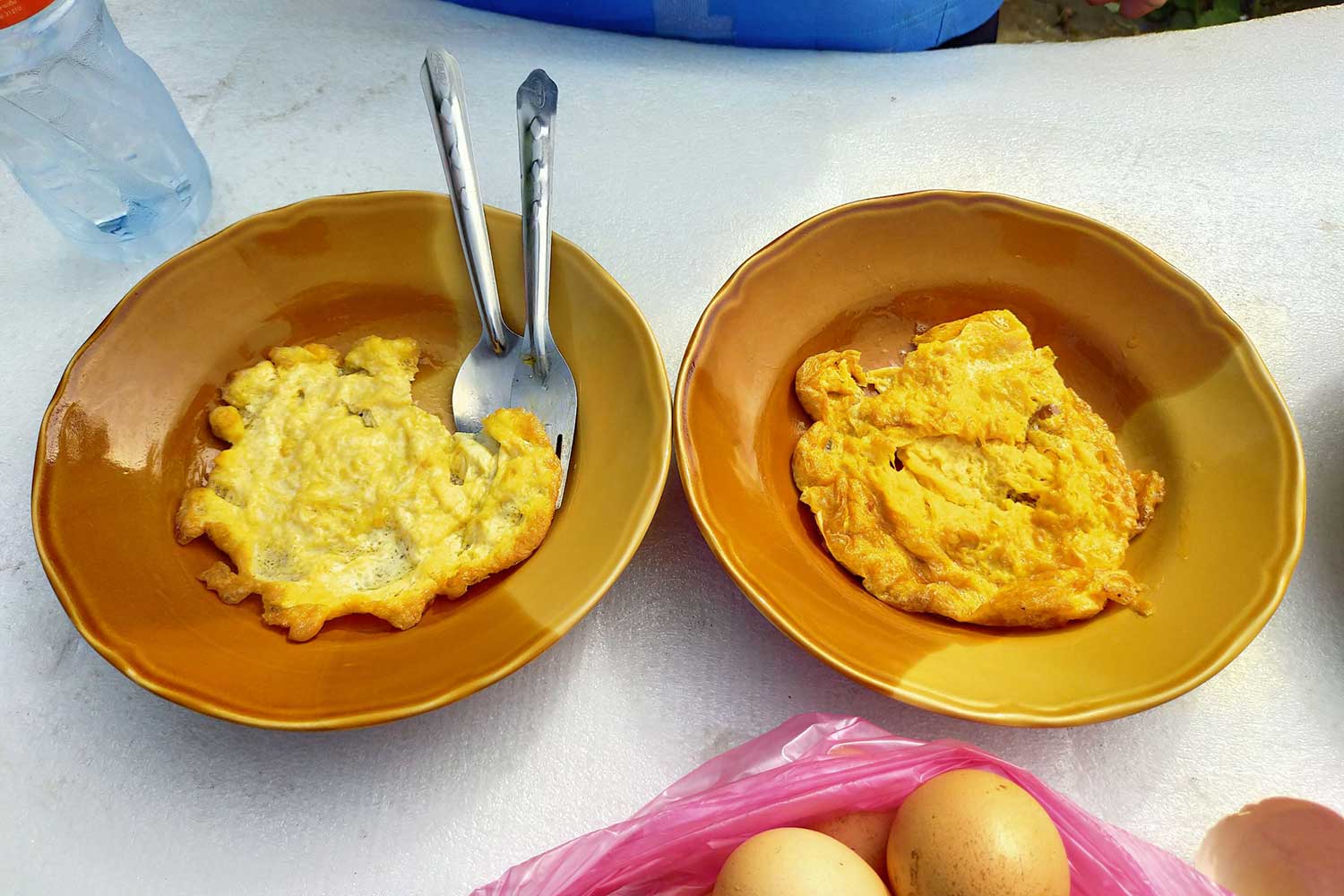 SAMUT PRAKAN: A fire caused major damage to an ice factory warehouse and three vehicles in Phra Pradaeng district in the small hours on Wednesday. Nobody was hurt.