Several roads in the municipal area were impassable to small vehicles after heavy downpours pounded the island from 9.30am to 11.40am, said Sophon Thongsai, chief of the provincial disaster prevention and mitigation office.

There was no prior warning about the storm, which brought a huge volume of water in a short time, said Mr Sophon.

Phuket governor Pakkapong Taweepat led officials from several agencies to inspect flood-hit areas and the water levels in canals. He ordered dredging to unclog the canals.

The water began to gradually subside around noon. Officials were surveying damage to affected areas. 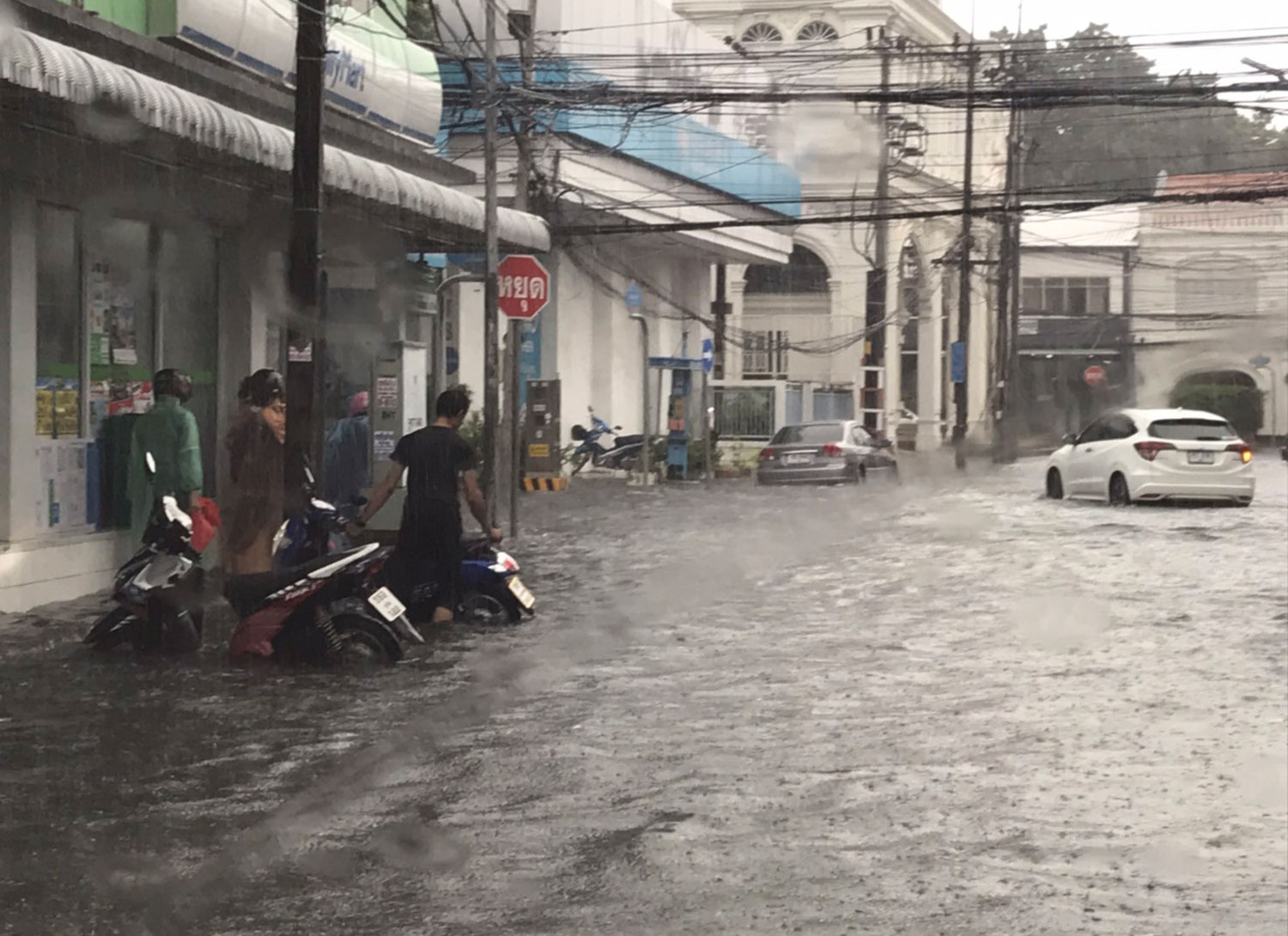 Motorcyclists take refuge in front of a convenience store on a flooded road. (Photo: Achataya Chuenniran) 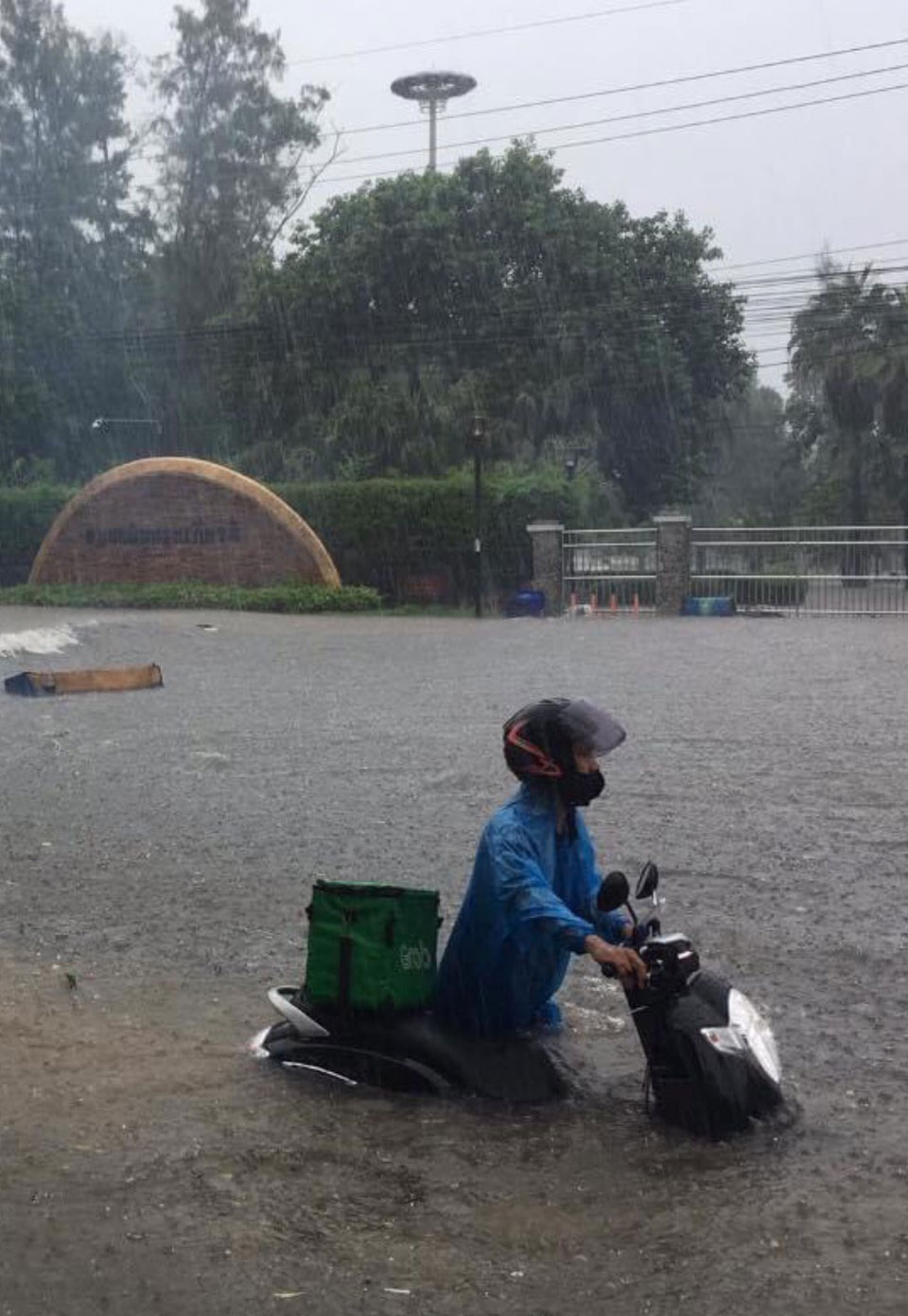 A food delivery man tries to move his bike through floodwater in front of Chalerm Phrakiart park in Muang district of Phuket on Saturday morning. (Photo: Achataya Chuenniran)