The Communicable Diseases Control Act is likely to be used to battle a second wave of Covid-19 infections, according to Deputy Prime Minister Wissanu Krea-ngam.

The Communicable Diseases Control Act is likely to be used to battle a second wave of Covid-19 infections, according to Deputy Prime Minister Wissanu Krea-ngam.

Mr Wissanu, who oversees legal affairs, has been assigned by Prime Minister Prayut Chan-o-cha to figure out which laws or measures can be used as an alternative to battle the second round of the outbreak.

The Centre for Covid-19 Situation Administration (CCSA) has agreed in principle with a proposal by the National Security Council that an alternative must be in place for managing the outbreak when enforcement of the emergency decree is lifted.

If the third phase of lockdown easing, which takes effect tomorrow, yields satisfactory results, the government will be under more pressure to lift the state of emergency. However, some fear that doing so could lead to a new wave of infections as curbs are eased. The cabinet has extended the enforcement to June 30.

Mr Wissanu said if there is an emergency situation that is not critical, the government can invoke existing laws such as the Communicable Diseases Control Act which authorises provincial governors to manage the virus situation.

He said the cabinet can issue orders to address any discrepancies that may arise from measures taken by each province.

"There might be discrepancies, but the cabinet can intervene and fix it. As for the measures [to contain the outbreak] they will be considered by medical personnel," he said.

The government has argued the emergency decree has been its vital legal tool to back up measures implemented to curb the spread of Covid-19.

The opposition charged the decree gave the government too much power and the drop in new infections over recent weeks should justify removing the decree which they say limits people's rights and freedom.

Mr Wissanu said the CCSA has not decided when the emergency decree will be lifted, noting that public health remains the defining factor in determining the length and scope of the law's coverage.

He also said the prime minister is empowered to issue directives as allowed by Section 5 of the emergency decree to deal with the second wave of Covid-19 infections, if other mechanisms fail. Yesterday, the number of daily new infections was back to one, a Thai person with a history of having travelled from Saudi Arabia's capital, Riyadh, via Kuala Lumpur. 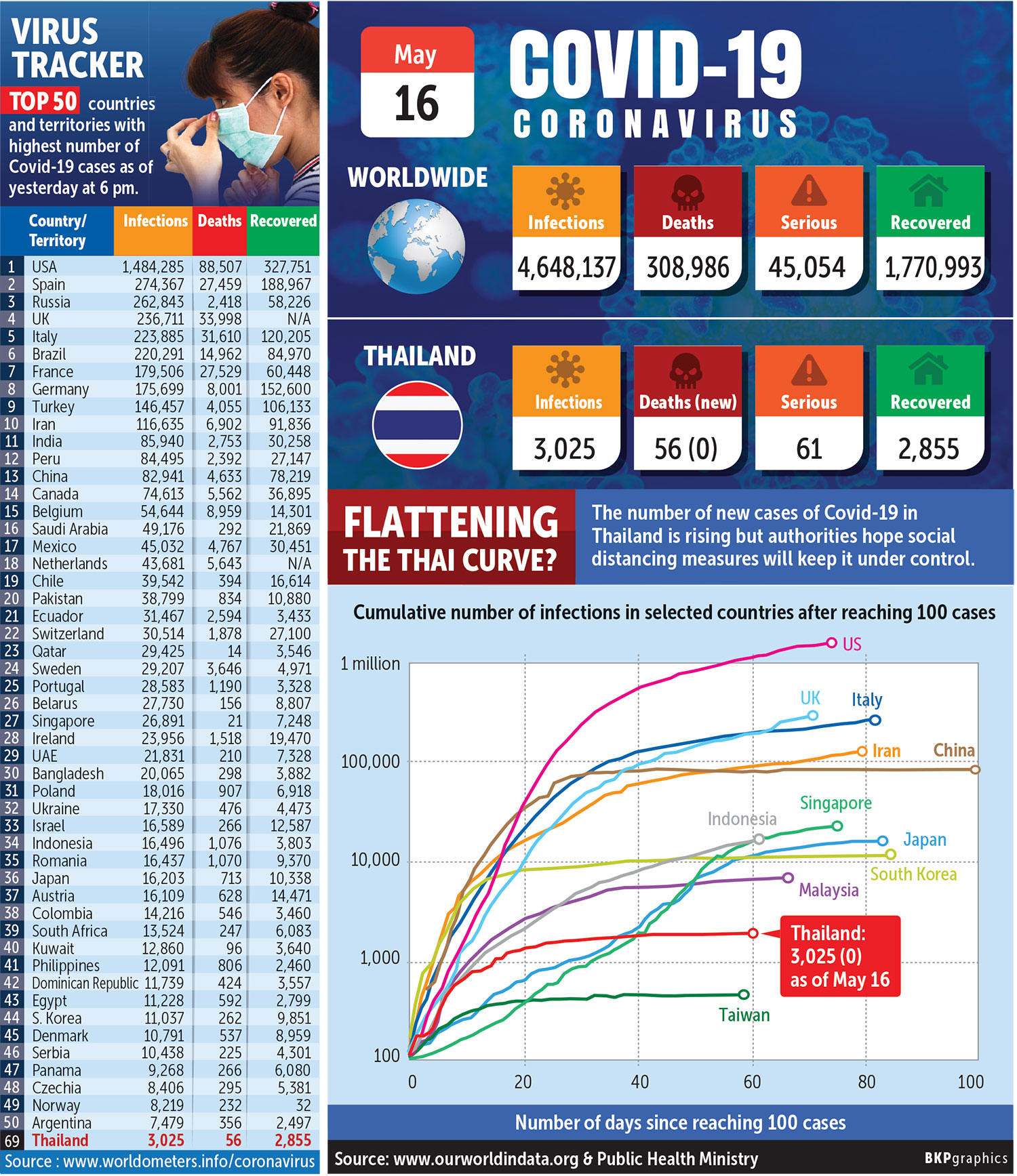