Police and rescue workers with the wreckage of the pickup truck hit by a passenger train at a crossing in Phayuha Khiri district of Nakhon Sawan on Tuesday morning. The driver, a village head, was killed. (Photo: Chalit Pumruang)

NAKHON SAWAN: A village head was killed when his pickup truck was by a Phitsanulok-bound passenger train at a railway crossing in Phayuha Khiri district of Nakhon Sawan on Tuesday morning.

Police, medical staff and rescue workers arrived at the scene to find a crushed Isuzu pickup truck with Nakhon Sawan licence plates overturned by the railway crossing, which had no barrier.

The driver was killed, his body trapped in the wreckage. He was later identified as Dokrak Meemuk, head of Village Moo 14 in tambon Nikhom Khao Bokaeo of Phayuha Khiri district.

While forensic officers were examining the body, his grieving relatives arrived at the scene. They told police that the village head had just left the house and was on his way to a meeting at the district hall.

Train service was halted for more than an hour as debris was removed from the track. The train's locomotive was slightly damaged.

The crash was witnessed by construction workers who were expanding the track. They told police that although there was no barrier at the crossing, they facilitated vehicles crossing the tracks to ensure safety. Just before the accident, they signalled the pickup truck to stop as a train was approaching. The driver stopped the pickup as requested, but the vehicle suddenly lurched forward into the path of the train.

Police suspected the gear may have not have been put in neutral.

The investigators were to question more witnesses to determine the exact cause of the crash. 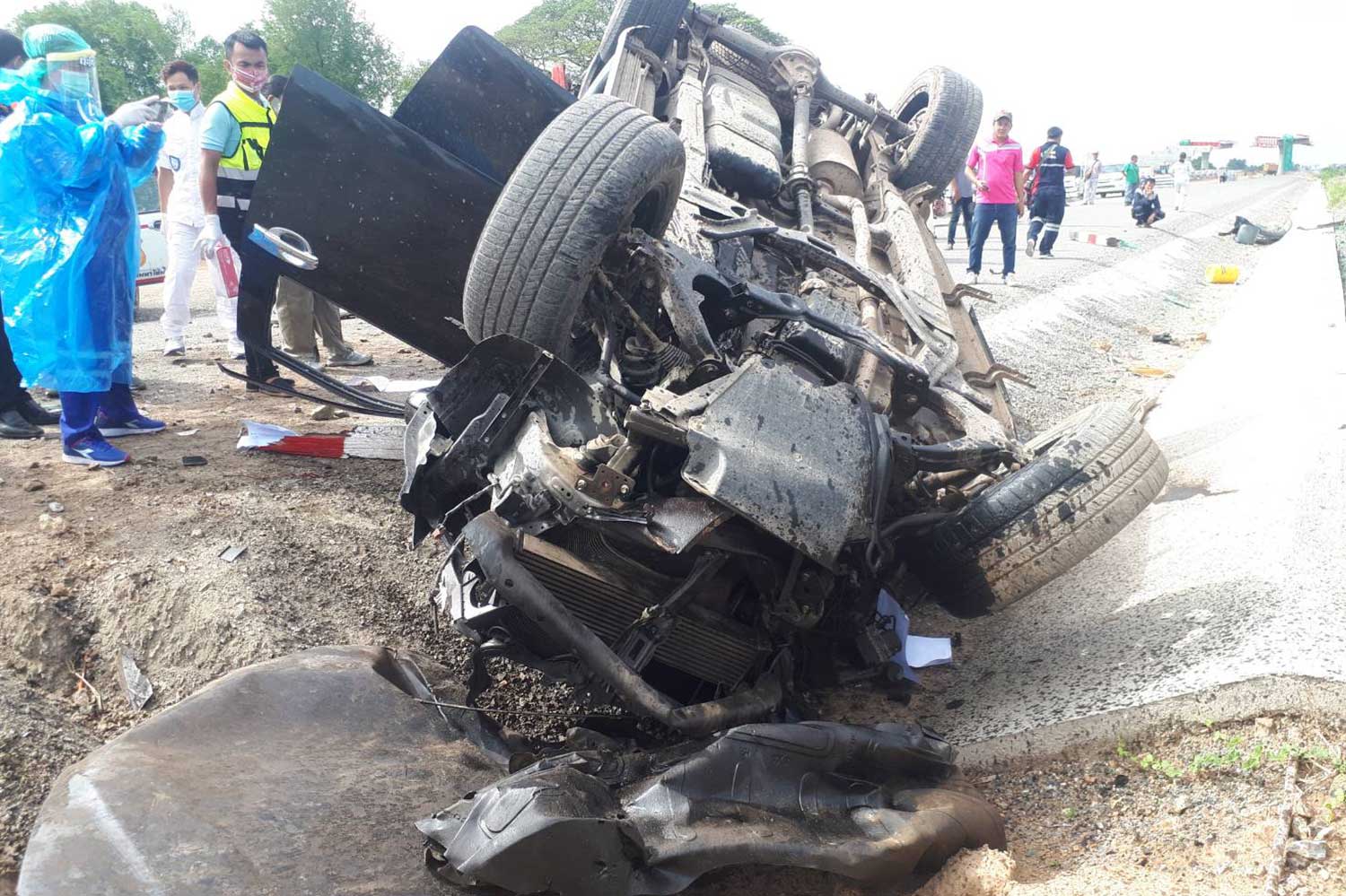 The pickup truck was overturned by the impact. (Photo: Chalit Pumruang) 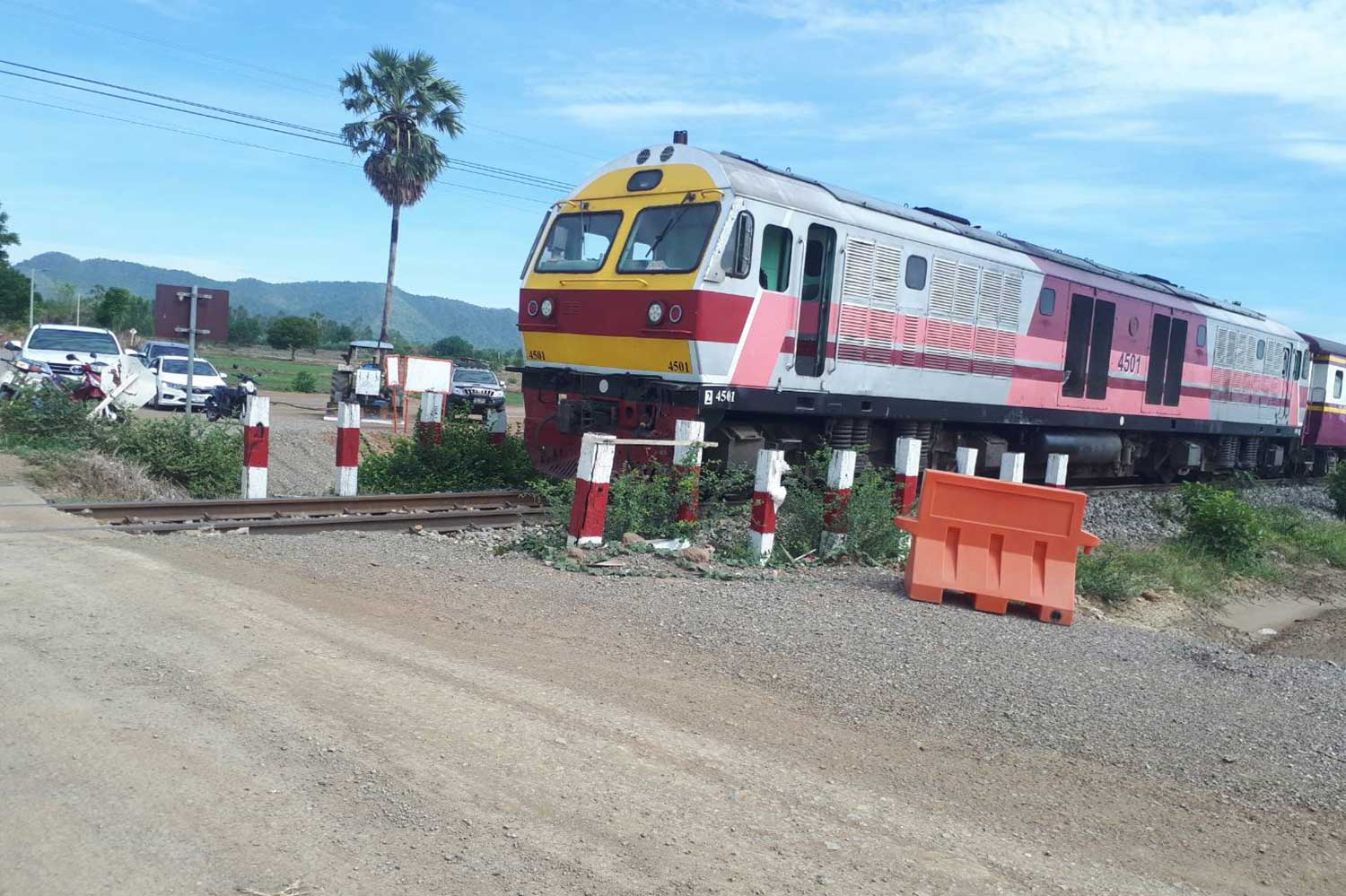