NAKHON SI THAMMARAT: A senior regional officer of the Tourism Police Bureau has been transferred to headquarters pending investigation after social media showed his helicopter landing inside the compound of a famous temple.

The transfer was made to clear the way for an investigation into his improper decision to allow a helicopter carrying himself and other passengers to land at Wat Chedi in Sichol district on Friday.

The temple is revered by worshippers and he should have found a better landing padand then continued to the temple by car, the order said.

A photo of the helicopter parked on the ground inside the temple was posted on the Watchdog Facebook account. The poster said linked it to Pol Maj Gen Krissak's arrival to make a votive offering to the statute of Ai Khai. A pickup truck loaded with 3 million firecrackers was also seen on the premises.

Ai Khai is a statue of a boy respected by visitors to the temple.

The temple responded on its Facebook account, saying Pol Maj Gen Krissak was at the temple to monitor safety measures to prevent the spread of Covid-19. (continues below) 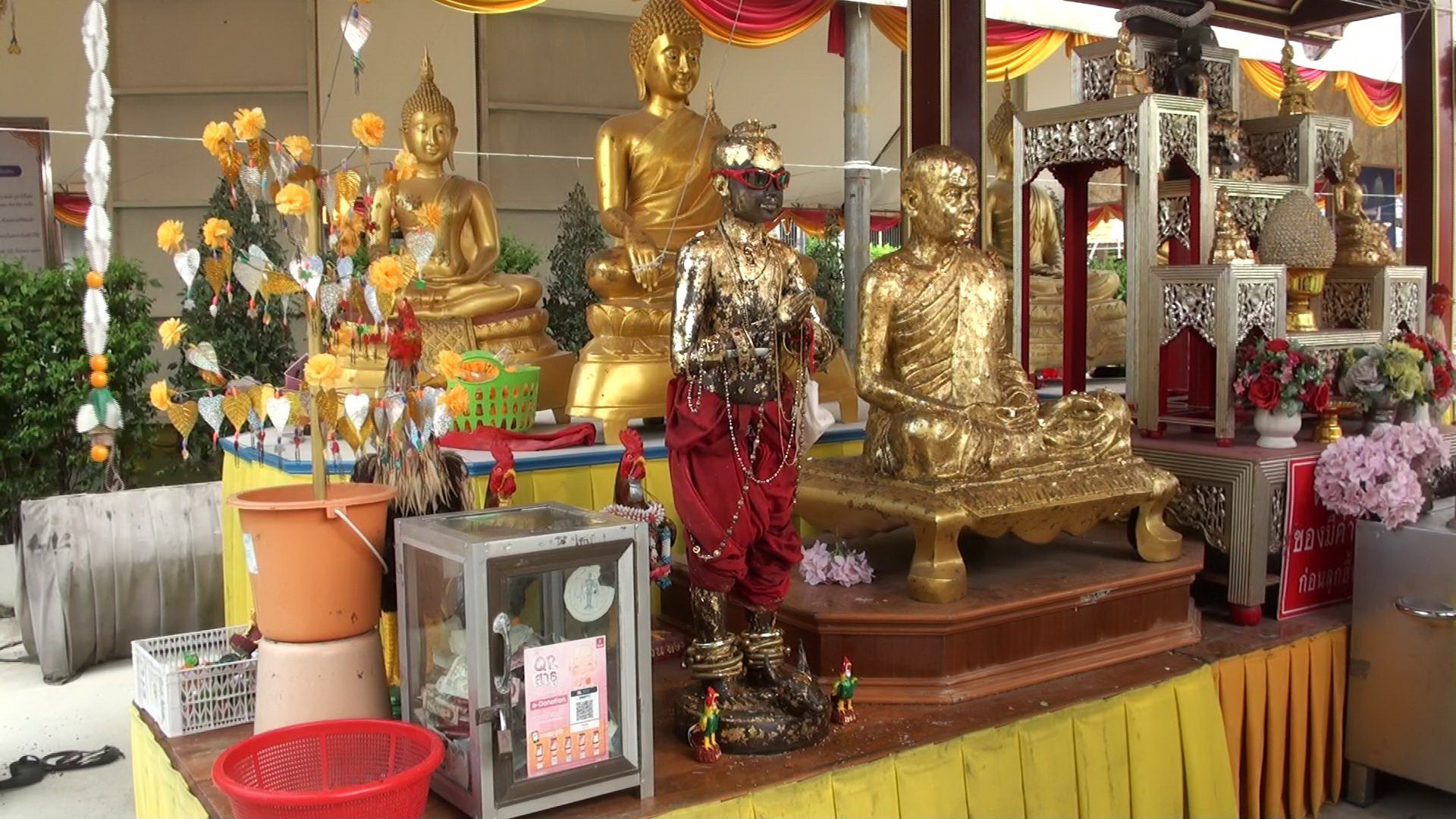 The statue of Ai Khai at Wat Chedi. (Photo by Nujaree Raekrun)

Worrathaya Jaihaow, proprietor of Bao A Firecracker shop, said the fireworks had been ordered by a group of South Koreans, who set them off in a show of respects to the statue before the Bell 419 helicopter arrived. The Koreans had visited the statute to ask for help in making their business successful, she said.

A woman who was participating in a demonstration against the Feb 1 military coup was shot dead on Saturday in Monywa in central Myanmar, local media reported.