An officer enforces social distancing at the entrance of the Grand Palace in Bangkok on Sunday, as it reopened for visitors following restrictions to halt the spread of the Covid-19 novel coronavirus. (AFP photo)

The government reported two new coronavirus cases and no new deaths on Tuesday, taking the total number of infections in Thailand to 3,121 and leaving the accumulated death toll at 58 since the outbreak began in January.

Both new patients were in quarantine after returning to the country recently. Nobody is reported to have caught the virus inside Thailand for 15 consecutive days.

Dr Panprapa Yongtrakul, assistant spokesperson of the Centre for Covid-19 Situation Administration, said one new case was a male student aged 22 who returned from Saudi Arabia on May 25. He had a fever but tested negative for the disease on the date of his arrival. His infection was detected in the second test on Sunday, 14 days after he re-entered the country. He was sent to Yarang Hospital in Pattani province.

The other new case was a woman aged 31 who returned from the Netherlands last Wednesday and was quarantined at a hotel in Bangkok. Her initial test on arrival showed an unclear result, a so-called "weak positive”, and she was sent to Nopparat Hospital in Bangkok. A follow-up test on Monday confirmed her infection.

The spokeswoman warned people to keep wearing face masks, washing their hands and observing social distancing because "most infected people are asymptomatic".

Over the past two weeks, the largest group of newly infected were students, followed by labourers, masseuses and factory workers, Dr Panprapa said.

Of the accumulated total of 3,121 cases, 2,444 were of local transmission infected and 184 were in quarantine. More than 95% of all cases have recovered, including one discharged over the past 24 hours. Ninety patients remained at hospitals. The death toll was unchanged at 58. 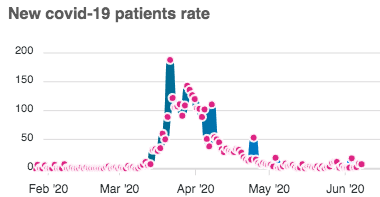 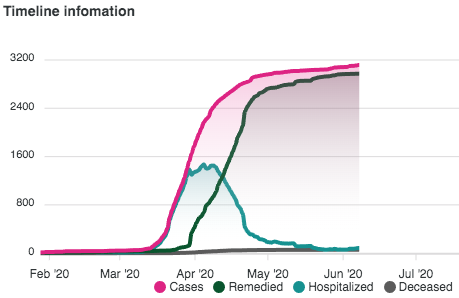