Call for 'coexistence' with property project

Students from Chulalongkorn University and residents of the Saphan Lueang neighbourhood have expressed their objections against the demolition of the Chao Mae Thap Thim Shrine for a real-estate development.

The protesters moved into action one day ahead of the shrine’s scheduled demolition on Tuesday. Banners with words opposing the demolition of the Chao Mae Thap Thim Shrine were placed in front of the Chinese joss house yesterday by protesters consisting of Chulalongkorn University students, current and former residents of the neighbourhood as well as Thai and foreign believers in the goddess.

The Property Management Office of Chulalongkorn University had earlier sent a letter to notify the family who takes care of the shrine to move out of the premises by yesterday. The shrine is set to be demolished today to pave the way for the construction of a 1,800-unit residential building for university staffs and students' dormitory.

The protesters demanded that the Property Management Office of Chulalongkorn University (PMCU) delay the residential development project and allow people who live in the area as well as Chulalongkorn University students to take part in the shrine’s relocation. They suggested a panel consisting of representatives of various groups including Chinese architecture and historical experts be set up to participate in the project.

Instead of relocating the shrine to a new place, the PMCU should make the building and the shrine co-exist. This would set an example for new developments that combine old and new things, the protesters proposed.

The Chao Mae Thap Thim Shrine at Saphan Leuang is an old Chinese joss house officially built in 1970 but it is believed to have been there decades earlier.

An informed source at the PMCU told the Bangkok Post that the new shrine will be built at the corner of Chulalongkorn University Centenary Park.

The design blueprint shows that the new shrine will look like a traditional Chinese shrine. The PMCU will retrieve some artefacts from the old shrine. "It has the same size except it will not have a room for the shrine's caretaker to sleep in," said the source referring to Khun Nok, or Penprapa Suansom. 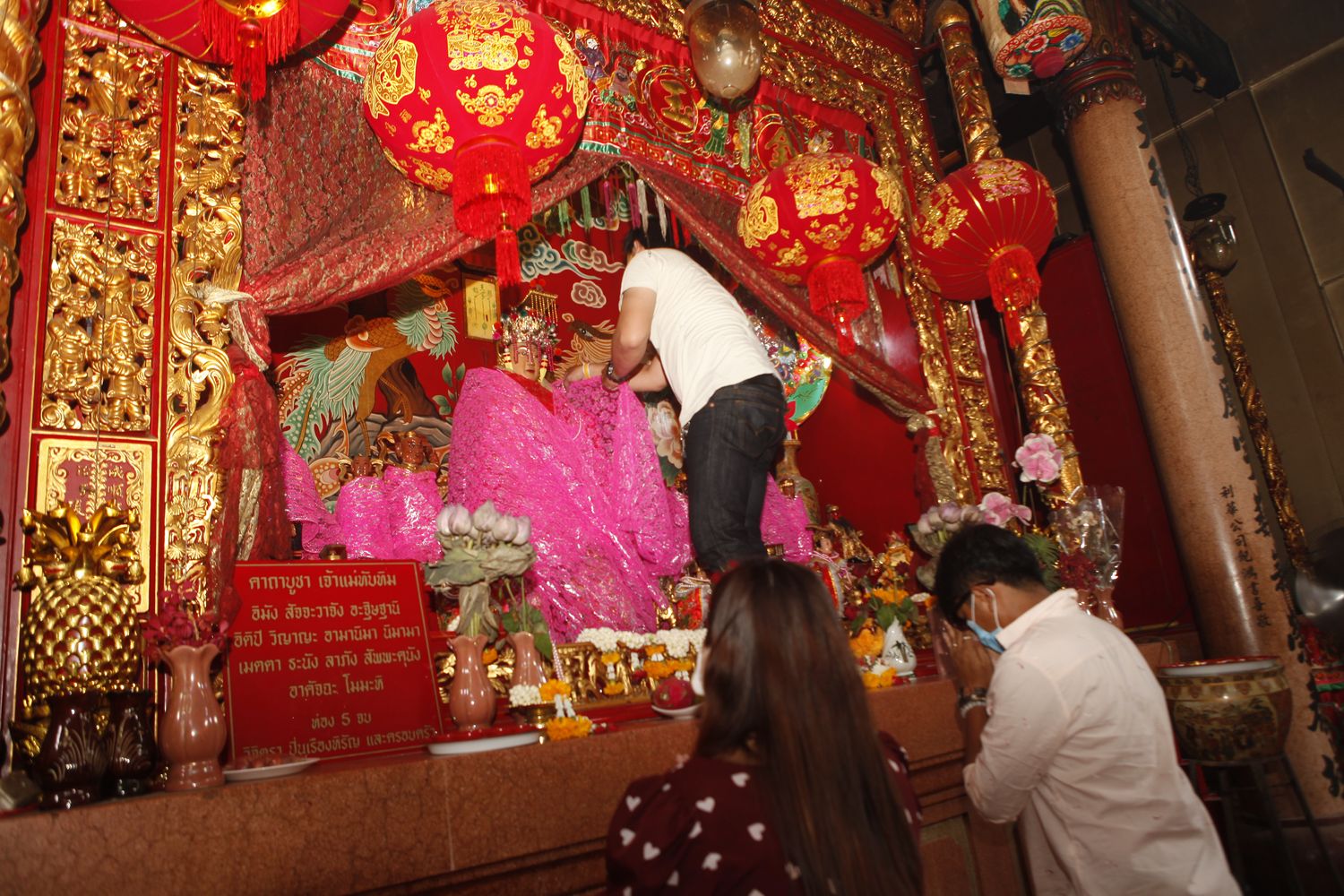