A total of 41 marijuana plants were seized from the house of a 24-year-old man in Nakhon Si Thammarat during a police raid. (Photo supplied via Wassayos Ngamkham)

NAKHON SI THAMMARAT: A young man whose online marijuana sales blossomed during the outbreak of Covid-19 has been arrested in Tha Sala district of this southern province.

The arresting officers from Anti-Trafficking in Humans Division sub-division 5 were armed with a court warrant to search the house.

Mr Nanthapong admitted he had purchased marijuana seeds of five species to cultivate in pots at the house. The seeds were purchased at 2,000-3,000 baht per kilo depending on the species.

He had posted marijuana for sale on Facebook and customers were asked to transfer money into a bank account that he paid someone else to open.

Before sending the products to his customers, he would put a “TM Green Smile'’ sticker on each parcel, the suspect said. He sent parcels to customers via Kerry delivery service.

Officers recovered a book detailing online purchases and evidence of money transfers using e-banking. Mr Nanthapong told police that many customers across the country had purchased his products during the spread of Covid-19.

In fact, police said, customers transferred about 16,000 baht to the bank account used by the suspect while the raid was underway.

The suspect has been charged with illegally producing marijuana for sale and illegal possession of a weapon. He was handed over to Tha Sala police station. 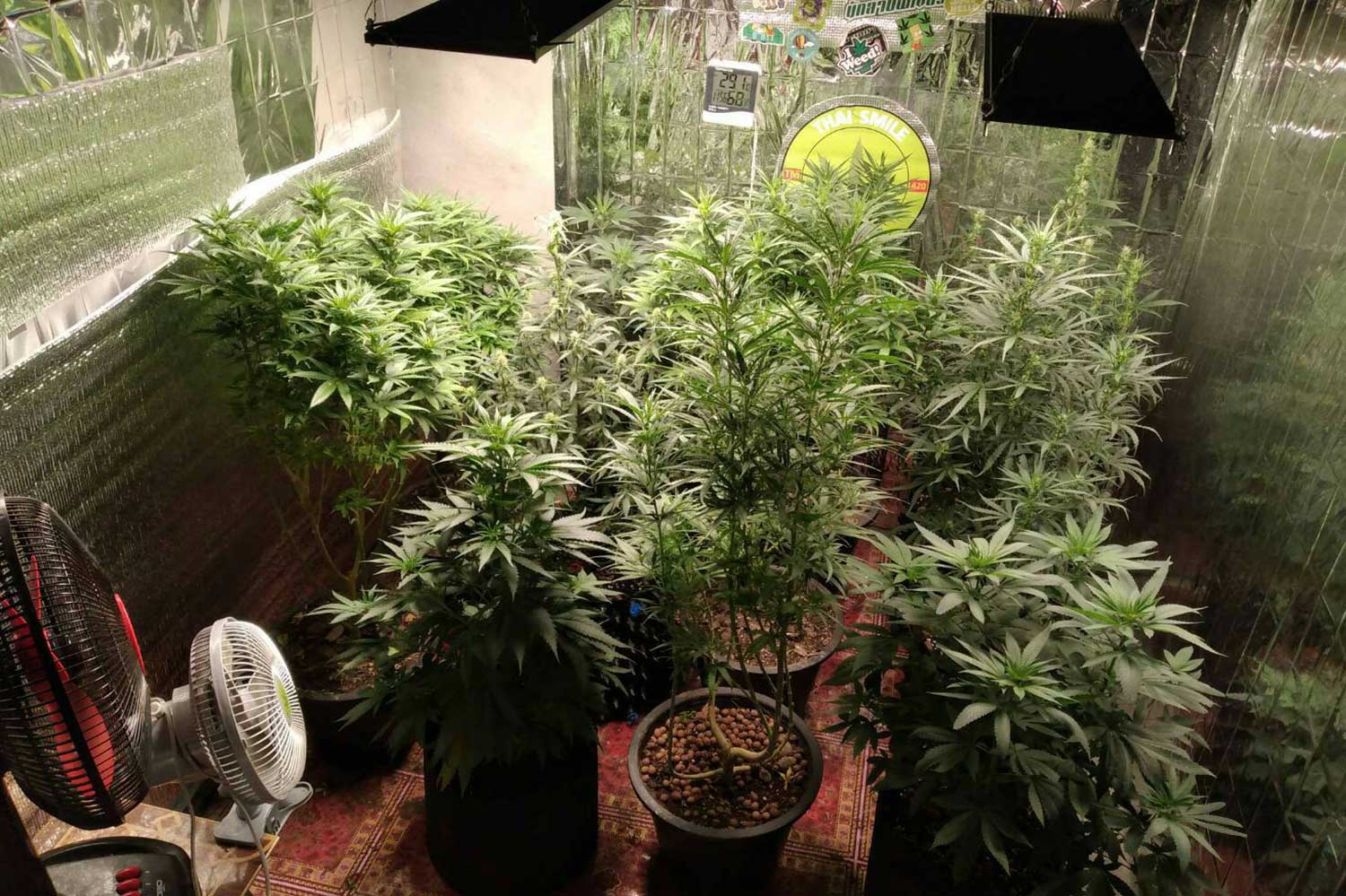 Marijuana plants are found at the suspect's house in Nakhon Si Thammarat.(Photo by Nujaree Raekrun) 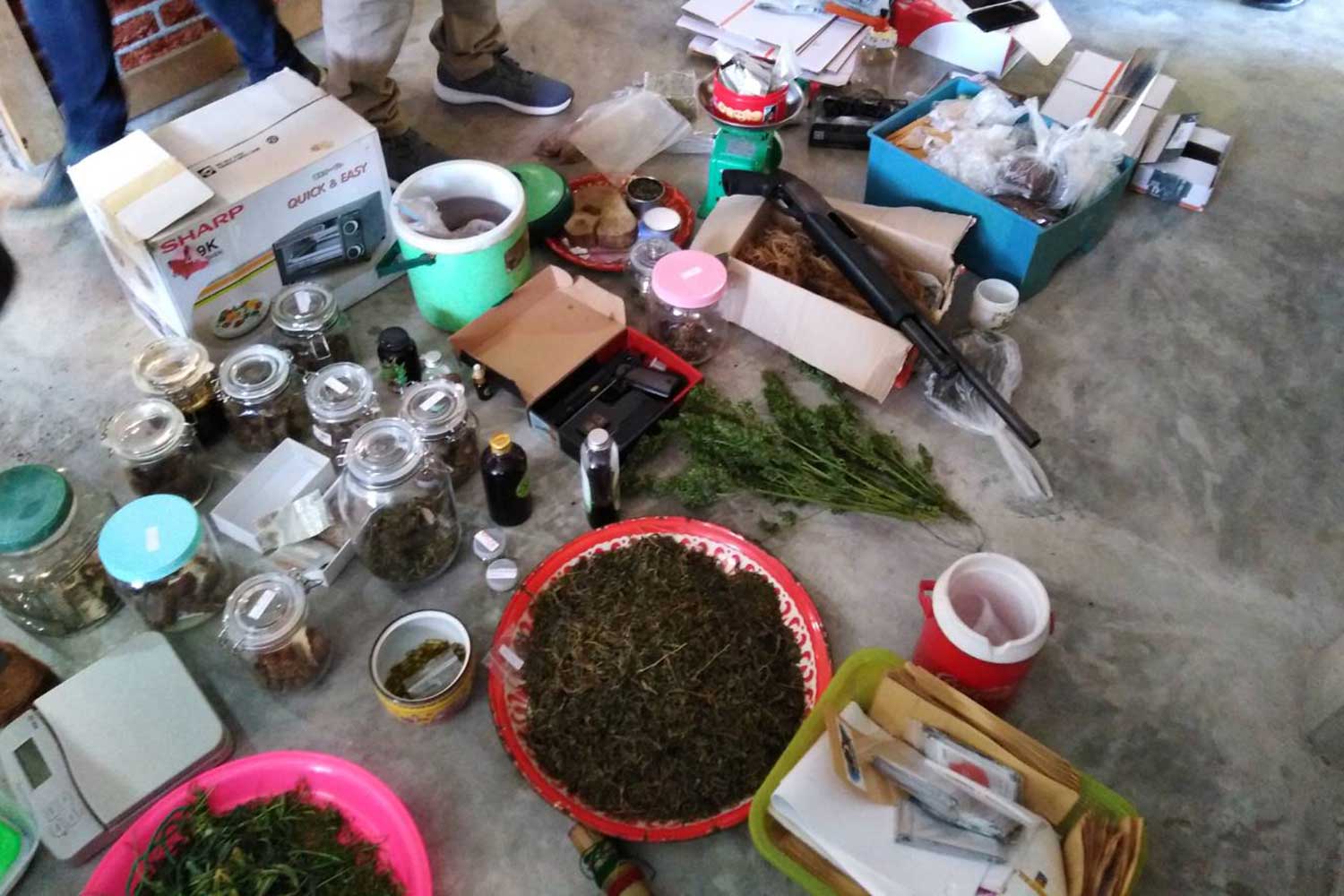 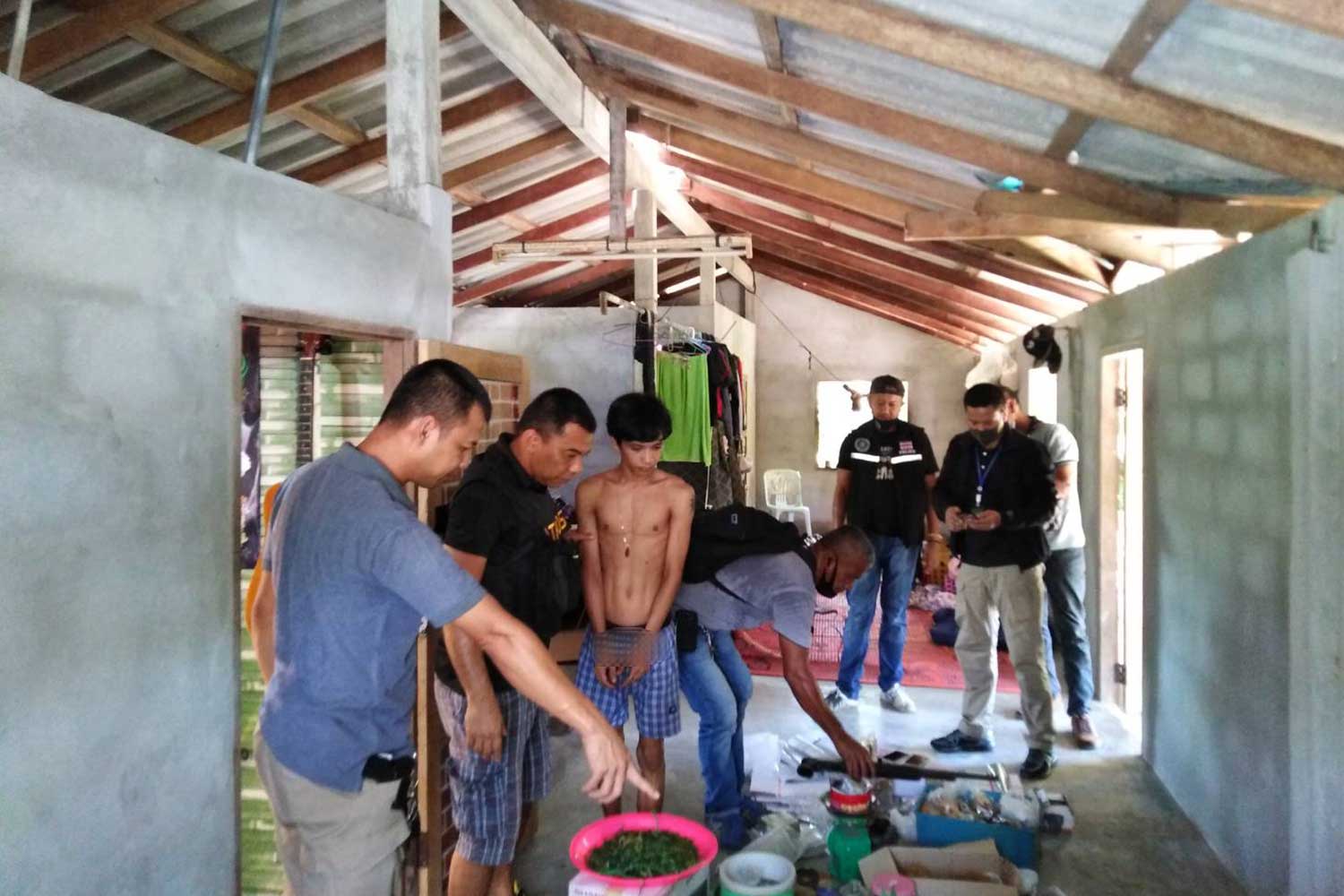 Alleged online marijuana seller Nanthapong Phuetsawanit, 24, wearing only shorts, is arrested during a raid on his house in Nakhon Si Thammarat. (Supplied photo)