War weapons are taken from a house in Mae Sot district of Tak on Tuesday. National police chief orders police to keep a close watch on political movements following the seizure of the weapons. (Supplied photo via Assawin Pinitwong)

The police chief has ordered police in all areas, particularly in 10 provinces, to keep a close watch on political movements following the seizure of war weapons and ammunition along the Thai-Myanmar border in Tak’s Mae Sot district.

Pol Gen Chakthip Chaijinda said he received a report that soldiers and border patrol police had on Tuesday seized 33 war weapons, including M16, M79, and AK rifles from a house in Mae Sot district and arrested two men for questioning.

Initially, he believed the weapons might be used for political movements to create a situation, citing intelligence from security agencies that found a certain group of people reportedly planned to create political chaos.

However, the national police chief did not say the group belong to which political camp. He said the investigation was being extended.

Pol Gen Chakthip ordered police in all areas, particularly in 10 provinces, including Khon Kaen, Phrae, Nakhon Ratchasima, Ayutthaya and Chiang Mai, to keep a close watch on political movements on Wednesday, the 88th anniversary of the transformation to constitutional monarchy from absolute monarchy,. The police chief said he worried that there would be gatherings as a symbolic gesture on that day, Thai media reported. 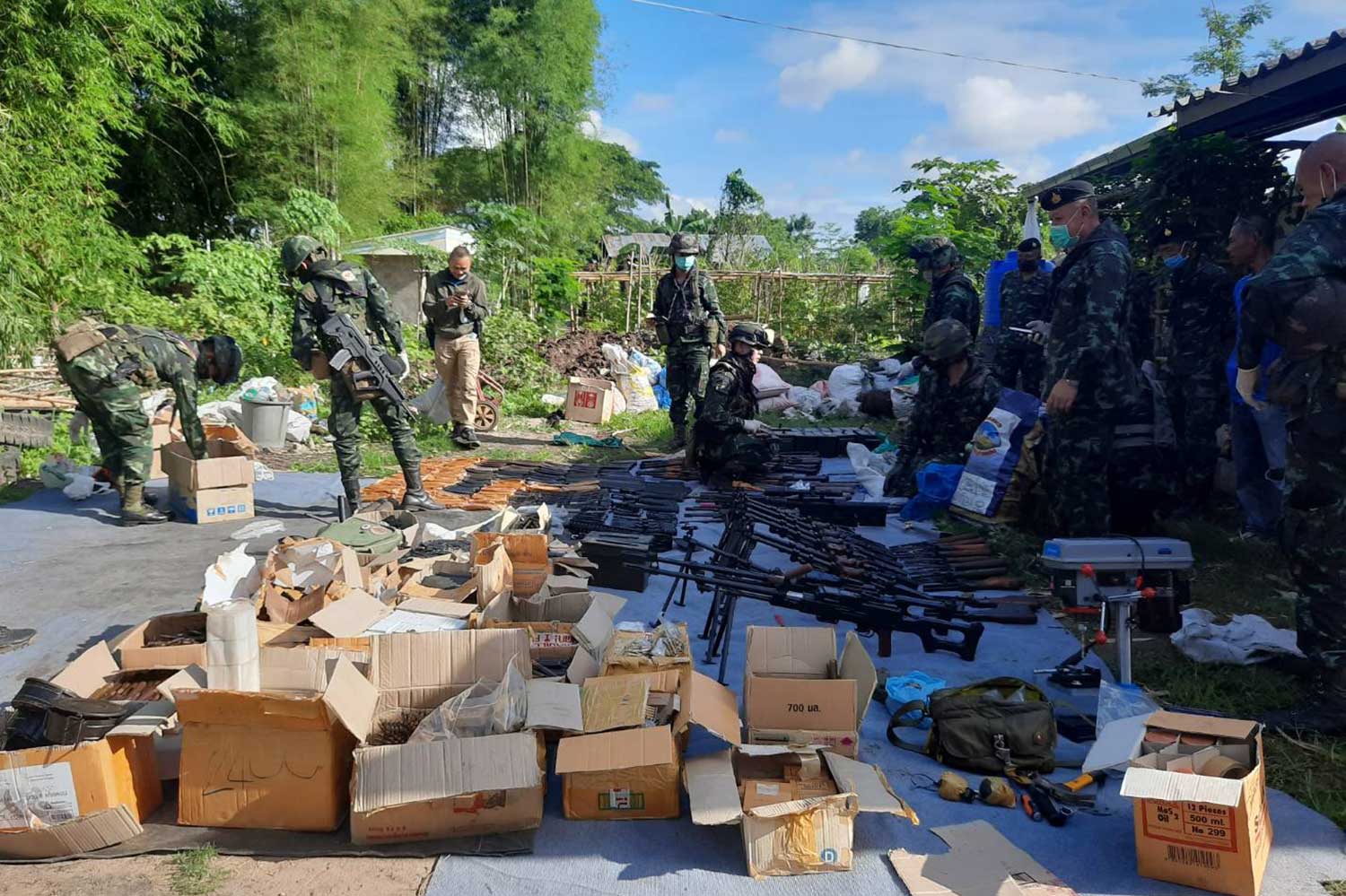 M16, M79, AK rifles are among weapons seized from a house in Mae Sot district of Tak on Tuesday. (Photos supplied by Assawin Pinitwong) 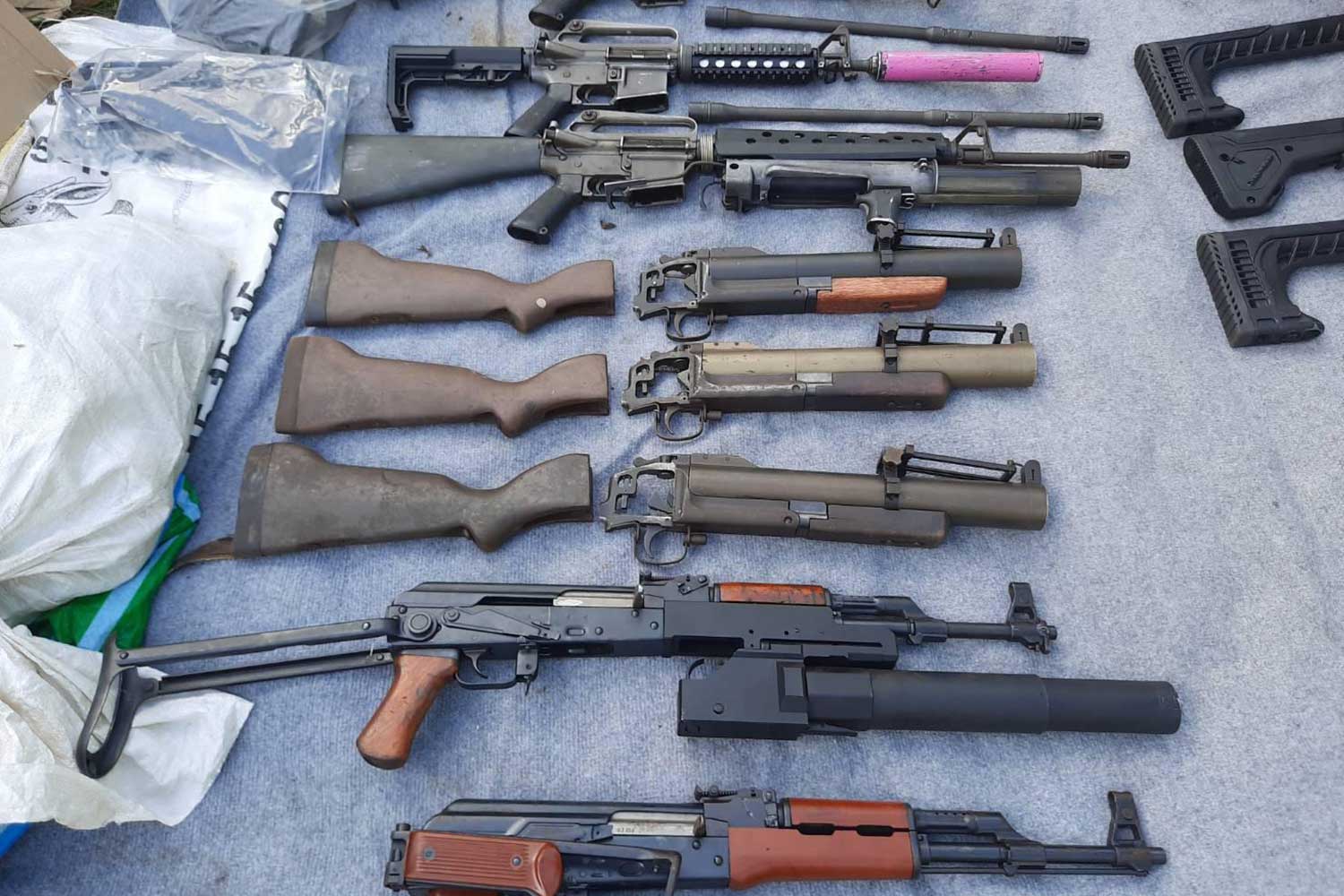