The cabinet has endorsed the country's plan to join the United Nations' Covid-19 Multi-Partner Trust Fund (UN Covid-19 MPTF) and agreed to contribute US$100,000 (3.1 million baht) to the fund, according to deputy government spokeswoman Rachada Dhnadirek.

She said the Thai ambassador to the United Nations will sign the agreement on the government's behalf and the Ministry of Foreign Affairs will disburse the fund from its budget for the current fiscal year.

The UN Covid-19 MPTF is an UN inter-agency financing mechanism to help low- and middle- income countries to overcome health and development crisis caused by the outbreak.

She said several countries, including the Netherlands, Norway and Denmark, have pledged to contribute to the fund.

Meanwhile, Prime Minister Prayut Chan-o-cha said yesterday that since Thailand's success in containing the Covid-19 outbreak was due to the enforcement of the emergency decree, then it should remain in place to ensure infections remain low.

He said even though the health crisis in Thailand has abated, the situation overseas has yet to slow down. While local infections are down to zero for 29 consecutive days as of yesterday, imported cases have still been found from time to time.

That said, Gen Prayut added, the decision to extend or scrap the decree will be made based on input from experts from relevant agencies, not by himself. 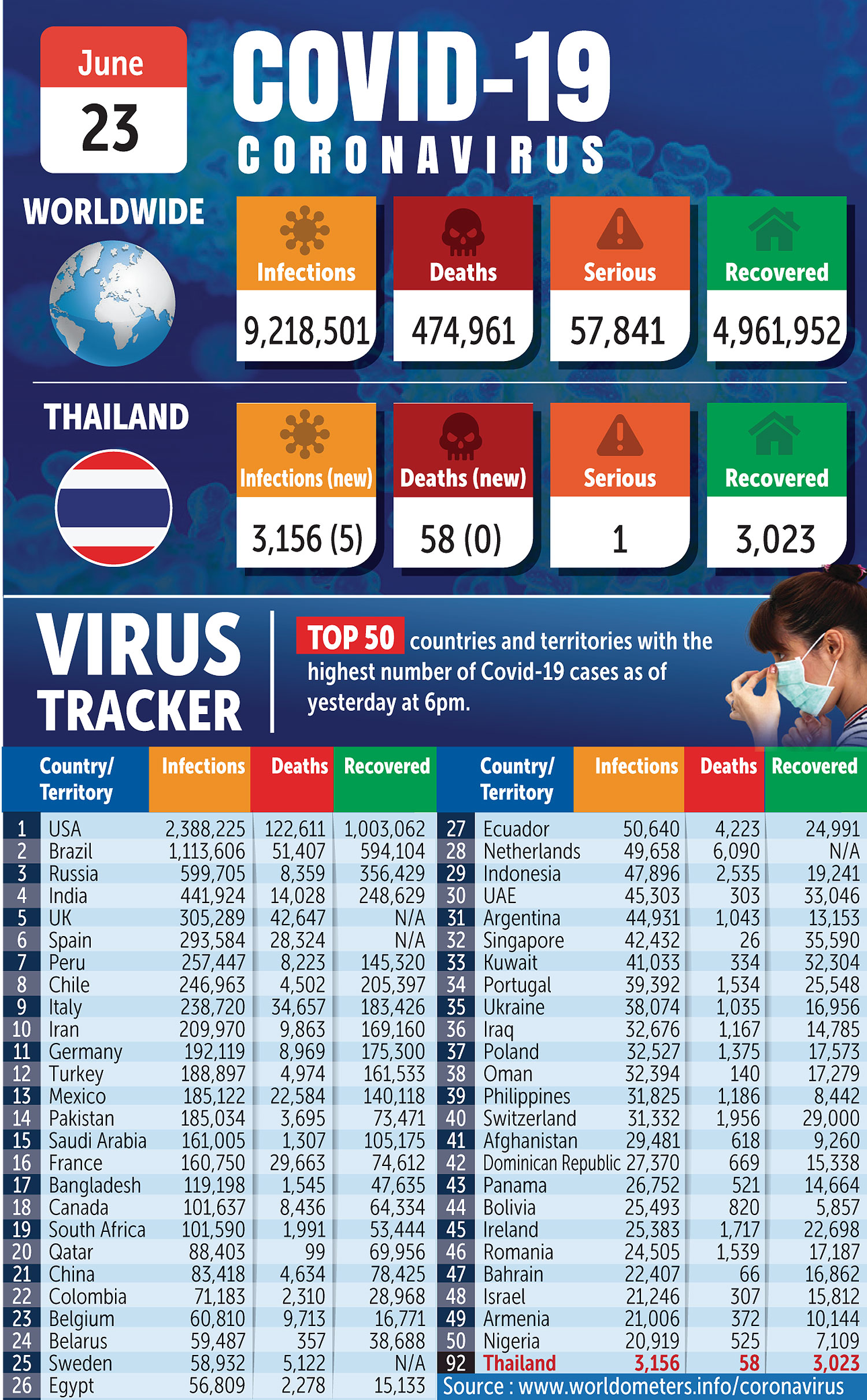