SURAT THANI: Local figures wielding influence were being neutralised and the disruptive dispute between cockle farmers and local small-boat fishermen was drawing to an end, navy chief Adm Luechai Ruddit said on Thursday.

Adm Luechai said the conflict off the coast of Bandon Bay in this southern province had eased after cockle farmers began dismantling the roofed platforms they built to protect their shellfish breeding areas against raids by local fishermen.

The various agencies involved were integrating their efforts and enforcing relevant laws to tackle the problem. Progress was being made and the situation was improving. There would be no further disputes in the future, he said.

The navy chief said local officials were to blame for allowing influential figures to wield influence over the sea. This influence was now fading. The intervention of agencies which teamed up as the Sornchon task force was creating a balance of power, and this would naturally neutralise the influential figures.

Adm Luechai was commenting after inspecting the operations of the task force tackling the encroachment in Bandon Bay, in Muang district, on Wednesday.

Cockle farmers have been illegally occupying large areas of the sea, which is in the public domain.

Influential figures were reported to have laid claim to areas of the sea and then leased or sold them to people eager to invest in the profitable shellfish trade.

Investors occupied areas off Phunphin, Muang, Kanchanadit, Don Sak, Chaiya and Thachang districts, developing them as private farms breeding the profitable bivalve, also known as the blood clam. Coastal fishermen argue that the areas are public, and that they have the right to harvest the shellfish.

This has led to sometimes violent clashes.

Cockle farmers occupied an estimated 300,000 rai off the coast of the six districts. They built roofed platforms in the sea, where they stood guard over their farms.

There were a total of 1,010 platforms reported in the area: 90 in Muang district, 70 in Phunphin district, 400 in Kanchanadit district, 200 in Chaiya district, and 250 in Tha Chang district. 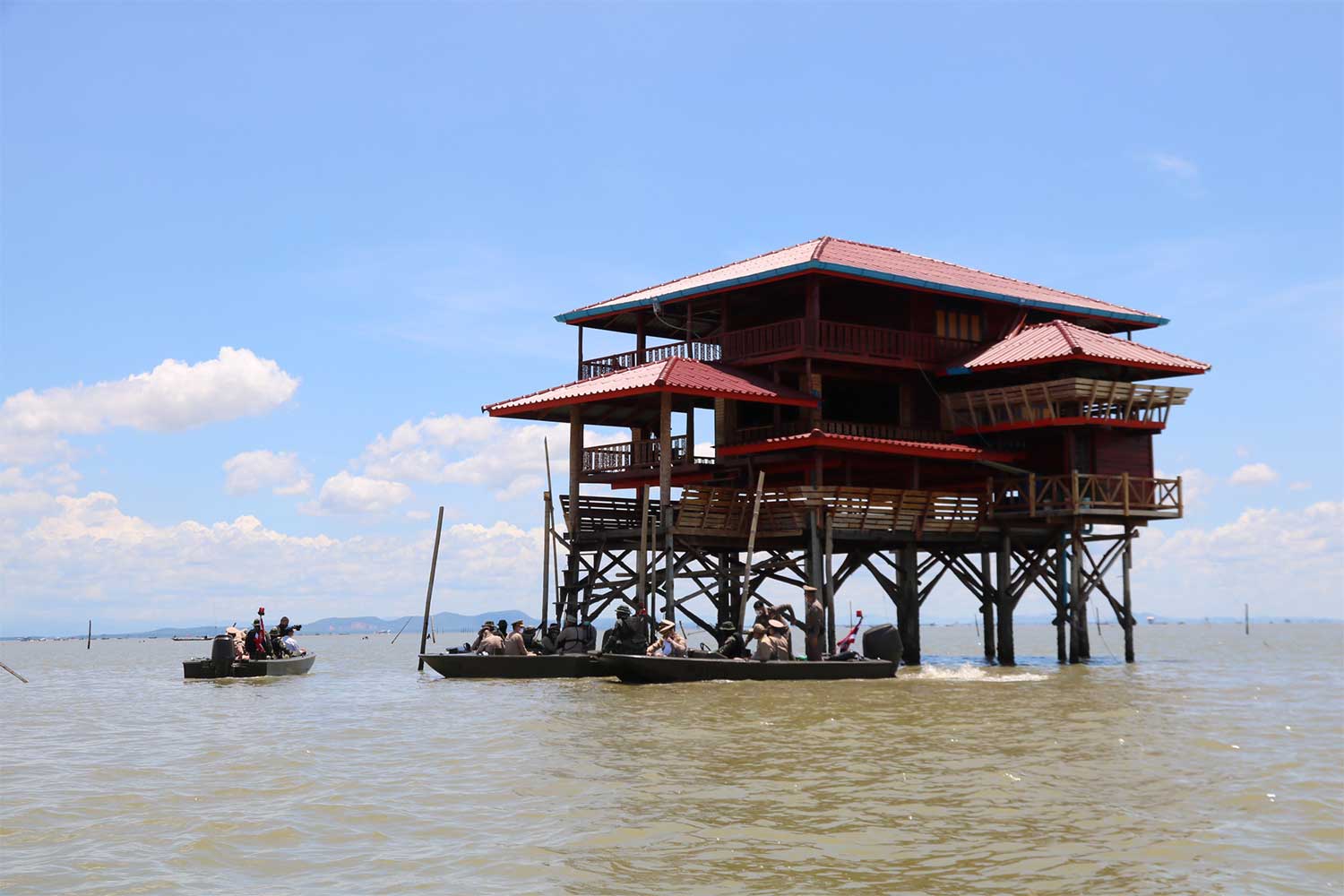