The National Anti-Corruption Commission has found police guilty of mild dereliction of duty in their lenient handling of the fatal hit-and-run case against fugitive Red Bull heir Vorayuth Yoovidhya.

Mr Vorayuth, who has been seen at public sporting events and elsewhere overseas, is accused of being behind the wheel when his Ferrari hit and killed a motorcycle policeman in the early morning of Sept 3, 2012 on Sukhumvit Road in Bangkok.

An NACC investigation found intention to exempt Mr Vorayuth, now aged 35, from prosecution on charges of drug abuse and speeding. Forensic police concluded he was driving at 177 kilometres per hour.

For the failure to seek a warrant for the arrest of Mr Vorayuth, the NACC ruled it was a light disciplinary violation on the part of Pol Lt Col Wiradol, Pol Col Chumphol Phumphuang, former chief of the Thong Lor police station, and the station's interrogators, Pol Col Samrit Ketyam and Pol Lt Col Wibul Thinwatanakul.

NACC will send its findings to the officers' supervisors, who will decide on disciplinary action.

Mr Vorayuth, then 27, is accused driving his black Ferrari when it hit the rear of a policeman's motorcycle  at high speed, dragging his body along Sukhumvit Road before speeding away. The victim was Pol Sgt Maj Wichian Klanprasert, 47, who was based at Thong Lor police station.

Mr Vorayuth delayed hearing the charges seven times. It was not until April 27, 2017, that prosecutors finally charged him with reckless driving causing death and failing to help a crash victim.

The third and most serious charge, reckless driving causing death, remains on the books until 2027.

Mr Vorayuth whose nickname is Boss is the son of Chalerm Yoovidhya whose family co-owns the energy drink megabrand Red Bull and ranks second on Thailand's richest list with net worth estimated at US$20 billion (about 617 billion baht). 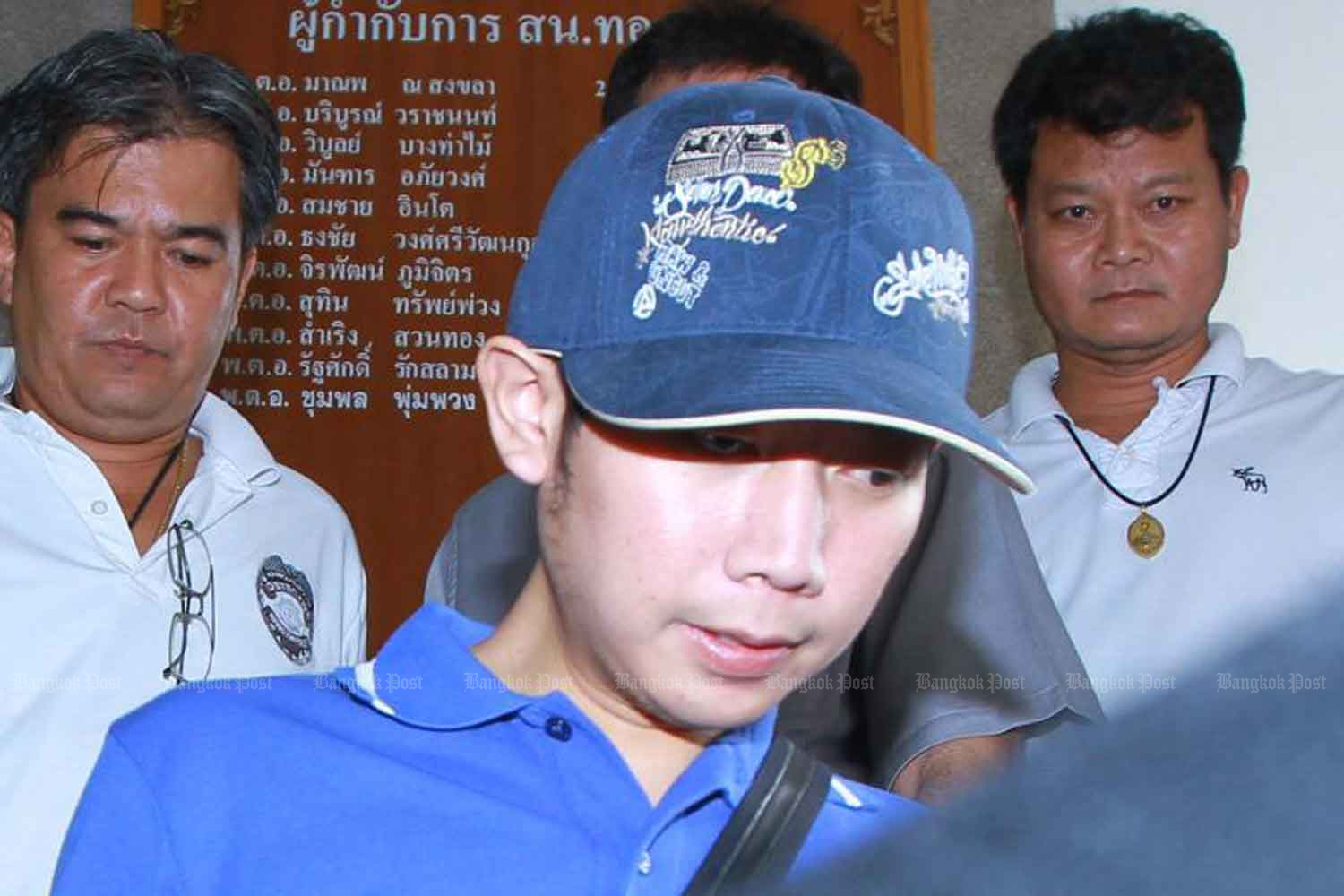 Vorayuth Yoovidhya, 27, known as Boss, was arrested in Bangkok in early September 2012. (Photo by Somchai Poomlard)