The cabinet on Tuesday approved two stimulus packages worth 22.4 billion baht to revitalise domestic tourism which has been left reeling from the Covid-19 pandemic.

But two of them -- "Happiness-sharing trips" and "Let's travel" have now been merged and are known as "We travel together", she said. 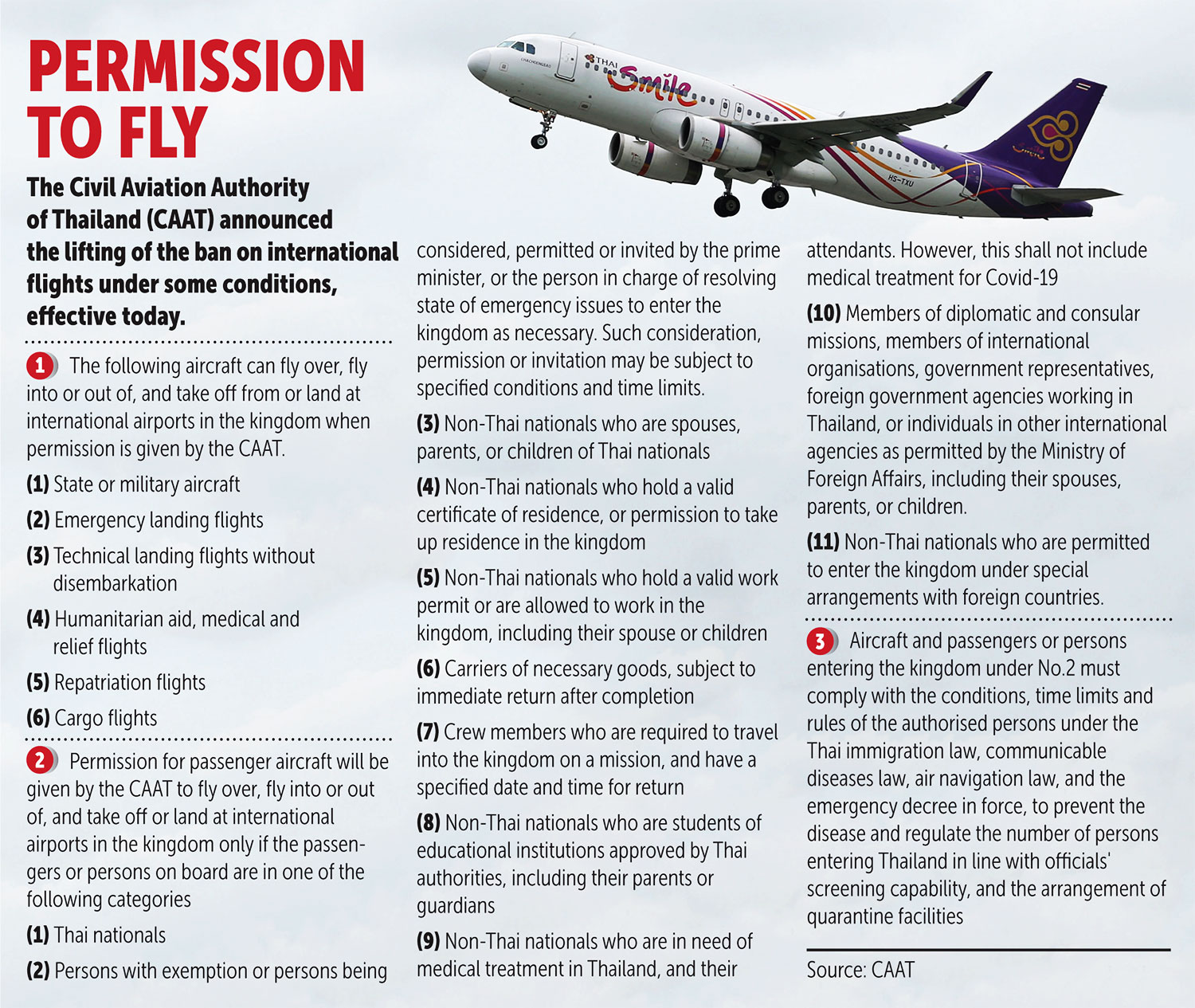 Hotels and eateries can register to join the package today and they must have a certificates issued by the Departmet of Tourism while the public can register on July 15 on www.เราเที่ยวด้วยกัน.com or We travel together, Ms Traisuree said. 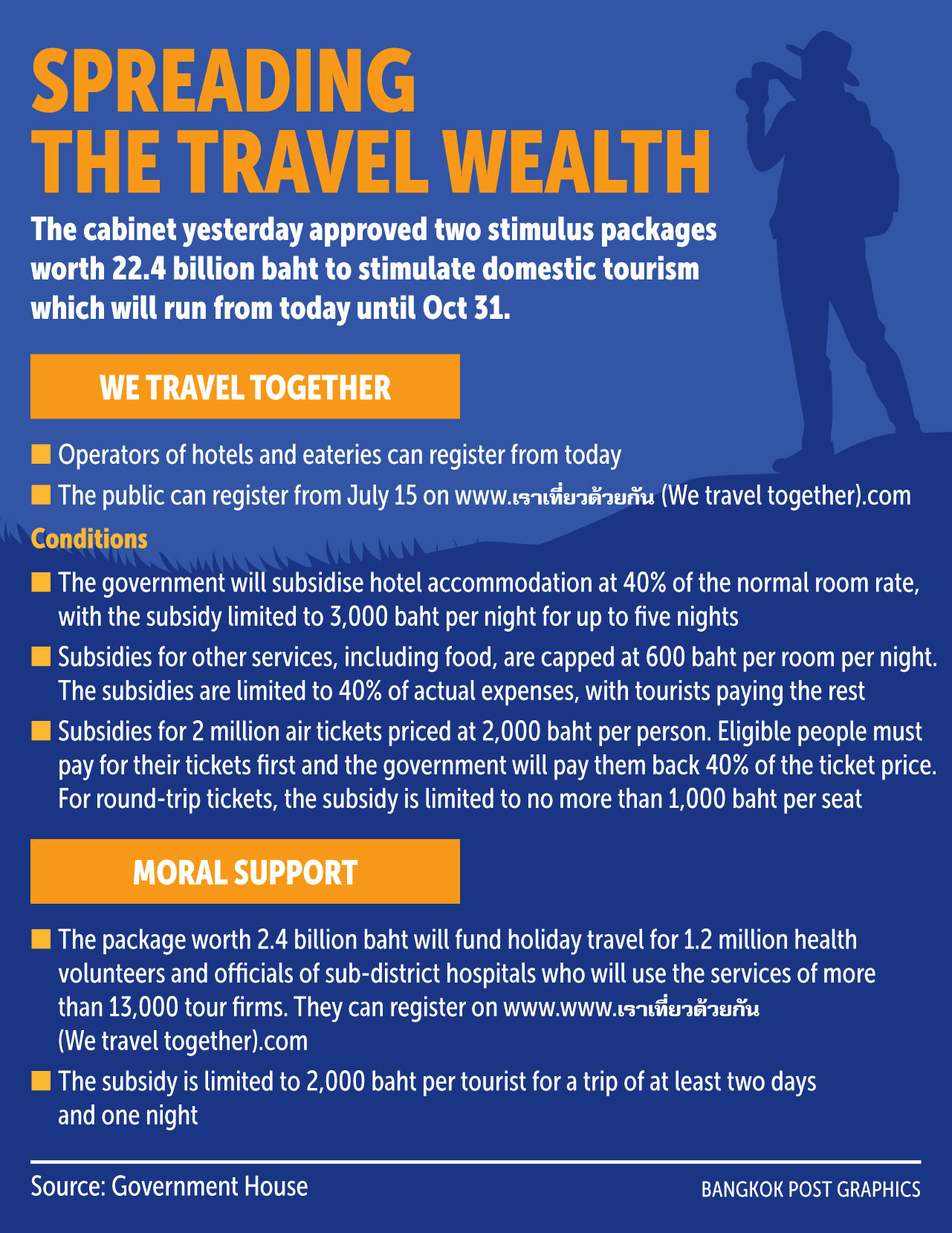 Speaking after Tuesday's cabinet meeting, Gen Prayut said he has instructed state agencies to hold meetings and seminars in the provinces in a bid to promote the hotel industry. Agencies must report their spending of the budgets, the prime minister said.

He also stressed the need for all hotels to take precautions to prevent Covid-19.

Gen Prayut also floated an idea to promote domestic tourism on weekdays to ease overcrowding on Saturdays and Sundays. Employees who take days off for holiday travel on weekdays under the campaign would have to work other days instead, he said.

Meanwhile, the cabinet on Tuesday also formally approved the extension of the enforcement of the emergency decree nationwide for another month, until July 31, as proposed by the Centre for Covid-19 Situation Administration (CCSA), government spokeswoman Narumon Pinyosinwat said.

The cabinet also endorsed the fifth phase of the easing of restrictions on the remaining businesses and premises as proposed by the CCSA.

They include pubs and bars, karaoke bars, and bath-sauna-massage establishments, which will reopen today.

From today, shopping malls, department stores and community malls will be allowed to open until 10pm from the current 9pm.

Other premises allowed to reopen will include schools and educational institutes, while night entertainment venues, pubs, bars, karaoke joints, beer halls and beer gardens will be allowed to open until midnight, with the enforcement of social-distancing rules. Customers must use the "Thai Chana" app to check in and out.

Ms Narumon said the CCSA proposed the extension of the decree because the coronavirus pandemic was still at serious levels in many parts of the world.

With the fifth phase of the relaxing of restrictions beginning today, powers under the executive decree for administration in emergency situations were still needed to control travel in and out of the country and support the tracking and quarantine of people suspected of being infected with the coronavirus, she said.

Gen Prayut reiterated that the extension was for the sake of public health, not for his power. He also warned against the sex trade at bath-sauna-massage establishments. Those involved will face legal punishment, he said.