No other choice, says education minister

Staff of the Business Organisation of the Office of the Welfare Promotion Commission for Teachers and Educational Personnel cry after learning they have been laid off.  photos by Pornprom Satrabhaya

The Business Organisation of the Office of the Welfare Promotion Commission for Teachers and Educational Personnel on Tuesday announced it had laid off almost 1,000 employees due to staggering debt and a lack of liquidity.

Secretary-general of the Office of Non-Formal and Informal Education, Disakul Kasemsawas, signed on Monday an order to terminate the employment of 961 employees out of a total of 1,035. The organisation said it had to let them go to cut costs and better align itself with its missions. The redundancies will take effect on Aug 1.

Late last year, the organisation cited the same reason when it laid off 227 employees, who then submitted a petition to the Education Minister, asking for justice and compensation of 16 million baht.

Secretary-general of the Office of the Welfare Promotion Commission for Teachers and Educational Personnel, Thanaporn Somsri, said on Tuesday the organisation's debts had deepened every year and now stood at more than 6.7 billion baht.

"If the office did not reduce the number of employees, its accumulated debt would soon reach 10 billion baht," Mr Thanaporn said.

The Office of the Welfare Promotion Commission for Teachers and Educational Personnel will lend 1.5 billion baht to the organisation to compensate the laid-off employees.

The organisation will use its assets, including land, buildings and machines, to pay back its debts and it was hoped the amount outstanding would be slashed to just one billion baht, he added. 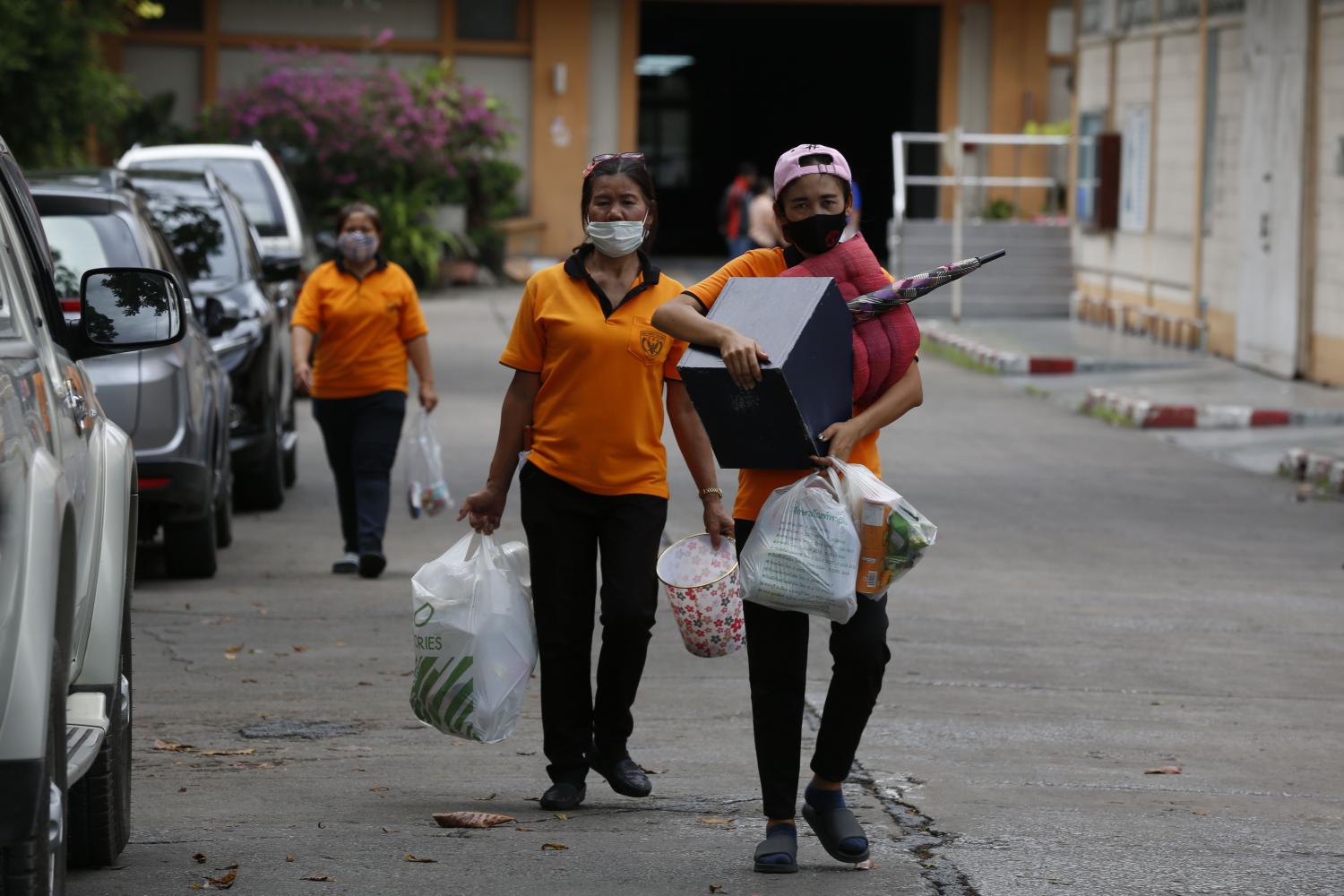 Employees pack their belongings as they leave their workplace on Lat Phrao Road. A total of 961 staff out of 1,035 lost their job at the organisation.

Education Minister Nataphol Teepsuwan said on Tuesday that as a member of a committee responsible for the redundancies, he felt uneasy but he noted that every dollar of the budget must be spent in an efficient way to drive the organisation forward.

"I am well aware that all of the employees are upset but they will be compensated according to the law. Compensation ranges from 1-4 million baht for each person," said the minister.

Mr Nataphol said the committee had made its decision based on data, not emotions, and that the organisation had let go of the employees to survive.

He added that the remaining 74 employees would be sufficient since the organisation which had been streamlined. Technology available today meant that there was no longer a need to employ so many people.

Niwatchai Taengphrai, president of the workers' union of the business organisation, said he and his colleagues were studying the redundancy order to see if it was lawful and fair to the employees.

Right now, the organisation's employees were very disheartened and dismayed, said Mr Niwatcha, because it had never occurred to them before that such an order might be issued.

"The organisation's bad debt was the result of mismanagement," he said. "The employees are the victims of mismanagement by executives who had been appointed by the Education Ministry and the government."