PATTAYA: Sukhawadee House, a major tourist attraction, went up in flames on Wednesday morning, just as it was about to reopen its doors after being closed for four months by the coronavirus lockdown

The blaze started in the ornate Buddhabaramee building and quickly spread to the main bulding.

Fire engines and crews rushed to the 80-rai compound in tambon Na Klua of Bang Lamung district after the alarm was raised about 10.30am.

The Buddhabaramee building houses many Buddha images and relics. The domed building is 65 metres wide and 80 metres long. It is famed for its wooden architecture. The building suffered major internal fire damage, with cracks to the building structure.

A Myanmar maid named Cherry said the tourist attraction was set for its reopening later on Wednesday.

She turned on the electrical system in the morning and went about her normal cleaning chores.

About two hours later she heard a loud noise and saw flames coming from the stage area and spreading quickly through the building.

Officials initially estimated damage at 200 million baht - excluding the Buddha images, objects of worship and other assets inside the structure.

The whole estate is insured for 2 billion baht. It belongs to Panya Chotitawan, chairman of Saha Farms Co. 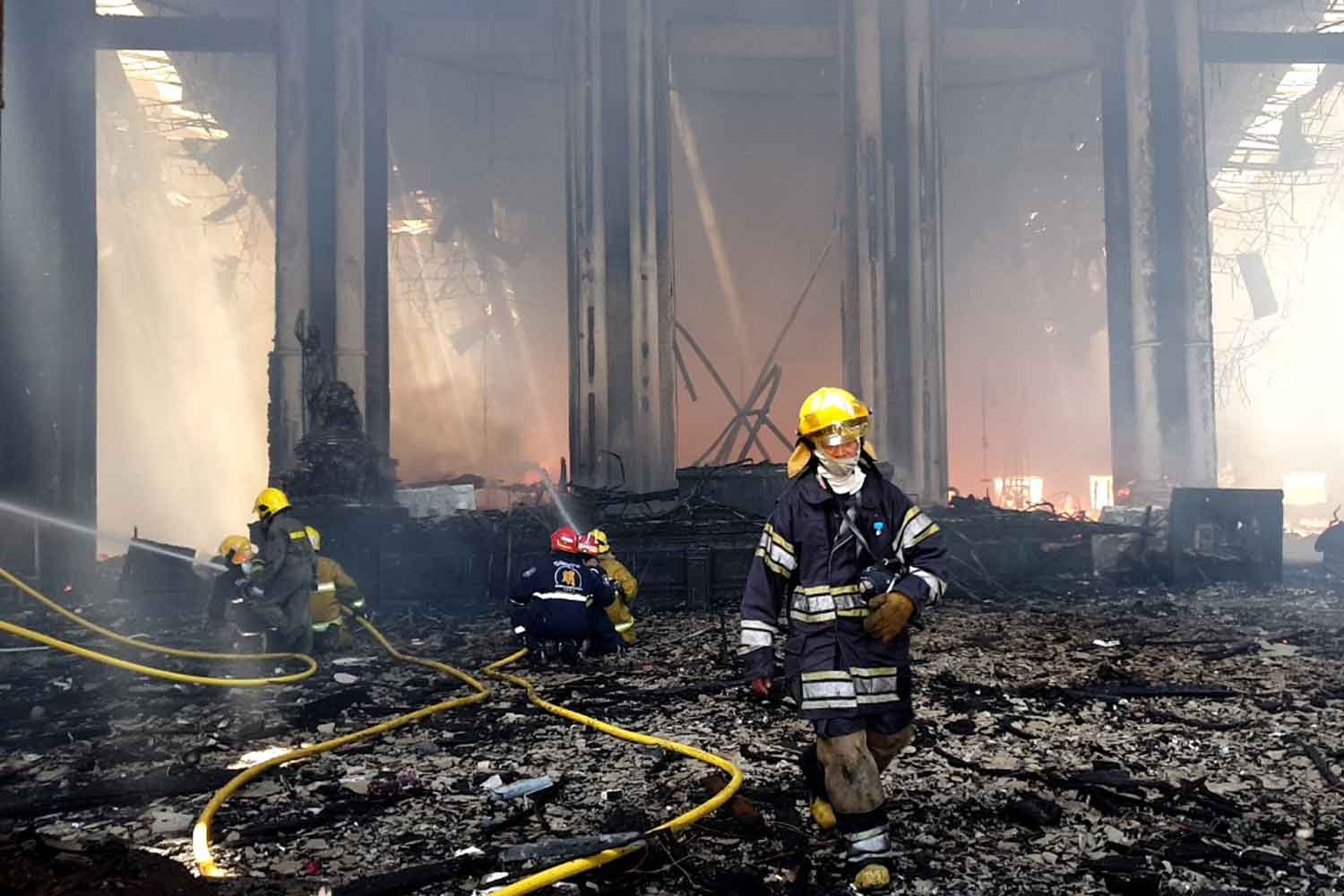